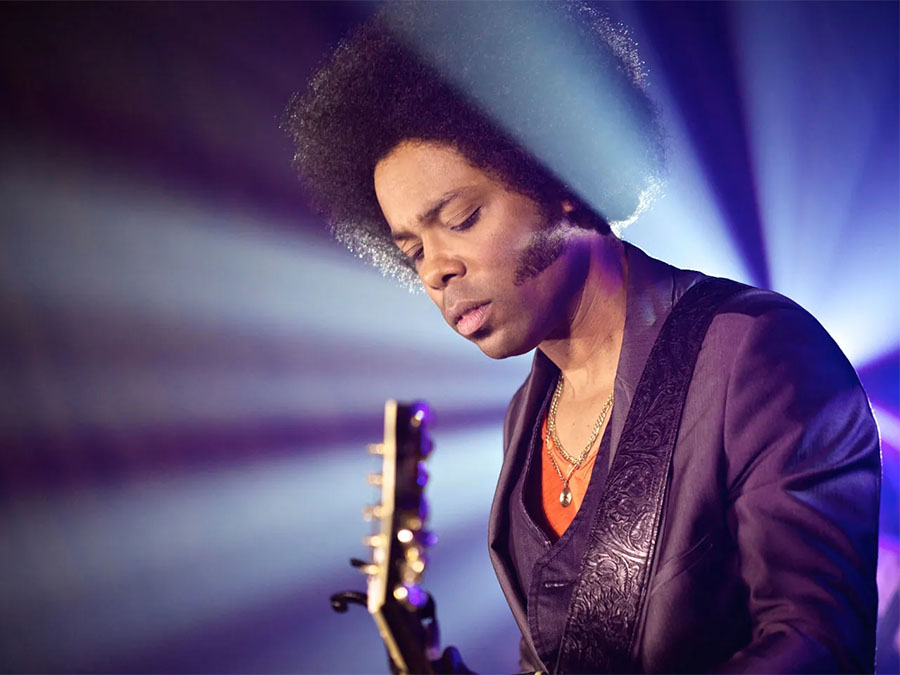 His sugarcane-sweet melodies, pop-soul hooks and powerful guitar riffs, relinquish a conventional stereotype that exemplifies much of the Latin music landscape.

Born Alexis Puentes in Artemisa, Cuba, he was immersed in music at a very young age, joining his father’s (respected guitarist and teacher Valentin Puentes) group of 24 guitarists.

Alex then went on to study electric and upright bass and touring and recording nationally and internationally. In 1999, Alex moved to Victoria, B.C where he recorded an album titled Morumba Cubana alongside his twin brother Adonis, as The Puentes Brothers.

From there, Alex released his third album, a self-titled project, Alex Cuba in 2009.
The album features his first ever English track titled “If You Give Me Love”. The album gained recognition on an international level. In 2010, Alex took home the award for Best New Artist at the 2010 Latin Grammy Awards, where it was also nominated for Best Male Pop Vocal Album. It also followed a nomination for Best Latin Pop Album at the 53rd Annual Grammy Awards in 2011

He also won his second Latin Grammy Award – this time as a songwriter. Alongside co-writer Yoel Henriquez received the award for Best Tropical Song for the Milly Quezada’s single, “Toma Mi Vida”. In 2013, he again brought home a Latin Grammy for the video “Eres Tú“ from Ruido En El Sistema, a video produced entirely in his hometown of Smithers.

Alex Cuba’s 5th studio album, Healer, was recorded in New York, USA and Victoria, Canada, using a live rhythm section, trading in horns for guitars and vocal harmonies. With five duets with singer songwriters, four being Canadian, Ron Sexsmith, David Myles, Alejandra Ribera and Kuba Oms as well as New Yorker Anya Marina, it is an upbeat, acoustic soul album full of optimism and reality as Alex always has a silver lining on melancholy of any form.

The album won a Latin Grammy for best Singer-songwriter and was nominated for a Grammy as best Latin Pop in 2016. In 2017, Alex completed his 6th album Lo Único Constante, beginning in Spain and passing through Montreal to record a single with Jean Massicotte.

Then meeting up with the rhythm section from Healer in Baker Studios to record and mix 12 songs that delve deeper into Alex’s songwriting roots, focusing on nylon string guitar and upright bass. Looking at the “filin” movement in Cuba of the forties that fused jazz and trova together with emotional but not sad lyrical content. Music that influenced his writing style to this day. The album was nominated for both a Latin Grammy for Best Singer-Songwriter and Grammy for Best Latin Pop.

In 2019 Alex Cuba embarked on his first ever self produced collection of songs featuring 5 collaborations, this time with Latin American singer songwriters, recorded in Gibsons BC with John “Beetle” Bailey and mixed at John’s Drive Shed studio in Ontario. The album received a Latin Grammy Nomination and performance at the televised Award Show in Miami November 2020.

2021 has Alex recording at home and adding recording engineer to his credits as musician, singer-songwriter, producer. From the healing voice of Grammy Award winning Lila Downs on “Mundo Nuevo”, to his colourful collaboration with world-renowned flamenco artist, Antonio Carmona, and commissioning a 13-piece horn band from his native country of Cuba, Alex’s vibrant eighth studio album, Mendó, is filled with international collaborations.

The artwork for the album marks another international project, created by an artist in Trinidad and Tobago, Brianna McCarthy, who caught Cuba’s eye when he noticed her work on the cover of a book and was drawn to “her unique interpretation of the African diaspora”.

His musical evolution for years was all about searching for the simplicity and soul in Cuban music – taking apart the complex arrangements, mixing it with North American influences, adopting the melodic simplicity of pop music, looking to Cuban folk traditions for inspiration – he’s always exploring, always creating something fresh and new, and always, it seems, getting it just right.

Related Topics:Alex CubaCanadaCuba
Up Next