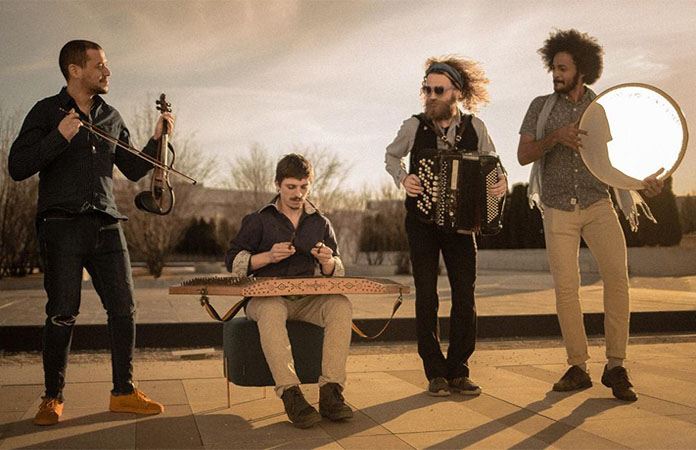 For thousands of years, many people have called the place we now know as Toronto “home.” Located on the territory of the Mississaugas of the New Credit and the traditional territories of the Haudenosaunee, Anishinabe, and Huron-Wendat, various other populations have also chosen to make a home in Toronto over the last several centuries. Whether the result of opportunity or tragedy, the movement of people into our city has made it one of the most diverse on the planet. As a result, the concept of “home” in the Torontonian context is a complicated one. This event is about coming together to explore that very idea.

The groups that have come together for this special event are also committed to and emblematic of that mission: AraBest provides a connection point for the Arabic communities from which its members are drawn and a mission to introduce audiences from outside of those communities to the places and traditions they come from. Moskitto Bar, meanwhile, is an apt metaphor for a city like ours, and of the magic that ensues when artists from different traditions — in this case, French, Iraqi, Algerian, and Ukrainian — come together in new contexts. What is created is not only a new form of expression, but also evidence of what unites us. Native Women in the Arts, an organization devoted to showcasing First Nations, Inuit, and Métis arts and artists, present Frazer Garison Sundown and The Ukwehuwe Connection, a group dedicated to highlighting the culture of the Haudenosaunee through song and dance.

AraBest, initially formed as SYCA and featured in the Aga Khan Museum’s 2017 exhibition Syrian Symphony, expand the Syrian repertoire to incorporate music from across the Arab world. Comprised of Arab musicians who are recent arrivals to Canada, the newly renamed group presents traditional Arabic music with modern twists. AraBest is committed to bringing the feeling of home to fellow immigrants and refugees from the Middle East, as well as introducing audiences to the variety of expressions, traditions, and ideas coming from the region, and how they interact with what is happening in their new home.

Moskitto Bar started with the connection of three talented artists playing in the woods at Ontario’s OM Festival, while the mosquitos fed on them. After a month of jamming and playing together, the connection was only stronger. Ahmed Moneka (from Iraq) brought his Middle-Eastern deep soul influence on percussion and vocals, while Yura Rafaliuk (from Ukraine) brought his Ukrainian/Balkan flavour on cimbalom and vocals, and Tangi Ropars (from France) added lively Celtic/Romany melodies to the accordion and on vocals. Meanwhile, like their namesake bug — but nicer — they all feed off each other musically and gain inspiration through sharing. Moskitto Bar involves and collaborates with a range of different artists. The newest member, Fethi Nadjem, adds a traditional North African/Algerian influence with violin, mandole, and vocals.

Oneida Nation group The Ukwehuwe Connection highlights the culture of the Haudenosaunee people through song and dance, traveling to many communities to share their knowledge of song and dance. The group’s members, who have performed across North America and Europe, have been singing and dancing since they could walk and talk, and consider song and dance as gifts from the creator to cherish. As the Oneida Nation specifically honours women, the decision makers and life givers, the performance will be in honour of all women. The group is led by Turtle Clan member Frazer Sundown, who grew up on the Tonawanda Indian Reservation near Basom, New York, where he developed a gift of singing as well as a love of drumming and Indigenous music through the influence of his parents. He was nominated for Best Indigenous Language album at the 2017 Indigenous Music Awards for Love is a War Dance, and has performed and recorded with JUNO Award-winning artists such as DJ Shub (Formerly of A Tribe Called Red).

Presented in partnership with: Native Women In The Arts