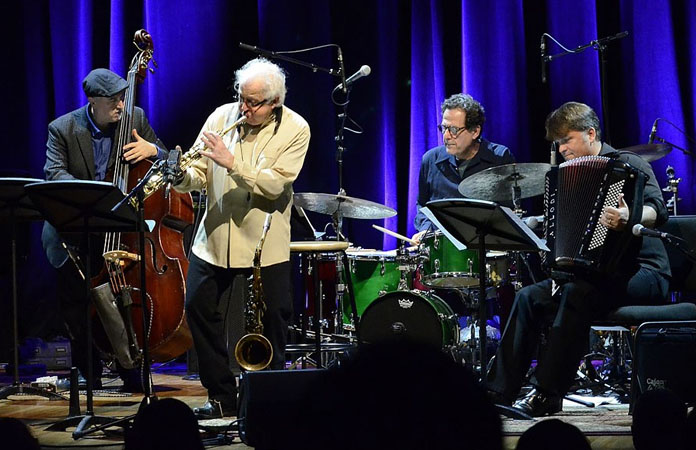 Two of the world’s greatest percussionists, Jamey Haddad and Cyro Baptista, are joined by other stellar improvisers in this double-bill of global music.

Jamey Haddad met saxophone player Billy Drewes when both were music students in Boston. Nearly 45 years later, the longtime friends recorded nine tunes written by Drewes and performed by Under One Sun, eight musicians who represent five countries and whose ages span five decades. “As my musical journey led me from one continent to another, and as I experienced a planet crying out for understanding, this team of players cosmically came forward,” says Haddad. “The sheer joy of every member experiencing their bandmates’ artistry truly exemplifies the human capacity to celebrate what makes us unique.”

Baptista’s program pays tribute to Brasil’s great composer, Heitor Villa-Lobos. “Baptista has assembled a group (Vira Loucos) both light on its feet and capable of negotiating the trickiest of rhythmic passages and deliriously romantic melodies with wit, enthusiasm, and grace. (AllMusic)

Lila Downs at Sony Centre for the Performing Arts in Toronto