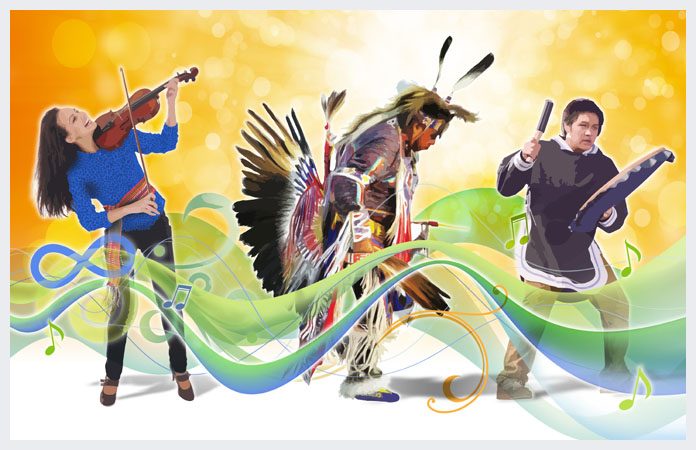 In June, Canadians celebrate National Indigenous History Month to honour the history, heritage and diversity of Indigenous peoples in Canada. It is also an opportunity to recognize the strength of present-day Indigenous communities.

This year’s celebrations are particularly special as National Indigenous History Month marks its 10 anniversary. It follows the passing of a unanimous motion in the House of Commons in 2009, creating what was then known as National Aboriginal History Month.

The Government of Canada is proud to acknowledge that UNESCO declared 2019 as International Year of Indigenous Languages to raise awareness of the crucial role languages play in people’s daily lives. According to results from the 2016 Census, from 1996 to 2016 the total number of people in Canada who were able to speak an Indigenous language went up by 8%.

The Government of Canada will continue to raise awareness and take action to improve the preservation and promotion of Indigenous languages to revitalize traditional knowledge, songs and cultural identity.

The history of First Nations, Inuit and Métis is essentially the very history of our country as they are the first peoples of Canada and continue to play important roles in its development and its future. Learn about the history of Indigenous peoples in Canada, their contributions to the War of 1812, Reconciliation and more.

June 21 is National Indigenous Peoples Day. This is a day for all Canadians to recognize and celebrate the unique heritage, diverse cultures and outstanding contributions of First Nations, Inuit and Métis peoples. The Canadian Constitution recognizes these three groups as Aboriginal peoples, also known as Indigenous peoples.

Although these groups share many similarities, they each have their own distinct heritage, language, cultural practices and spiritual beliefs.

In cooperation with Indigenous organizations, the Government of Canada chose June 21, the summer solstice, for National Aboriginal Day, now known as National Indigenous Peoples Day. For generations, many Indigenous peoples and communities have celebrated their culture and heritage on or near this day due to the significance of the summer solstice as the longest day of the year.

National Indigenous Peoples Day is a wonderful opportunity to become better acquainted with the cultural diversity of First Nations, Inuit and Métis peoples, discover the unique accomplishments of Indigenous Peoples in fields as varied as agriculture, the environment and the arts, and celebrate their significant contribution to Canadian society.

Get more information on National Indigenous Peoples Day and learn how to plan this special day.