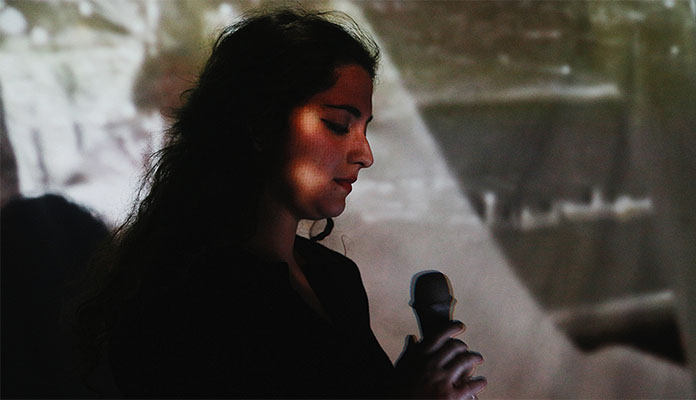 Since 2016, Aga Khan Museum’s World Music Series has been connecting cultures and inspiring conversations. This season the series continues under a new banner of Global Conversations with the rhythms and sounds of Italy, Egypt, Israel, and beyond.

Land of Kush is a large ensemble assembled and directed by composer and musician Sam Shalabi. A key figure in the Cairene and Montreal jazz and free-improv scenes, Shalabi has gathered a powerhouse group of musicians, comprised of two Cairo natives on the cutting edge of the regional music landscape and a cast of musicians from Montreal’s Mile End scene, centred around Constellation Records who are among some of Canada’s most forward-thinking contemporary performers.

Among Shalabi’s many projects, Land of Kush is the most ambitious and impressive: described as “alive in ferocious form,” the group, which involves more than 30 musicians and two dozen different instruments, has never performed outside of Quebec. Land of Kush has released three albums, the most recent of which, 2013’s The Big Mango, is Shalabi’s “love letter to Cairo” written in the wake of his extended stay in the city during the events of the Arab Spring.

Sam Shalabi, guitarist and oud player, has been one of Montreal’s most unique and prolific players for more than a decade and a half, appearing regularly in and composing for a range of jazz, free improv, and avant-rock ensembles. His group with Maurice Louca and Alan Bishop (Sun City Girls), The Dwarfs of East Agouza, has been lauded as “high energy psychedelia at its undefinable best” and “taut, hip-shakingly brilliant stuff.”

Maurice Louca “captures some of the energizing cultural possibilities currently available in [Cairo]” (the Guardian). His 2014 album Benhayyi Al-Baghbaghan (“Salute the Parrot”) was widely praised for its genre-bridging and -defying combination of psychedelic, chaabi, dance, and more, announcing a rare talent. His many projects include the Lekhfa trio, featuring “three of the most innovative and consistently exciting artists in the Egyptian and Middle Eastern music scene,” (Cairo Scene) which the Wire said “opens doors to worlds beyond.”

Nadah El Shazly may have begun her performance career in a punk-rock cover band, but her explorations of traditional Egyptian vocal techniques alongside a deep interest in and talent for jazz, classical, blues and electronic music have made her a unique and sought-after talent. Her debut album, which she composed, wrote, and produced in collaboration with Maurice Louca and Sam Shalabi, has been called “an otherworldly experience… [that will] leave you in an altered state, with your senses tingling” (Cairo Scene).