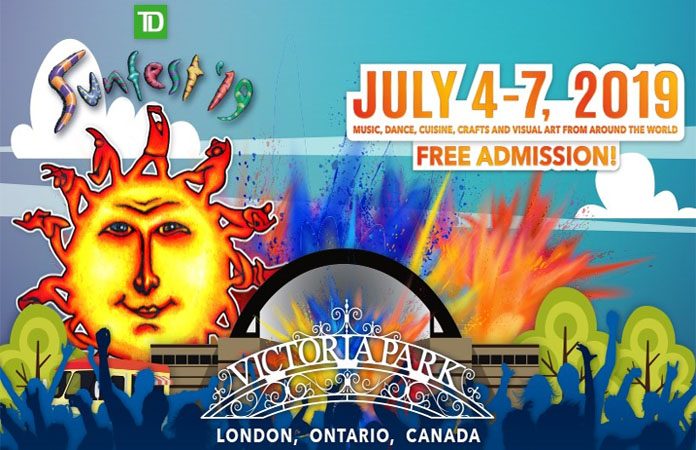 Based in London, Ontario, where it has been active since 1989, the SUNFEST-London Committee for Cross Cultural Arts Inc. is a non-profit arts organization with a strong mandate to support diversity and artistic excellence in music, dance and the visual arts. Sunfest prioritizes accessibility and inclusivity in a range of year-round activities, representing and programming to all members of the London community, and patronizing several mainstream arts venues in Downtown & Old East London, including Aeolian Hall, London Music Hall and TAP Centre for Creativity.

Their signature event, SUNFEST, has such broad appeal and cultural vibrancy that it now attracts more than 225,000 annual visits from near and far. Since its inception 25 years ago, the summer festival has operated as an international tourism draw, and this is reflected in organizers’ scrupulous attention to cross-border and overseas promotion, as well as year-round participation at many of the planet’s leading jazz & world music showcases to scout la crème de la crème of global talent.

To ensure its long-term sustainability, the Sunfest Committee has been extremely proactive in cultivating enduring relationships with about 225 like-minded food, craft & visual arts exhibitors, and a strong core of public and corporate partners. 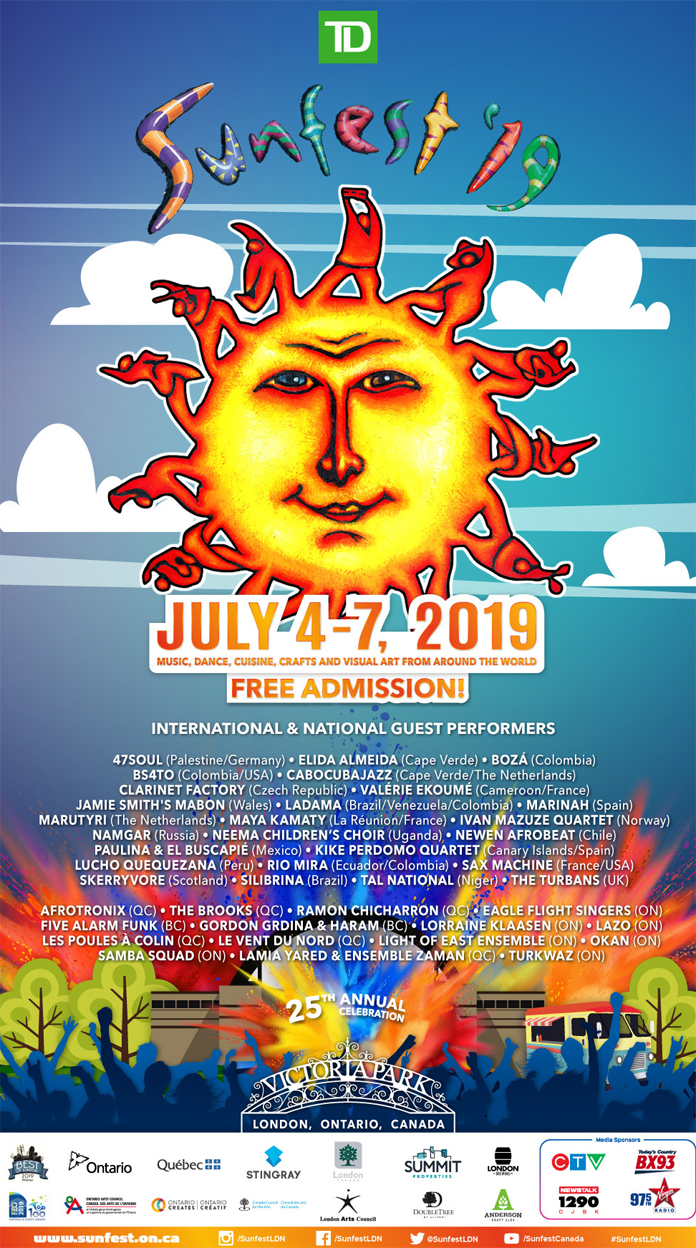