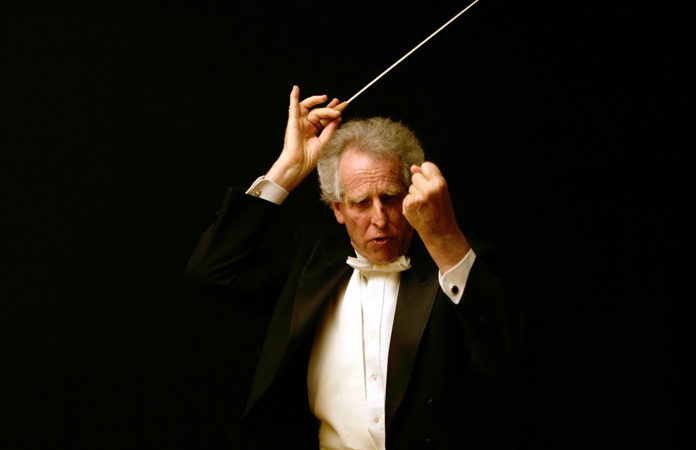 “Don’t only practice your art,
But force your way into its secrets
For it and knowledge can
raise men to The Divine.”
Ludwig van Beethoven

The Journey of the Spirit
The life and work of Benjamin Zander seems to come together in a space where the sacred Psalms of King David and the secular Song of Solomon meet: a place where creation is celebrated with the deepest meaning and expectation of life – in all of the loving glory of its creator – as expressed in the profound beauty of music and poetry. Zander has written music in his early years, like King David did; but whatever love poetry he composed unlike King Solomon, remains unpublished. Nevertheless his sensibility has been formed by the artistry of both these figures of our common ancestry. While on the subject of music and poetry it is probably a matter of no small significance that Maestro Benjamin Zander is Jewish.

Significant also is this fact: Zander is blessed in a way few men are and because of this he may have completely unlocked the secrets of his art – the art of music – leading him to its greatest treasure: that which makes it first and last “heart music”. And so no matter what its sophistication as we know from the Great Masters it is as if Zander had managed to do – and continues to do – what Beethoven advised; that he not only practice his art, but “force your way into its secrets for it and knowledge can raise men to The Divine”.

In a seemingly less celestial (or is it more celestial) manner; certainly as a nevertheless important matter of fact, Benjamin Zander has recently released what could easily be seen as his “Holy Grail” recording of Beethoven’s last and greatest work, his Ninth Symphony. The disc – simply albeit significantly entitled Nine – is a tour de force and features the iconic Philharmonia Orchestra together with the Philharmonia Chorus and the late Stefan Bevier, Chorus Master. Why is it a “Holy Grail”? The answer is simply this: 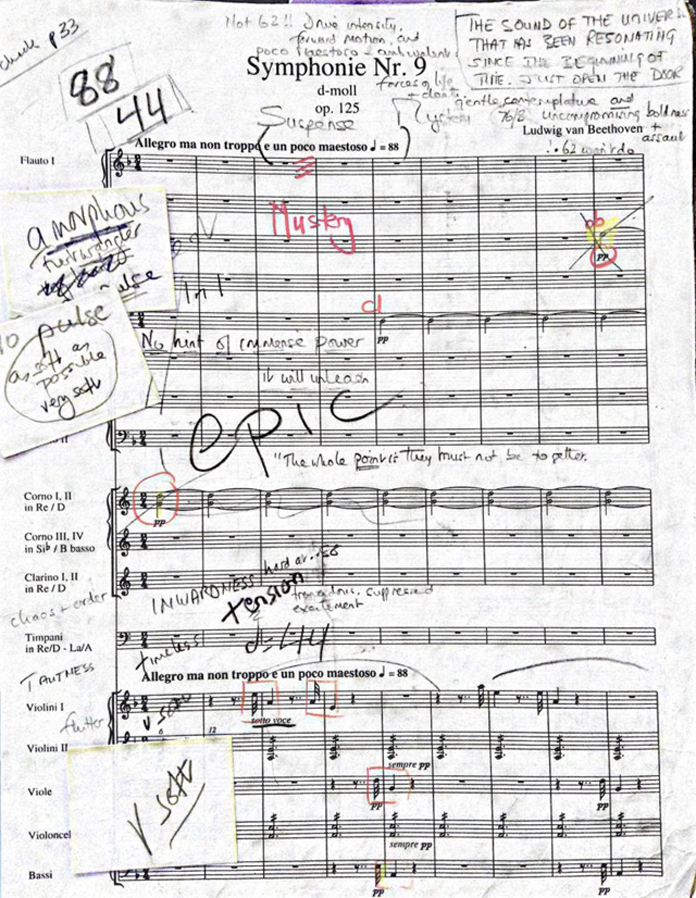 Benjamin Zander has been “working” at his “definitive” version of The Ninth for almost four decades. He has been studying it, researching its background, reading its score – possibly several published versions of it – and even recording it in 1983 with the Boston Philharmonic Orchestra and the Chorus Pro Musica (Masters/Pickwick Group, UK) and again in 1992 with the Boston Philharmonic Orchestra (including using Beethoven’s suggested tempi and metronome markings . In short relentlessly pursuing it and in a manner of speaking, its creator as well, just as Beethoven himself might have advised Benjamin Zander has been “forcing” his way into “its secrets”. Predictably and proverbially, Zander discovered what he believes to be the true tone and manner of The Ninth; the one that Beethoven himself had intended for it. It takes courage to pursue The Ninth so relentlessly. But it also took a sense of childlike wonder, which Benjamin Zander, at nearly 80 years old, has plenty of.

Remarkably it also took an enormous amount of time – over forty years, by some estimates; almost the exact amount of time that it is believed it took the Israelites to journey to reach Canaan and Galilee for those of us who are keeping track. At any rate (and even if you aren’t beholden to the magic of numbers) it took an extraordinarily long time to arrive at this interpretation of Beethoven’s magnum opus, a definitive one in every way; technically perfect, according to the intentions of Beethoven’s personal markings indicated in the one published by B. Schott’s Söhne (Mainz) in 1826. The results might shock – even dismay – many. But there can be no doubt that the greatest work of “heart music”, Beethoven Ninth Symphony in D Minor Opus 125 ”Choral” has turned out to be one of the great defining events in music; a performance that properly expresses Beethoven’s intentions and in all its transformative power and glory.