The Ninth Symphony Opus 125 “Choral” by Ludwig van Beethoven has been performed by some of the world’s most iconic orchestras, conducted by some of the greatest maestros – including on its debut in 1824 with Beethoven on stage. Wilhelm Furtwängler first performed it with The Berlin Philharmonic Orchestra in 1942; then again with the Choir and Orchestra of the 1951 Bayreuther Festspiele (EMI). Herbert von Karajan has done so several times including a masterful performance in 1951 with The Philharmonia Orchestra that was founded by the great Walter Legge, who also produced Mr Furtwängler’s iconic (1951) performance in Bayreuth. Among others is the great Erich Kleiber’s version with the Vienna Philharmonic Orchestra as well as phenomenal versions by Bruno Walter, Otto Klemperer and Georg Solti. Another touchstone was the René Leibowitz’s performance conducting The Royal Philharmonic Orchestra and The Beecham Choral Society released 1961 by Reader’s Digest (but probably recorded earlier). There is also a historically informed performance by Sir Roger Norrington, using Beethoven’s suggested tempos, with his London Classic Players (Virgin Classics, 1987). 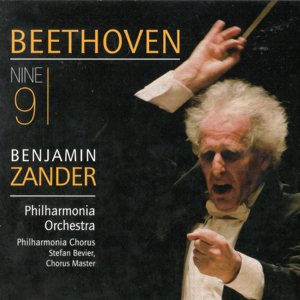 Benjamin Zander acknowledges all of the above as being performances of great significance and importance. Truth be told, the ones by Furtwängler and Von Karajan are probably likely better known for their historic nature and the elegance of the performances. However, Benjamin Zander reading Beethoven’s score over and over, and over again “heard” something different; more than likely what Beethoven himself heard as he was writing and polishing his Ninth Symphony and it had to do with his discovery of the Metronome thanks to the device invented by Dietrich Nikolaus Winkel in Amsterdam in 1814 but perfected by Johann Nepomuk Maelzel. Beethoven began introduce metronome markings to his compositions in 1817, seven years before the celebrated premiere of The Ninth, much to the consternation of some critics after that performance on 7 May 1824 in the Theater am Kärntnertor in Vienna audience but also – judging by confirmed reports of the prolonged and ecstatic applause – to great appreciation.

Zander’s Ninth is Beethoven’s Ninth
We know that the idea of setting Fredrich Schiller’s “Ode to Joy” came to Beethoven as early as 1793, but it was not until the winter of 1823-24 that he completed the work for which that poem provided its climax – the “Symphony No. 9 Opus 125” or the “Choral Symphony”. It is a work so stupendous that later composers felt a superstitious dread of completing their own ninth symphony, as if it were tempting fate to attempt to venture beyind the number marked by Beethoven’s final work in the genre. For others, however, this ninth symphony was a catalyst. Beethoven’s fusion of poetry and orchestral music inspired Berlioz’s epic vision and was the starting point for Wagner’s obsession with developing an art form that would make possible the expression of unbounded feeling. 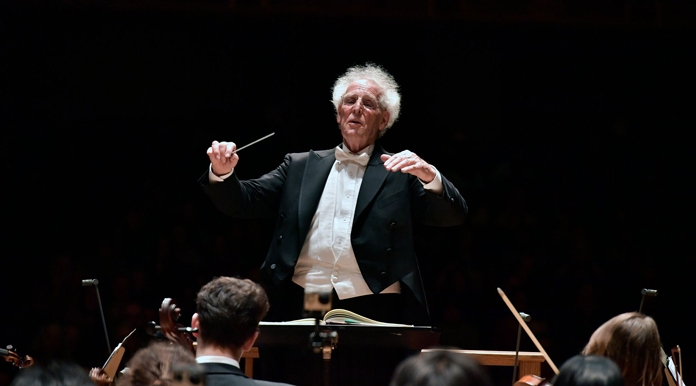 Zander’s “Ninth” sounds faster than most of the other iconic versions of “The Ninth” mentioned above, but clocks in at 58:39, while most of the others last over an hour. But it is electrifying and captures the extraordinarily diverse (and draining, for performers) four movements in all their glory. And in the tempi and at the metronome values that Beethoven had so assiduously marked. As a result the rhythm of Movement I assigned by Beethoven with words Allegro ma non troppo, un poco maestoso at ♩=88 (marked by Beethoven) turn the long opening movement into one combining the unbridled excitement of innovative orchestration with formal restraint. The fiery scherzo, Beethoven’s Schrezo: Molto allegro – Trio: Presto – Molto allegro marked 𝅗𝅥=116 (by Beethoven) becomes in Zander’s hands, expressed by the members of the Philharmonia, as a most amazing piece of music that seems to be on the brink of being forced apart under its own head of steam.