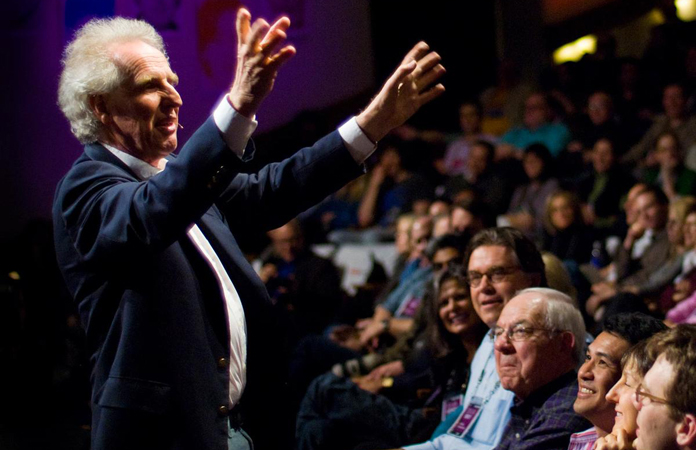 The Unique Light of Benjamin Zander
It has been variously suggested that Benjamin Zander is a musical “disruptor” and a “stirrer up of strife”, and if you believe any one of his (predictable) detractors, you will be led to the conclusion that very little can come of such so called “impetuosity”. But the world has not seen anyone like Zander – some say, “not yet”, but I rather think that there will not be another like him in our lifetime. His uniqueness arises from first being of German Jewish origin – a very powerful combination in a human being as history has proved it to be. But his and here I like to believe that he is, like Beethoven and Mahler (he is closer to the latter, I believe), a socialist at heart. Whether a lifetime in Britain had anything to do with this is a moot point. I believe his socialism – which is more like a kind of “prophetic humanism” – has been inspired by his father, a musician and lawyer, and sculpted by the notes of music that continue to leap off the page and embed themselves into his psyche.

These are the notes of the music of the great composers and as men like Beethoven and Mahler has gone on to express their unique and life-transforming visions Zander has opened his heart and soul to their message and intended effect. This is why he has been able to use expressions of tempi and mathematical figures into wondrous auditory sculptures, made seemingly from air. Many thousands, indeed millions of audience-members and viewers sit and watch rapt as he speaks taking music on the road with him everywhere. He talks to me about his Nine, as the project is called, expanding on his own words on the two “Discussion” discs that accompany the performance of Beethoven’s Ninth Symphony. And I am at once transformed into a neophyte of a master. I am transported into the Romance of Beethoven’s quest to write his magnum opus. And as we crisscross the subjects that range from “Beethoven and Tempo: the miracle of the metronome” and “what, exactly constitutes a “slow” tempo?” to what he refers to in these discussion discs as the “Extremely Controversial Points & Explanations” of the “March”, “Double Fugue”, “Scherzo, Trio and Prestissimo” sequences.

Everything albeit glued by daunting and dense pedagogy suddenly becomes clear as day. I hear his words over the earpiece of my telephone, but Beethoven’s music in my head. This is also what has made Zander unique in the world of music: you are transported twice; once by the music and for a second time just being seduced into a place of great light just listening to (and/or watching) Benjamin Zander be Benjamin Zander. This is what has endeared him generations of musicians. He says he draws his power from the musicians who surround him. But somehow you know that it is not fear that makes them willing to follow him to heaven or hell, but an unconditional love that assures them that he (and the music) will lead them to the former, celestial place.

If you are not one of his musicians – of the Boston Philharmonic Orchestra and/or the Boston Philharmonic Youth Orchestra – you will get a sense of this aura of light that surrounds Benjamin Zander when you read the book The Art of Possibility, which he co-authored with his brilliant wife and leading psychotherapist, Rosamund Stone Zander. This is another wonderful way to undertake a life – your life – journey with Zander and Zander. You will find that nothing short of “scales will fall away from your eyes” as you negotiate the breathtakingly beautiful narratives chapter after chapter. These range from the practice of “Giving an A”, an “enlivening way of approaching people that promises to transform you as well as them. It is a shift in attitude that makes it possible for you to speak freely about your own thoughts and feelings while, at the same time, you support others to be all they dream of being.”

How appropriate for a conductor and his orchestra is that? Impressive, you think? And then you come across this too: the art of being a “one buttock” musician, where Zander coaxes and inspires his musicians – young and old alike – to lean their bodies into the music as they play it, and shifting the weight of their proverbial posteriors from “one buttock” to the other depending on where the emotion of the music leads, of course. Then there is the art of Zander’s “White Sheets” a technique he initiated by which he puts a blank white sheet on every (music) stand before a rehearsal with instructions to each musician “to write down any observation or coaching for me that might enable me to empower them to play the music more beautifully.” And on and on it goes as Zander and his wife change places to exhort readers no matter where they are or what they are doing to practice The Art of Possibility with a promise that they are more than likely to transform their lives in process.

It is not simply Maestro Zander who is the enabler here. Rosamund Stone Zander is equally inspiring and together they are the formidable team that swathes you in – quite remarkably – the possibility you end up seeing in yourself. I asked Zander if he could recall something that had happened while he was in the process of completing another project, Gustav Mahler’s Ninth Symphony, which he and the musicians of his beloved Boston Philharmonic Youth Orchestra will be taking across the world later in June 2018. In response he read to me the words of 15-year-old violinist (of the Boston Philharmonic Youth Orchestra) Ashley Kim’s spontaneous “White Sheet” after the final rehearsal for Mahler’s 9th in Symphony Hall this March (2019):

“I had the most surreal experience during the 4th movement. At measure 70, as my bow arm went from frog to tip and my left hand was doing the richest vibrato I could, Mahler’s message suddenly became very clear to me. My soul seemed… apart from my body for a moment. In that vulnerable moment, the melting pot of Mahler’s grief, pain and undertones of exhausted acceptance poured scaldingly on my body, piercing every nerve. I will never forget that moment of realization and exposure that I had yesterday in the 4th movement of Mahler’s Symphony that truly changed my mind and the intensity of my passion for life, love and music. 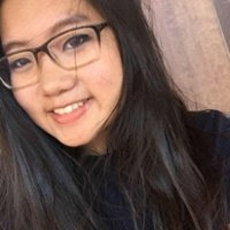 In the whole last 3 measures of the Symphony, my breath refused to leave my body. My pounding heart seemed like an intruder in the room as Mahler’s last breath embraced every soul in the hall. Somehow, my Being became part of Mahler’s breath at that moment, and my soul cracked with him like that of a broken soldier, that had fought the battle of life.

“I cannot wait to share our magic of Mahler’s 9th Symphony with the world. We will make each and every note a letter of Mahler’s message a monumental experience to every soul in every Hall, starting tomorrow with those in Boston Symphony Hall and then in Europe in June. Every person who has the chance to listen to BPYO will have their life changed and their eyes opened.”

Copies of Benjamin Zander’s Beethoven Nine are available on iTunes/Apple Music: www.itunes.apple.com and physical copies of the CD can be purchased at www.cdbaby.com
Copies will also shortly be available on Amazon.

Acknowledgements: My eternal thanks to Diane Blackman who first brought this up and introduced me to Benjamin Zander and also to Rosamund Stone Zander. I was riveted by the empowering stories in their transformative book The Art of Possibility in the weeks that led up to the 31st of May when I telephoned Benjamin Zander which put the cherry atop the proverbial cake. And to Maestro Benjamin Zander, in whose presence I will forever stand humbled. “Thank you maestro, for this version of Beethoven’s Ninth Symphony in D Minor Opus 125 (Brattle Media, 2018). Listening to it was as life-changing for me as was Wilhelm Furtwängler’s (1951) Bayreuth version, which I first listened to in 1962.”