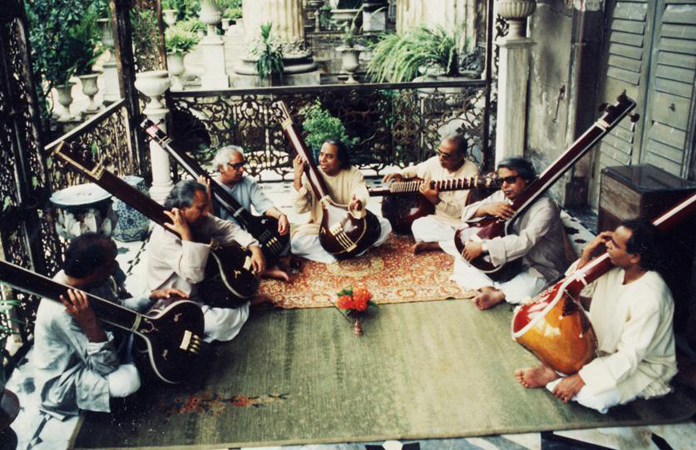 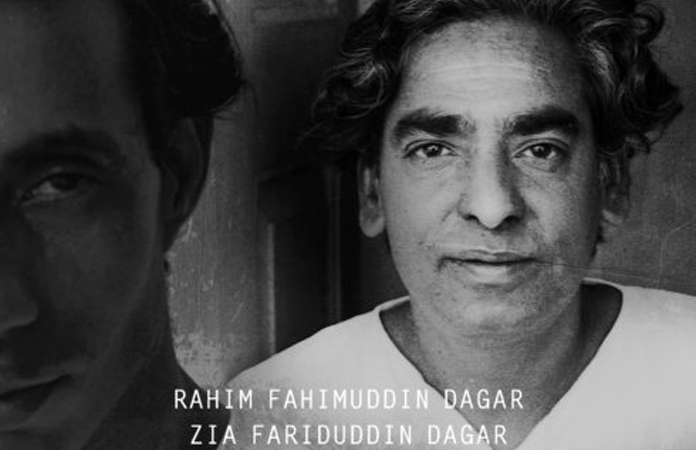 Music by the Dagar family of musicians is available through many sources though many of these are rather difficult to get. Over the years, however, the iconic Swedish musician, drummer and ethnomusicologist Bengt Berger, legendary for his great (1980’s) band Bitter Funeral Beer which also included the incomparable trumpeter Don Cherry, has been involved in making field recordings of some of the most rare and beautiful performances of music of Africa and India. Mr Berger founded the label, Country & Eastern in Stockholm and its small, but significant catalogue includes some of the most spectacular performances by Jazz, African and Indian musicians. In India, Mr Berger has been christened Sopan Dev, by his teachers. He has been travelling to and performing in that country for decades.

The Country & Eastern imprint has recently made available these three digital releases. Each is a rare concert, which arose from an impromptu performance; literally because the Dagar musicians have been inspired to sing. One is witness on each of these magical recordings, as the Dagars arrive at that ecstatic moment when the anahata and the ahata collide. 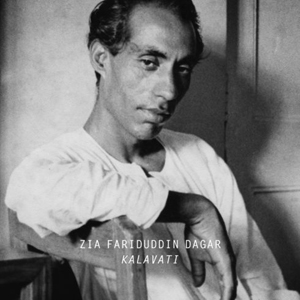 Zia Fariduddin Dagar: Kalavati This raag Kalavati was originally derived from a Carnatic raga, Yagapriya). It is conceived in a modified HIndustani mode of thaat where the second and fourth tones (“re” and “ma”) are not heard at all. Among its most celebrated versions are performances by Roshan Ara Begum and the legendary Gangubai Hangal. On his performance Zia Fariduddin Dagar evokes the ink-black atmosphere of midnight as he glides in the downward motion of the melody. His delivery is magical and captures the profound mystique of the darkness as if floral drapery was swirling around in an atmosphere heavy with the perfume of the night. This masterful “Alap” section unfolds in a gorgeous spiral alternating between the sinuous “Jor” and “Jhala” sequences. In the “Dhammar” sequence Zia Fariduddin Dagar conjures raag Chandrakauns – its effervescence evolves with such profound beauty that one can discern a near-ecstatic resolution in the dénouement of the raag. The “Thumri” track – from another 1968 recording – is the quintessence of what it means to dwell in the presence of The Divine and here we are treated to a voice and music that echoes “dancing steps so as to make the ankle-bells tinkle.” 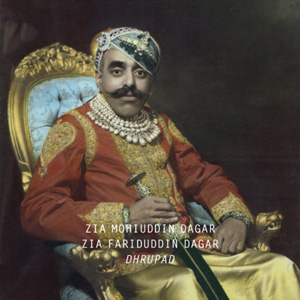 Zia Mohiuddin Dagar & Zia Fariduddin Dagar: Dhrupad Like his ancestor Ustad Ziauddin Dagar became a court musician in the erstwhile Rajputana. One hundred years ago he graced the darbar of Maharaja Bhupalsinh of Udaipur. His sons, Zia Mohiuddin Dagar and the younger Fariduddin Dagar performed these Dhrupad selections in an impromptu concert in Bombay one day in April 1968. Bengt Berger was on hand with his trusted Nagra to make this iconic field recording. There is a powerful sense of ecstasy and spontaneity in this two-hour-long and absorbing performance. The Dagar brothers bring a passionate, soaring intensity to the selection of Dhrupad. The singing of both brothers is resonant – and despite the obvious difficulties that Mr Berger assuredly faced while making this field recording, the voices retain an exquisite purity. The words symbolize not just the harmonious combination of different musical sounds but also the divine harmony of the cosmos, as the act of making this music – in the hands of these Dagar Brothers becomes more a union of the physical and the spiritual. This brings both musicians and listeners closer to that divine realm that is being conjured by this music where single melodic lines using frequent embellishments and a wide melodic range to convey a lyrical and sensual quality. The album also features K.Sridhar on tanpura, heard here as a young disciple of Zia Mohiuddin Khan, his Dhrupad master. 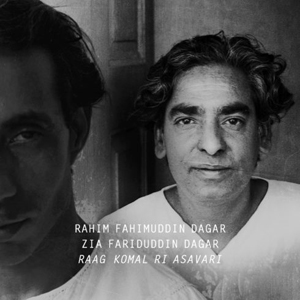 Rahim Fahimuddin Dagar & Zia Fariduddin Dagar: Raag Komal Ri Asavari Bengt Berger recorded this Raag in Dhrupad in 1967. In his authoritative liner notes he posits that no finer Dhrupad on Raag Komal Ri Asavari exists to this day and he could very well be right. The Dagar Brothers, accompanied by K.Sridhar on tanpura, sing with a round sound and the “Alap” is rapturously languid with Rahim Fahimuddin Dagar’s voice reaching profound depths in the bass-baritone register as he mines the melody for profound gravitas. This combined with the reverberant acoustic, makes for a highly meditative atmosphere. The interpolation of “jor” and “Jhala” in the development section of the raag is an extraordinary balance of rhythm and dynamics – neither of which are too dramatic, nor rigid as the quality of the vocals soars to eloquent heights. The lithe strains of the melody are the epitome of the intended time of day, which is morning and that (Hindustani mode) is quintessentially Bhairavi. As the notes unfurl it becomes clear that the brothers are at the top of their game and they sing with a more penetrative tone than any exponents of Dhrupad. Pouring their wealth of experience into this performance the Dagar Brothers make this something of a benchmark. Rarely has one heard voices respond to each other with such amazing sensitivity, revealing layers of inner voices that are commonly ignored, to reveal the music with clean, illuminating colours and textures.