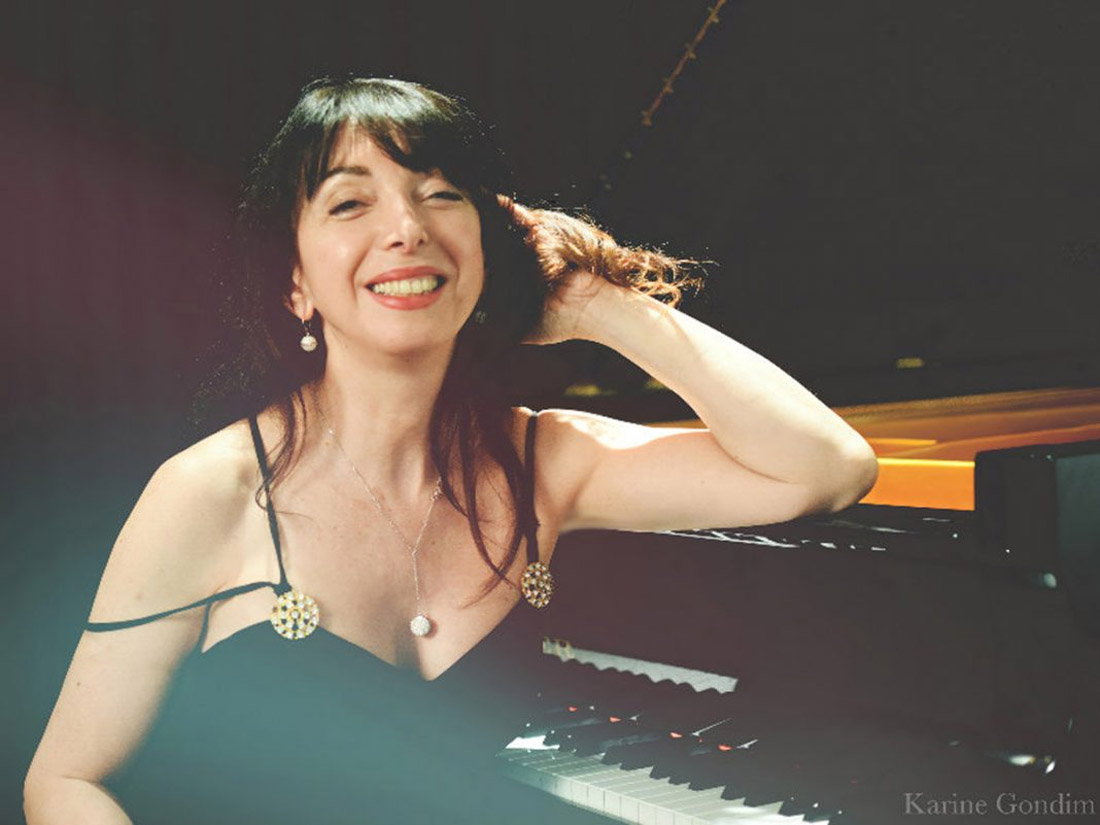 All music – indeed all art itself – is a conceit in which the artist perpetrates one or another act of beautiful or decorous vanity upon an audience of listeners, and/or viewers. To suggest that the music of Johann Sebastian Bach or Ludwig van Beethoven was anything but a conceit would be to diminish it in the most unacceptable terms. Let’s not for a moment confuse artistic humility which –in the case of both those iconic personages mentioned above – made them subservient to their art; they almost always [in Bach’s case, almost certainly] that they were mere channels for the music. However, to imagine that both men were cowed down by their artistic work; not emboldened to succumb to the very audacity of it all, would be to diminish their ability to recognise what they had achieved in their time.

The incomparable Glenn Gould was someone who was aware of this and was – if anything – so emboldened by his conceit that he produced a performance of the First Piano Concerto of Johannes Brahms quite contrary to what the composer had envisioned, thereby prompting Leonard Bernstein, who conducted New York Philharmonic on April 6th 1962 to go on and conduct the great pianist in that programme despite openly disagreeing with Mr Gould, thereby acknowledging the pianist’s legitimate conceit. Elaine Rodrigues’ ÆTERNUM though not quite a conceit in that realm, is one nevertheless. For on this disc, she suggests that Bach might also be meant to be played in such a dramatically altered fashion. Moreover, her insistence on adding to this programme a piano-only performance of Beethoven’s 5th is probably even more daring. 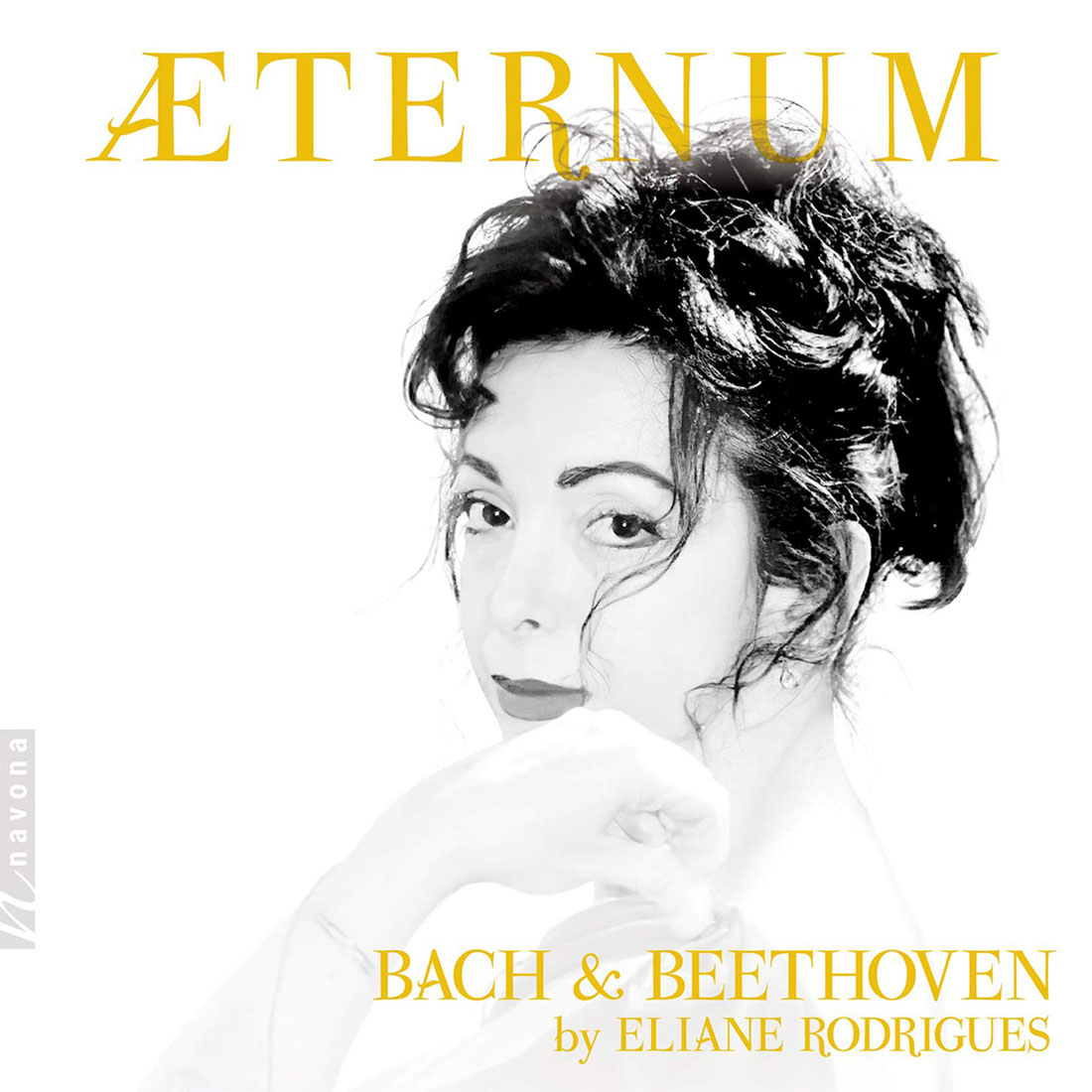 However, let’s not confuse such a display of artistic superiority as an affront to the two Masters with the quality of Miss Rodrigues’ pianism. Rather, let us, with deep and open ears experience Bach and Beethoven in ways that we might not have done before. In the case of Beethoven’s 5th we find Miss Rodrigues has nailed the power and passion of Beethoven’s monumental work by performing it with unbridled power and passion – notably in the first Andante movement. Likewise, Miss Rodrigues bows to Beethoven’s grasp of delicacy with the almost lovingly whispering dynamics of her pianism in the Andante movement, which gradually build up in intensity to a brilliantly executed Scherzo to a breathtaking Allegro finale. Once you get over the initial shock of the “missing symphony orchestra” it is, indeed possible to listen to Beethoven’s work in a light that might even evoke the candle-lit atelier in which its thunderous and delicate notes were conceived and executed in 1804.

Miss Rodrigues’ Bach is pure and no less adulatory to the great master than her Beethoven. It reminds us that Bach was also a mortal who dreamed up his artistic expressions like a mortal but perfected them like an immortal. However, if the history of Bach’s time serves as a palimpsest for interpretation, then we might regard these Preludes and Fugues, the Fantasia & Fugue in G minor BMV 542 and the iconic keyboard piece, the Toccata & Fugue in D minor BMV 565. It’s hard not to be teleported to Bach’s day and sit among the rapt audiences –mere mortals and patrons; perhaps even and men and women of peerage – who came to hear the celebrated genius, Johann Sebastian Bach first let the world in on his mastery of the keyboard with the composition of such works as these “for the profit and use of musical youth desirous of learning, and especially for the pastime of those already skilled in this study.”

Finally there is the line – an artistic-genealogical one – that Eliane Rodrigues draws from Bach to Beethoven; one that no one doubts existed. After all the line between Bach’s Goldberg Variations and Beethoven’s Diabelli is as undeniable as it is adulatory and artistically edifying in musical history. Moreover, what could be more poignantly audacious than performing these works on an instrument that Bach would no doubt have mastered – just as he had mastered every keyboard of his time, and that Beethoven mastered to a degree so great and so imperious that even Papa Haydn bowed to his genius and mere mortals have remained in eternal obeisance to Beethoven ever since. And so it is that Eliane Rodrigues’ brilliantly conceited performance captivates us on so many levels including on one that elevates this music to the rarefied realm where it assuredly belongs.