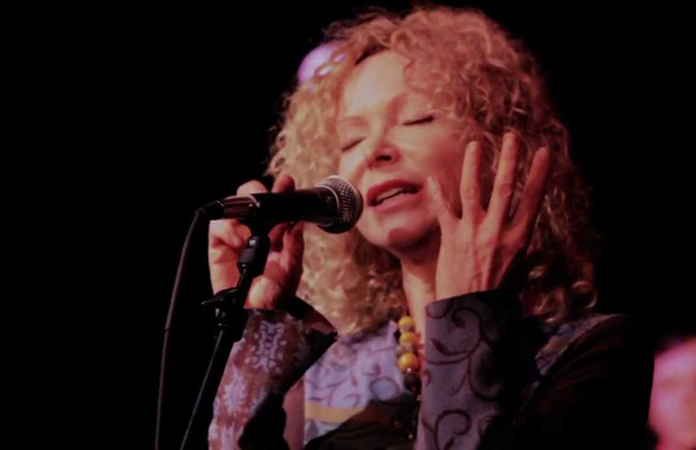 The tumultuous and traumatic history of both the Jewish Diaspora and the history of the Czech Republic have always come together in the profoundly tragic and upliftingly beautiful music of Lenka Lichtenberg. The prodigiously-gifted Canadian musician has dug deep into her Czech roots and, surfacing for air, has most strikingly led her to find both commonality and inspiration in the greater human family. She has also emerged as one of the most fascinating and compelling composers whose music explores the feeling of loss and nostalgia often evoked by the haunting modalities of Hebrew, Yiddish and Czech secular and spiritual music. 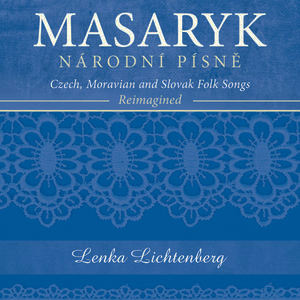 On each of her numerous albums as leader Miss Lichtenberg while always staying true to her calling as a composer and vocalist of that unique repertoire, she has never abandoned her fervent sense of hope and redemption. This characteristic seems embedded in her psyche almost as an imprimatur of being and growing up Czech, just like her ancestors who refused to be broken despite the ravages of their long history of survival and triumph that seems at times, oddly analogous with the tragedy and the triumph of the Jewish people. As a result Miss Lichtenberg’s music seems to be conceived to unify the emotional history of both the Czech Republic and the history of the Jewish Diaspora, but which is also remarkably all-encompassing to such as great extent that it reflects the very tragedy and triumph of her greater human family itself.

To bring this to fruition one must listen to all of Miss Lichtenberg’s music for it is in this exercise that her portrayal of heroic of human survival and joy becomes a life-affirming experience. Throughout it all Miss Lichtenberg has traversed not only a cultural topography that stretches from the Czech Republic to the Middle East, and from the Americas to Asia, but she has done so musically as well, bringing with her musicians whose roots run deep in Indian, Iraqi, Czech (of course), Brasilian, Canadian among others. And she has inspired those around her to delve deep into their own psyches so that they have contributed to a holistic, intensely felt revelation of the human condition.

It is for this reason that Miss Lichtenberg’s 2017 Masaryk does not in any way feel divergent, thematically speaking, from recent albums such as Lullabies from Exile (Magda, 2014) and Yiddish Journey (ARC Music, 2016). But a review begs some background first. The repertoire of Masaryk comes from a remarkable book of music, Národní Písně left behind by Jan Masaryk, the first Minister of Foreign Affairs of the Czech Republic after it was liberated from Nazi rule during World War II, later tragically and brutally killed at the behest of the murderous then-Soviet dictator Josef Stalin in 1948. Jan Masaryk was the son of the legendary Tomáš Garrigue Masaryk, the Czech Republic’s first Prime Minister who was revered for his fearlessness, political acumen and uncommon wisdom, and often mentioned in almost the same breath as mythical Czech political figures, Jan Hus and Jan Žižka.

While the role that Jan Masaryk played in the newly liberated Czech Republic after the World War II was fraught with difficulty, he celebrated the liberation of his homeland with music that is, aptly, full of mysterious depths, expectations, frustrations and doubts, it was also music that was often hopeful and also frequently brimming with joy. The music was originally recorded by Mr Masaryk at the piano with Jamila Novotná in 1942, not long before Mr Masaryk died. Miss Lichtenberg has brought these seminal works back to life again, her voice soaring loftily as it always does in the music’s many filigree lines and aristocratic elegance.

Damien Sneed and the Toronto Mass Choir: “We Shall Overcome” A Celebration of Dr. Martin Luther King