The members of the Festival Team have once again outdone themselves with a memorable compilation of the 2017 edition of Le Festival International Nuits d’Afrique. As expected the disc is wonderfully packaged and features the iconic image of a bedecked African warrior conceived by Jerome Delapierre and executed by graphic designer Rene Tétreault. But quite beyond appearances is the content which resounds with the joie de vivre of an African continent on song, through the darkest moments of its existence even today. Seventeen tracks celebrate Mother Africa in all her splendour and also show the impressive sphere of influence that Africa and her constituent cultures have had across the length and breadth of the earth. Suddenly the heart of the blues appears to be in the centre of Guinée-Bissau and is majestic in the hands and the wail of Kolon Bai, on “Mû Mbana”. Meanwhile Djmawi, the unique band from Algeria sends the spirits soaring with “Dellali”, a song that features the unique Issam Bosli, whose musicianship is fierce as he digs into the expression of each word sung in Arabic, French and the Tuareg-Algerian dialect. The Québécois, Jean-François Léger breathes new life into Luiz Bonfá’s “Manhã de Carnaval”. 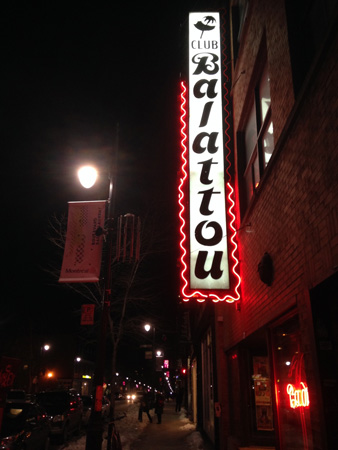 And on, and on, for fifteen other magnificent pieces of music performed for the disc. How much more memorable then, would it be to experience this music live, day after day, for thirteen steamy summer days?

As ever it is important to pay tribute to the sponsors because it is de rigueur to honour a group of commercial establishments for exercising a modicum of social responsibility. My leftist friends might say that these institutions may be just trying to assuage their collective consciences and they may well be right. But what price profit? And what, indeed, would anyone more concerned with the bottom line gain from this except to keep culture – and therefore humanity – alive? And why kill the goose that lays the golden egg? Meanwhile, a proverbial doffing of the hat is also due to the provincial and other local governments of Quebec, and the federal government of Canada, who have – political colour aside – continued to champion the cause of the world’s cultures whether it suited their campaigns or not. An example of this is the welcoming of Syrian refugees to our country by the humane government of the far-sighted Justin Trudeau. A complete list of these sponsors is available on the website of Le Festival International so it would be redundant to even highlight the principal ones here.

More important, perhaps, is it to run to the nearest Via-Rail facility (or to your travel agent, if you are elsewhere in the world) and make a dash for Le Festival International Nuits d’Afrique in Montréal, Québec, Canada. And while you’re there don’t be diffident about getting close to the person closest to you, no matter how wet and sweaty it feels. Look into his or her eyes and even they be the deepest of deep blue you will, to your surprise, see the heart of our Universal African Mother. Then remember this: Don’t wait for the sound of the next note from the balafon, the calabash or the kora, or the djembe… Simply reach out and touch someone next to you. Hold hands if you can. And listen… For Africa is calling.