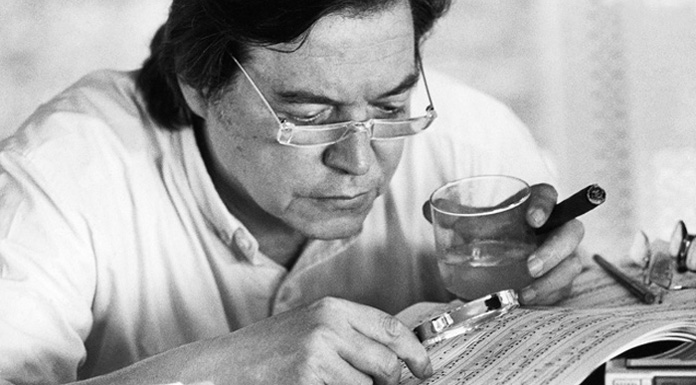 The DVD is what one would declare to be a handsome bonus. Most of the cinematography is similar from song to song in the tracking and panning movements but one is prepared to overlook this because the camera manages to caress its stars – musicians such as Marcos Nimrichter and Armando Marçal both of whom do not just play their instruments, but seem to wield them as massive colour palettes with which to paint this wondrous musical landscape along with the orchestra, and the vocalists, as well as Yamandú Costa, heroically, the only instrumentalist charged with honouring Tom Jobim. Moreover, the lighting is superb and makes the instruments gleam just as the sound engineering does for the instruments and the voices. It also bears mention that the brief impressions of Tom Jobim’s music and the recollection of what this music did for the vocalists (and Mr Costa) are invaluable.

Best of all, of course, are the vocal performances themselves. Perhaps the most memorable of all performances come from Luiz Pié on “Chovendo na roseira” whose luscious tenor adorns the song, bringing the lyrics alive as if it were written for him. No less memorable is Júlia Vargas on “Olha Maria” which builds into a mighty crescendo with Miss Vargas’ monumental attack on the final verse of the song before it fades. No less unforgettable is Alice Caymmi’s interpretation of “Falando de Amor”. In fact this is one of those gut-wrenching performances in which Miss Caymmi literally ‘cries’ the lyrics of the song. No less praise must be showered on the other vocalists, of whom the Adnet, Jobim and Morelenbaum families make an epic contribution.

The album is part of the 90-year anniversary of the birth of Antonio Carlos Jobim. There could hardly be a better way to celebrate one of Brasil’s greatest individuals – or to put it in more familiar terms – the man who plays Garrincha to Moacir Santos’s Pele.