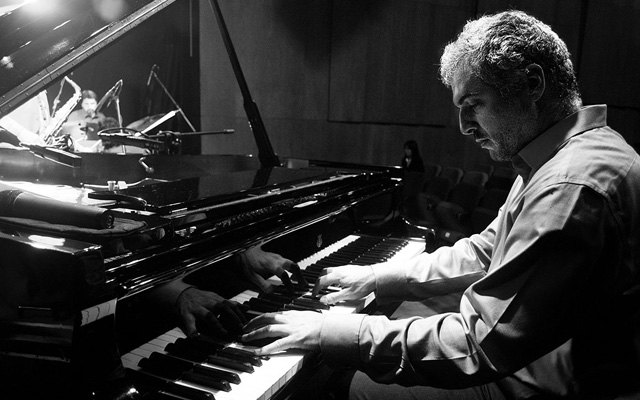 This has included the recording of four albums as leader between 1994, when he recorded Fin Del Primer Capítulo. There was a long period of woodshedding and a philosophical realignment of his influences with his roots. This was also a period of much travel and performances in South America. Ten years later Leo Blanco recorded Roots and Effects, an affirmation of his musical philosophy and his pianism, which had developed into one informed by the unique rhythms of his traditions and heritage. It was then that Leo Blanco recorded his critically acclaimed palimpsest in África Latina. Assembling a group of stellar musicians from North and South America, and Africa the pianist wrote and performed some of the most extraordinary music that brought together all of the musical influences that coursed through his veins. Visceral, exciting and brilliantly produced, the impact of this recording will be felt for many years to come. In fact, its influence on modern Latin American music has already begun and the recording is being treated with much respect and admiration both inside and outside the conservatoire. But much more is to come. África Latina is one of the most important albums in recent times, on par with the great works of Gonzalo Rubalcaba, Yosvany Terry, Elio Villafranca and David Virelles from Cuba, Guinga and André Mehmari, Mônica Salmaso, Pau Brasil and Uakti from Brasil, Lucia Pulido from Colombia and Hector Infanzón from Mexico. 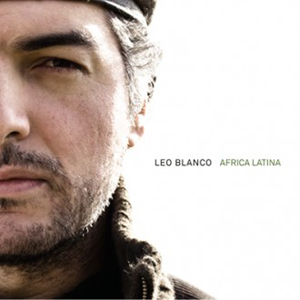 The mastery of tradition and music becomes a mistura fina on África Latina. It comes from a very deep and philosophical immersion in cultural collision of polyrhythmic Africa and the polytonal world of Europe as felt and absorbed by the traditional cultures of South America. Blanco has translated this from an ascetic understanding of culture to a performance art. On África Latina Roman grace meets Afro-Venezuelan fireworks in Blanco’s music. In the disc’s nine songs the sophisticated art of Leo Blanco is unveiled. These songs reveal a vivacious and inventive composer and performer who could certainly hold a candle to his more famous contemporaries such as Dudamel. Indeed, these spectacular works bridge the gap between the traditional and the modern, the African and the Latin and are displayed in their unique musical architecture, effortlessly idiomatic: embroidered, with aria-like melodies and magnificent solo pianistic reflections that give way to sinuous and spirited dances. One has only to listen to ‘Caraballeda,’ ‘Serendipity’ and ‘Afro East’ to feel the vitality and potent mix of world musics. Even in the spare construction of ‘Long Term’ featuring a spare jazz quartet Blanco has succeeded in conveying the dramatic excitement of a world where his world of African-Latin music resides. Textures are harmonically, rhythmically and contrapuntally rich. Blanco’s rigorous technique together with that of all of the musicians on the record make light weight of Blanco’s virtuosic writing, with its quick-fire flourishes, intricate high-wire figurations and tricky passages of multiple stopping and dramatic glissandos. Throughout there are moments of eloquent dialogue between the pianist and his various ensembles – especially in his interplay with his percussionists. 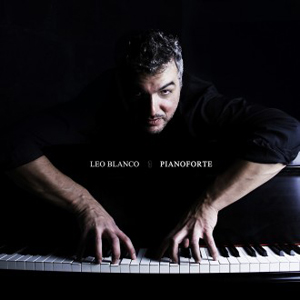 After an album such as this you would think that Leo Blanco had nowhere else to go. And if you did you would be dead wrong. If anything, his 2012 album Pianoforte raises his music to the divine. Solo piano can be a lonely pursuit, but Leo Blanco makes an almost symphonic act of it. He play with devilishly good virtuosity and draws on both the Western Classical and the Jazz traditions to form the struts of his musical architecture. This is glued together by the tradition he embodies best: his Afro-Latin one. In many respects Pianoforte is the culmination of years of drinking in the potent musical concoction fired by the mysterious ingredients of Africa and Europe and indigenous South America. And it is played with sheer genius. Such facility on the instrument has resulted in highly idiomatic, often virtuoso writing that fully explores the rich potential of this ‘king of instruments’: layered counterpoint, resonant harmonies, ornate and lyrical melodies and a gamut of colours, shades and special effects. Add to that the fact that this suite-like feature consists of colourfully-named movements, including dances, fantasy-laden musings and plangent evocations of places and sounds. So forward-looking is some of the writing that it appears to be from the future. Above all is the lure of the pianism of Leo Blanco. His phrasing is poetic, the tone by turns robust and delicate, the technique flawless. And it is always informed by the refined aesthetic of the African-Latin traditions that are so close to Blanco’s heart. The spotlight falls not only on pieces such as ‘Tonada del Cabrestero’ and the two ‘Improvisations’, but also on every thread in these musical discourses. These memorable solo accounts of what makes the pianist’s heart beat bear comparisons with the greatest contemporary solo piano recordings from anywhere in the world. A record such as this makes you wonder why Leo Blanco is not recognised more broadly across the world which he as so consistently dazzled.

After performing his most recent album in the United Kingdom, Blanco participated in the Festival de Piano y los Períodos de la Música del Sistema Nacional de Orquestas y Coros Juveniles e Infantiles de Venezuela in October 2013 at the Centro Nacional de Acción Social por la Música in Caracas, Venezuela. The concert consisted first of an orchestral arrangement of Leo Blanco with the Caracas Youth Orchestra under the direction of Raimundo Pineda, a solo recital including Jazz, Latin and Afro-American rhythms infused with his ever-present Venezuelan musical influences. It was further evidence that art such as this exhibits the greatest aspects of human character no matter where in the world you come from or where you go.