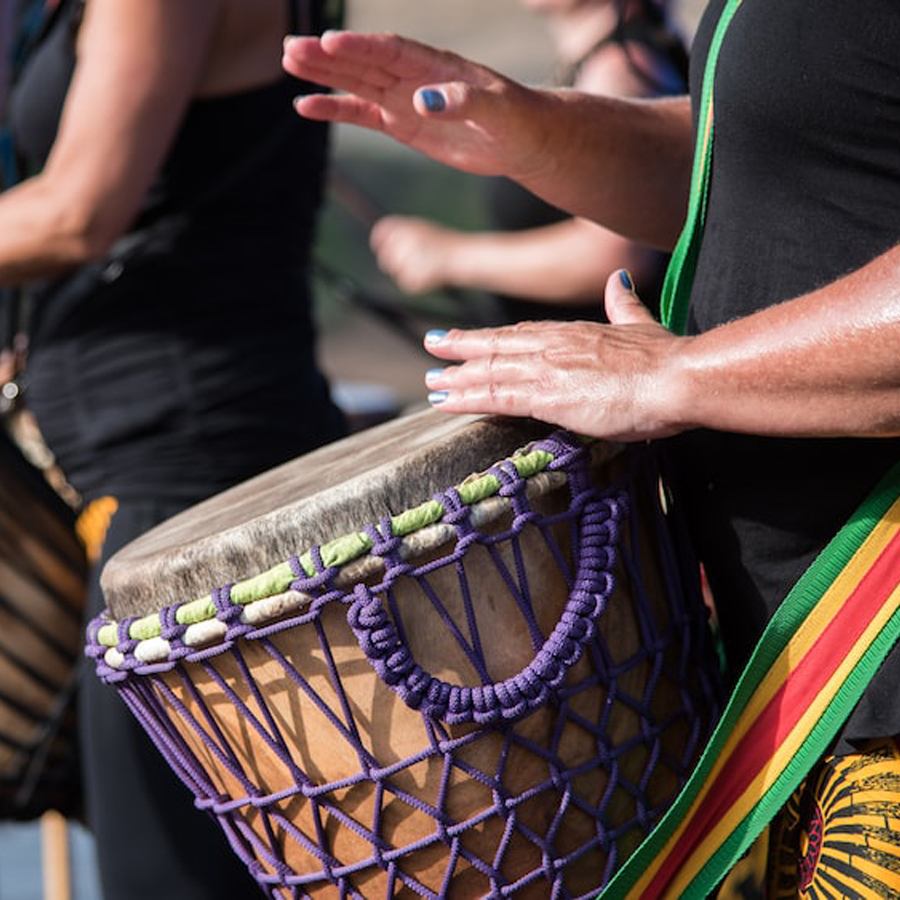 The drums of Uganda

If a record label – or imprint – were to be considered an “unfillable” library in the sense that the great Argentinean writer Jorge Luis Borges imagined libraries to be, the ‘library’ of the iconic Swedish label, Caprice Records would certainly be one such sacred space. Founded in the early 1970’s this extraordinary label brought to the world a considerable sweep of music from Sweden and elsewhere – both traditional and modern – including music by musicians from Sevda to Rena Rama and from Palle Danielsson and the mighty drummer and percussion colourist, Bengt Berger, who, with the great Don Cherry, [who] had come to Sweden from a long sojourn in Africa, and who together went on to tour the world with the former’s Bitter Funeral Beer, a legendary and celebrated work created in – and dedicated to – the African tradition whereby man, in death, ascended to the rarefied realm.

In fact, it is believed to be Mr Cherry who first used the term “world music” to refer to what his music had morphed into with the blues as its foundation of course. It seemed quite natural, indeed, that producer Sten Sandahl and other A&R personnel at Caprice Records, in collaboration with the cultural department of the Swedish International Development Authority [SIDA] began to make and issue field [and other] recordings from various continents. The brief was to reach countries of the global south where relatively unknown – yet enormously interesting – cultures were flourishing. The result was that Caprice released over thirty albums [and a growing collection of music] went into setting up a formidable library of music from countries as wide apart as Greece is from Vietnam and the countries of the African Continent are from Honduras and Guatemala and Cape Verde.

In continuation of this peripatetic impulse and to grow the impressive library of music which has grown from many traditions across our planet, Caprice Records has brought together in a monumental double-disc Music from All Corners of the World. This set is a proverbial library within a library that is housed – with considerable reverence for music – within the vaults of Caprice. Among the producers who have ventured with their sophisticated portable equipment to capture the iconic – and often seminal – music from these “Corners of the World” include such celebrated audio engineers and producers as Torbjörn Samuelsson and Sten Sandahl, Rune Andréasson, Deben Battacharya and Tomas Gabrielsson.

All this was to bring a selection of music [selected from the various albums already in the Caprice library] music from Several African Nations – Uganda, Mozambique, Ethiopia and others – to Vietnam, Guatemala, Honduras, and European Nations such as Montenegro, Macedonia, Greece. Listening to the music deeply will reveal how different – and similar as well – music of this music is, from one tradition to another.

The music of the African nations and the music of Montenegro – and especially – between Macedonia and Greece are. Indeed listening to the nuanced – and considerable harmonic and rhythmic [not to mention the manner in which narratives are related and poetry composed] differences and similarities suggest that to recall what the great 20th century composer and conductor Igor Stravinsky once concurred that all music probably came from one celestial melodic, harmonic and rhythmic “boom”, similar to the proverbial “big bang” that created the very musical continuum to which all music now belongs.

The study of ethnomusicology and the documentation of the music of the world has been a slow, often inaccurate [in terms of veracity] enterprise, although academics have always been true to the complex pursuit of cultural anthropology [and cultural topography]. Another problem has been the fact that – when it came to the ‘furthest corners of the known [and unknown] world, colonialism has often taken precedence over the ideals of discovery, and this has – more often than not – led to attempts to snuff out whole cultures [in the name of the religious and other demands of colonising societies]. Fortunately enlightened anthropologists prevailed – not the least, thanks to the great Cheikh Anta Diop.

The early – and successful – work done by the great ethnomusicologist and inspirational composer Béla Bartók unleashed an era of nationalistic musicianship that included great work by Norwegian Edvard Greig, and the Finnish composers Jean Sibelius and Einojuhani Rautavaara. Moreover the vaunted Brasilian ethnomusicologists Mário de Andrade, who created the Discoteca Pública Municipal de São Paulo in 1935, which housed brilliant work of folklorists like the L.H. Corréa de Azavedo [especially Music of Ceará and Minas Gerais], the work of Cuban, Alejo Carpentier [The Music of Cuba], and Leonardo Acosta, and the Welsh scholar of sacred and secular Cuban music, Amanda Villepastour whose seminal works [including Ilú keké – Transmisión en la eritá meta] made enormous contributions to music, just as US ethnomusicologist, Alan Lomax.

The late Rolling Stonesmusician, Brian Jones Presents the Pipes of Pan at Joujouka, 1971] spawned a slew of magical recordings including Dancing in Your Head by Ornette Coleman. But the greatest of all endeavours and apogee of all [ethnomusicological] recordings have come at the hands of “the sleuth of the African griots” Bill Laswell – whose, literally hundreds of productions,include The Trance of the Seven Colors with Maalem Mahmoud Ghania and Pharoah Sanders. Mr Laswell may have been fired up by the likes of [legendary composer and author] Paul Bowles, Brion Gysin and William Burroughs. This certainly led to the production of Mr Bowles’ Baptism of Solitude and the iconic“North African” series including Mandingo and Mandinka and Fulani Music of The Gambia [1990] and Apocalypse Across the Sky [1992] and several others. It may even be safe to say that Mr Laswell led many a producer and ethnomusicologist to “discover” much of the “undiscovered” music of the world.

However, making the world listen to the music of the furthest corners of the world is quite another matter. Not too many commercial enterprises have had the wherewithal to contribute consistently with a view to sustain a “world music enterprise”. The Smithsonian Folkways imprint is one of the most successful. Recently the small ‘boutique’ label – Putumayo and its subsidiary Cumbancha – have continued to release a slew of superb productions. The Swedish imprint, Caprice Records – the producers of the iconic Music From… series of which this collection [under review] – has been hugely successful in Europe. Its accomplishments [both with Swedish and “world music” releases] are largely due to the steady hand of the enlightened management and artistic direction at Statens musikverk. The work done by this latter label deserves – and will surely soon be – better recognised around the world.

The double-disc package, Music from All Corners of the World, comprising selections previously released from special projects dedicated to Vietnam, Greece, Tanzania, Guatemala [to name a few], traverses the countries in question [seemingly] with fresh ears. You hear the spectacular sense of freedom of the traditional musicians such as the master of the ancient ennange Ugandan harp, Albert Ssempeke [“Amagombe tegaluwa/The entrance to the other world is never closed”] and the Ethiopian, Yared Orchestra & Aregahegn Werashe [“Alegntaye/My Belonging”], and others which conjure part of the natural landscape of Africa that mixes celebration and the beauty under African skies. “Airs of my Fatherland” by Phong Lan does likewise for Vietnam, as does Rio de la Magdalena by Los Chigualeros for Ecuador.

The album is certainly a journey to the furthest parts of the world [the “Corners…” of the album title], unearthing traditions and modern interpretations of each tradition as well – and the music of each disc is as magnificent as you would expect. Combining ancient modal drones, [ethnic] classical elegance and period “avant-garde” subversion, the various musicians create a compelling sound-bed for the voices of each country’s master musicians. Selections are at once haunting, revolutionary, spookily mournful, lonesome and high-sprung; some with deathless beauty. Folk and ethnic classical traditions rarely come together so gloriously since the magnificent and memorable productions of Bill Laswell.