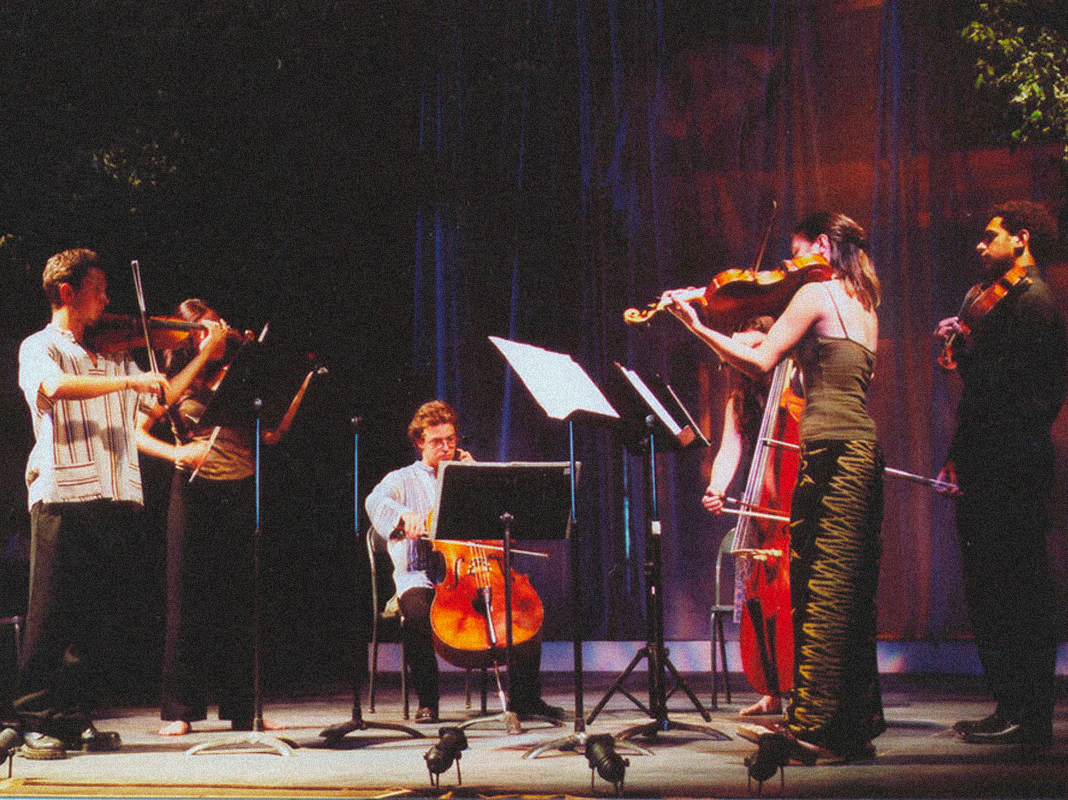 The story of Music in the Barns is like a story worthy of the pen of Charles Lutwidge Dodgson better known as Lewis Carroll. “Why,” you ask? Well… because the story of Music in the Barns unfolds with the Barns’ prodigious violist and founding artistic director Carol Gimbel [taking her cue from forward-thinking arts organisations, such as Fluxus] and first falling down the proverbial rabbit hole; falling down its portal in New York’s Lower East Side, before emerging from it – beckoned by Michael Schmidt – to participate in his symphony orchestra, in the first of his annual music festivals on his 200-acre biodynamic dairy farm, located 100 miles northwest of Toronto. 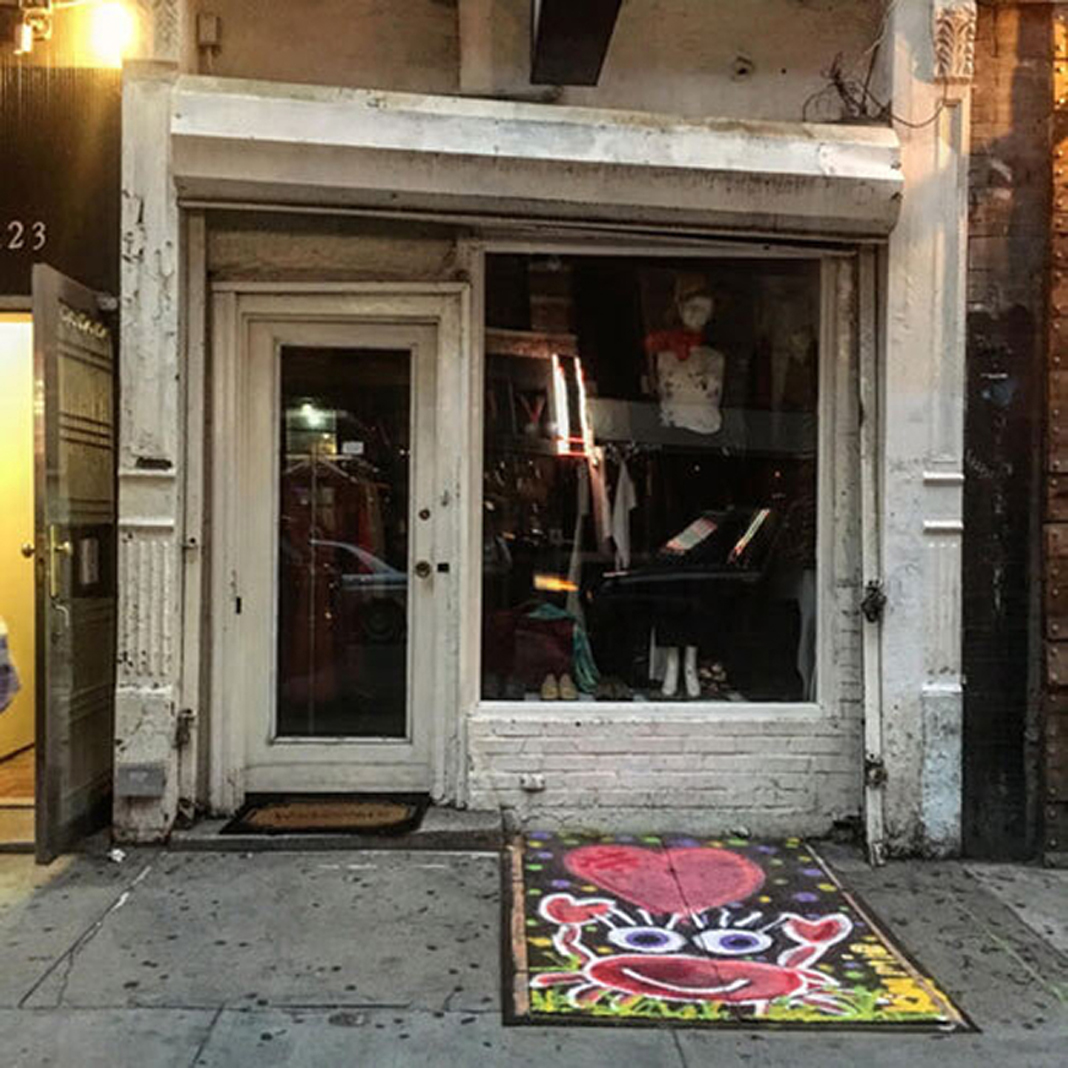 And then the fairytale begins, accelerando; taking off, so to speak from a fabled score-sheet …! It has been twenty years of creativity in music that has melted the proverbial barriers that have separated music styles and dialects. Throughout the time, Ms Gimbel and pianist Cullan Bryant, with Music in the Barns [swelling in their ranks to become Symphony in the Barn] bringing the roof down wherever they performed.

Jump-cut to 2019 – to sum up of their Toronto years, performing regularly as a contemporary chamber ensemble based, out of the Artscape Wychwood Barns, 601 Christie Street, Toronto, and to introduce a few of the extraordinarily gifted composers they’d worked with during this period, the ensemble released Bolton | Godin | Oesterle [nominated for a Juno Award, for their performance of “The Coming of the Sobs” composed by Rose Bolton, as Classical Composition of the Year 2020.

And now, to celebrated the release of that album [on the über-forward-thinking artist-led label New Focus Recocrdings founded by the incomparable guitarist Daniel Lippel. And now, in praise of their two decades of Music in the Barns makes a triumphant return to through the rabbit hole, to that fabled place where it all began: Wychwood Barns, for a veritable feast of music that will begin on May the 31st and end on June the 4th, 2022, not to mention, the formal release of their celebrated 2019 disc.

After a VIP prelude on May 31st their latest installation concert will take place on June 2, at 7pm and will animate three spaces at Artscape Wychwood Barns for a fully-curated evening of art, music and food celebrating the collective’s debut album. Experience the best in new Canadian music with the ensemble’s first performance since recording Rose Bolton’s “The Coming of Sobs,” JUNO-nominated for 2020’s Classical Composition of the Year. 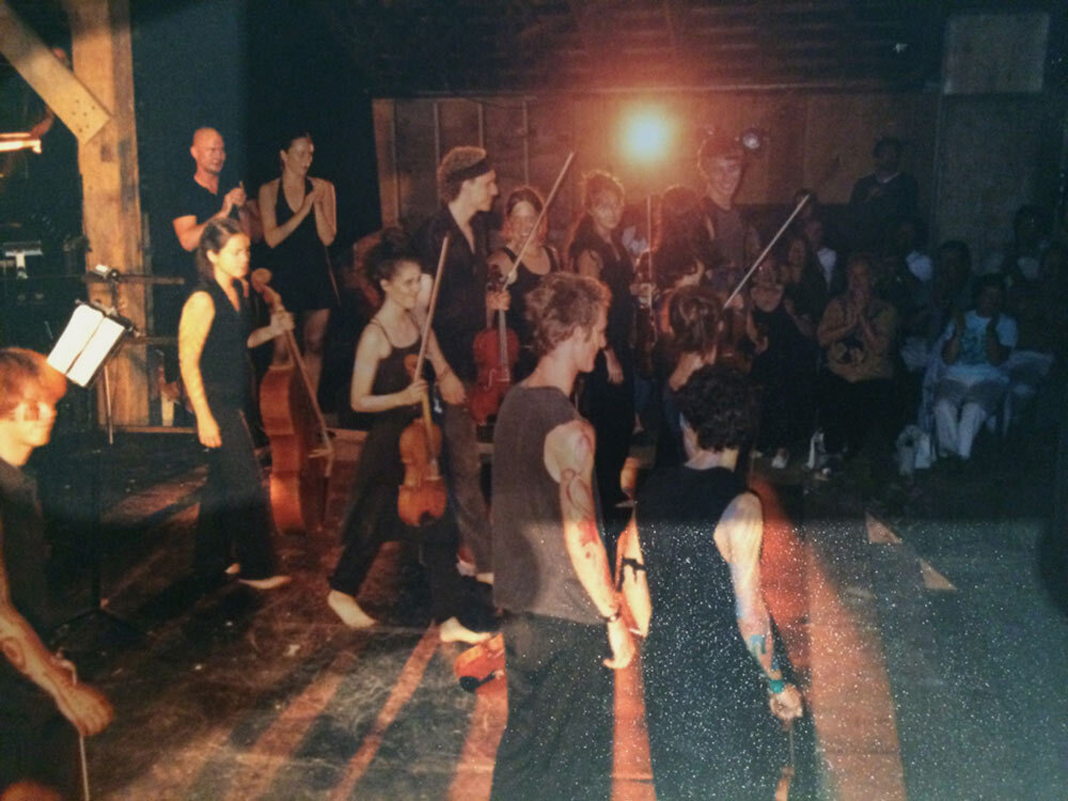 Another ethereal and vintage photograph of Symphony in the Barn…

“The programme is a cross between a post-covid commentary and album release. I felt it was important to bring forward something relevant to our experience while also celebrating the amazing work of the three Canadian composers on our album, the triumph of this recording and the team and musicians behind it. It was a labor of love and was made possible because of the uniqueness of Toronto’s cultural fabric,”
Carol Gimbel, Artistic Director

Music in the Barns’ “requisite roaming element” (Toronto Star) includes works by Coburn, inspired by themes of music, community, and the cities of NYC and Toronto, on view at the Barns’ McKendrick Gallery from May 31-June 3. Attendees will be the first to experience Music in the Barns’ new digital initiatives, unveiling the prototype of their digital violin controller and video game designed byShape Products. Firing up the pizza oven at the Barns’ sustainable food hub,The Stop, Music in the Barns will bring everyone together around the hearth for a post-concert community culinary experience in the open-air gardens.

The evening is generously supported by the Canada Council for the Arts and FACTOR.

As a prelude to the June 2nd event, Music in the Barns will host an invitation-only VIP Mixer at the Artscape Wychwood Barns Community Gallery on Tuesday, May 31st from 6-8pm for the opening of visual artist John Coburn’s exhibition (on view May 31-June 2) featuring art inspired by Music in the Barns’ themes: music, Toronto, and New York City. The Mixer will showcase guest June 2 performer, Dan Lippel, guitarist and founder of New Focus Recordings performing works by J.S. Bach on his Walter Vogt microtonal guitar with moveable fret and Well-Tempered tuning. A selection of albums from his label, including Music in the Barns’ debut, will be available at all performances in 2022.

Future Performances of Music in the Barns Returns 2022 Tour include: “Lecture on the Weather”- June 4th, 2022 at Saugeen Academy in Hannover, Ontario. Music in the Barns signature program, presented in partnership with members of the Saugeen First Nations, brings a curated program of contemporary music featuring John Cage’s seminal work “Lecture on the Weather,” Philip Glass’ “Tissues 1, 2, & 7,” and Scott Godin’s “Longing” played on a real pipe organ at Michael Schmidt of Symphony in the Barn’s repurposed church and school.

The Music in the Barns collective will make their much-anticipated NYC debut in Autumn 2022 with performances across Canada, including Montreal, and the US in the works for 2022-2023 [dates and locations TBA].