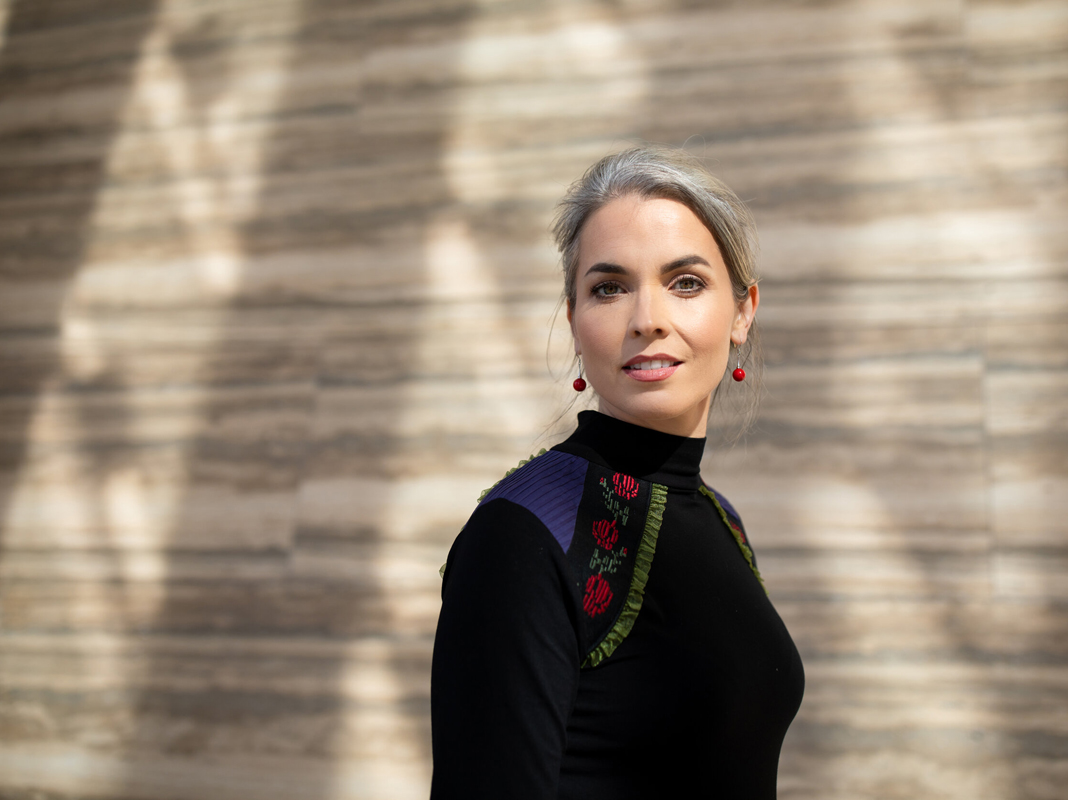 “Nationalism” has a rather bad connotation today, thanks to the rise of the far-right. In music, though – especially in classical music in the 18th and 19th centuries – it became a badge of honour, worn proudly by the likes of Frederic Chopin, Franz Liszt; and later, Béla Bartók’s music bore the imprint of Richard Wagner, Johannes Brahms, Liszt and Strauss. But the work he did with Zoltán Kodály in the early 20th century was truly path-breaking. It was Bartók’s partial exorcism of the Romantic influences that gave his music a full and unfettered melodic expression. Moreover, his fascination with the melodic and rhythmic language of folk music that became the raw material for the structural principals of his greatest compositions.

Bartók and Kodály also opened a door for composers, giving legitimacy to folk music that had hitherto been considered too aggressive and harsh for the refined ears of classical aficionados – even though it was composers such as Brahms and Liszt who had opened that same door, just a crack. But Bartók and Kodály made that a major gateway. Europe became the most fertile ground for this new recognition of the relevance and acceptance of folk traditions in so-called “serious” music. Into this portal followed such great composers as Antonin Dvorak, Sergei Prokofiev, Leoš Janáček, Edvard Grieg, Jean Sibelius, and Ralph Vaughan Williams and, of course, György Ligeti.

The global popularity of Jazz threw down a gauntlet that European musicians grabbed with enormous enthusiasm. The 20th and 21st centuries has seen a manifold increase in artists expressing themselves in their traditional language and idiom, taking a cue from Jazz musicians. The result is music that is breathtaking in the scope of its diverse sound worlds, as vast and rich as the planet, teeming with protean variety of life itself.

The Hungary of Liszt, Bartók, Kodály and Ligeti, of György Kurtág and Márta Kurtág and of Sándor Végh remains one of the richest repositories of musical expression. One of the most outstanding musicians of the current generation of Hungarian born and bred composers is Nikolett Pankovits. Although she is by no means a classical musician in the sense that Bartók, Kodály, Ligeti, the Kurtág’s and Sándor Végh, her music comes from the same deep well of expression that fed the thirst of her great predecessors. It is as fascinating and compelling as any of the great musicians of past eras. 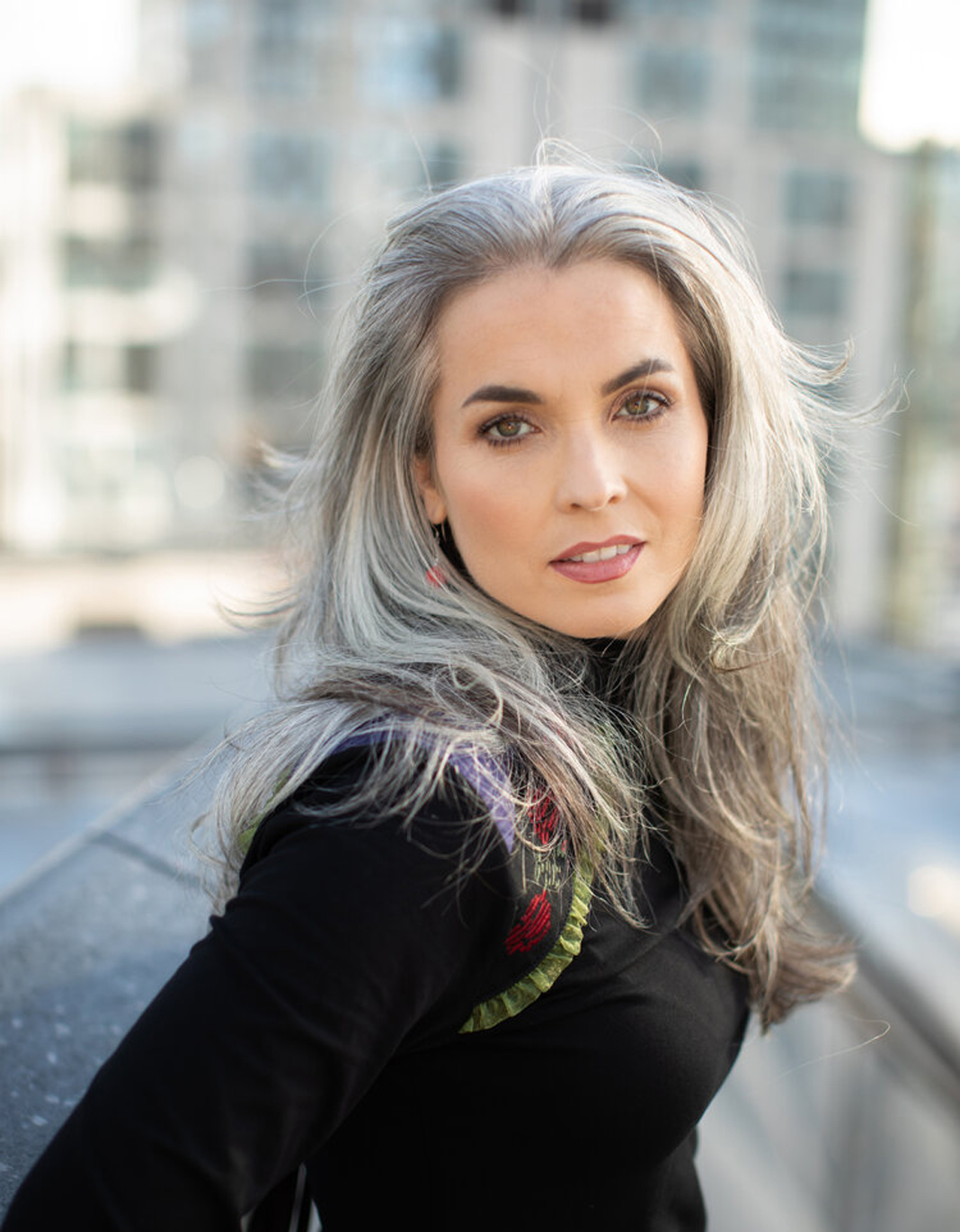 Photograph courtesy of the artist

Nikolett Pankovits is a prodigiously-gifted composer, with a sublime voice and – it seems – pianism to match. Her music seems to bear the emotion of deep scars – perhaps a result of some kind of sustained hangover from the Soviet-era. A prescient sense of nostalgia and the ache of some kind of loss are strongly felt in much of the music on record. These seem to be recurring themes on the two albums she has released recently and of her remarkable output with her ensemble The River Voices and this is evoked by haunting modalities of Hungarian poetry and folk music. Her most recent album River is a clear example of this poetic lyricism.

In its clear nod towards tradition Miss Pankovits shows that she owes much to the music of Bartók. But it is in her vocalastics that she shows herself to be an artist of the first order. Her instrument is high-sprung, gorgeous and lustrous. Her musicianship is fierce as she digs into the meaning of each word, bringing ceaseless variety to soft dynamics; and she gives each phrase a special grace. To crown it all, Miss Pankovits appears to be at ease in Hungarian as well as in English and is artistically deft in Spanish as well. Perhaps this is owed to a classically-trained voice, which seems to suggest that she could be at ease singing an aria as well [as I sense that she can sing in German too]. Moreover, as a soprano, she possesses great agility and the ability to infuse phrases with liquid glissandi, ending them in a gently powerful vibrato. In short, as an artist, Miss Pankovits is the proverbial “real deal”. 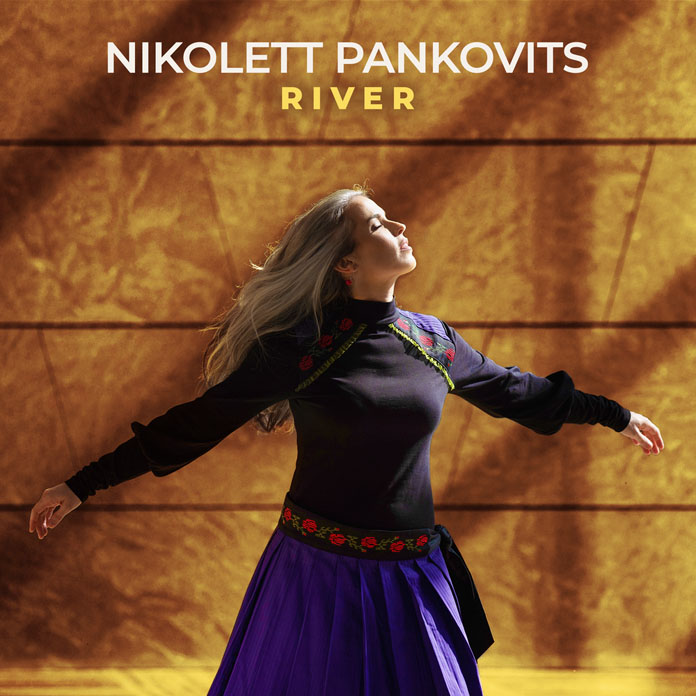 In keeping with its idiomatic title, the repertoire of this disc flows mightily from one song to the next. It is as if the music is meant to take us – body and soul – into another world. This is, of course, the world of Miss Pankovits. She courses through Transylvania, Moldovia, Transdanubia, the Great Plains and Upland – all through the countryside of Greater Hungary and elsewhere. We are held powerless by her seductive vocals and gorgeously arranged music – much of it [once again] by the incomparable Columbian musician and guitarist, Juancho Herrera.

Meanwhile trumpeter Josh Deutsch, Aquiles Báez, and Ildikó Nagy, who arranges “Amott Van Egy Kis Ház” and “Haragszik A Nap”. On the latter she also plays the ütögardon, an instrument – found in Transylvania and Hungary – similar in appearance to a cello, but it is played pizzicato; that is, instead of using a bow, the player plucks and beats the strings with a stick.

Meanwhile, Miss Pankovits together with Artimesz Polonyi, another magnificent Hungarian vocalist and musician, also created vocal arrangements for “Ideki” and “Ne Aludj El”. Miss Polonyi also lends her soaring voice to the vocals of eight of the thirteen songs on this disc. The latter song is one of two of the most haunting songs on this disc. Both also feature spectral recitations of exquisite poetry by Ádám Boncz. This is a lavish production; the singing is, predictably high in quality. But so also is every performance – especially the controlled fire and thunder of percussionists Franco Pinna and Miss Polonyi [who joins in on bombo leguero for “Tavaszi Szél Utat Száraszt”. This is an album to die for. 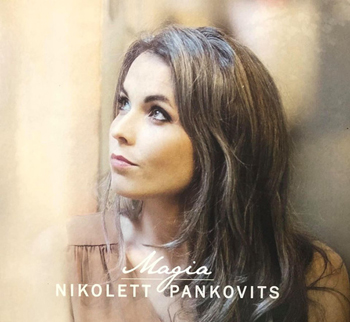 This [Juancho Herrera-produced] recording must have easily been one of the most outstanding recordings of the year 2017. If it wasn’t acknowledged as such then that might speak to the inability of today’s music critic to grasp the true scope of its panoramic content and, more importantly, the majestic settings for Miss Pankovits’ debut as a leading performer in a vocal setting. Several aspects of the recording are particularly striking [as mentioned earlier]. The first is the fact that Miss Pankovits is absolutely fluent in both Hungarian and English. Her vocals are flawless from end to end. From cries, shouts, and whispers, to glissandi, and episodes of ululating melisma – all these artistic gestures feature in her vocalastics throughout this album.

The attenuated, anxious threnody of “Gloomy Sunday” is easily the apogee of this recording. But just when you wonder what Miss Pankovits is going to come up with to top that performance, she seems to raise the bar not only for the emotional power of her music, but that she can move seamlessly between Spanish and Hungarian as well. This comes in one of the most remarkable versions of “Bésame Mucho” that I have ever had the pleasure of experiencing. The technical changes in her quest to render the poignant emotional content of the song is a thing of absolute beauty.

The album is principally an attempt to meld the volcanic emotions of Hungarian traditional music with a free-reigning improvisational approach to contemporary music as evidenced in such masterpieces as “Madárka, Madárka”. This is an approach favoured for a century or so by Jazz vocalists of great stature. Miss Pankovits does not purport to be a Jazz vocalist, but in “Gloomy Sunday” and “Stop for a Moment”, her own brilliant compositions, as well as in her extraordinarily eloquent interpretation of Johnny Mandel and Alan Bergman’s standard “Where Do You Start?” I’m tempted to be a herald for one of the most prodigiously-gifted multi-lingual contemporary vocalists to appear on the scene in a very long time.

The prismatic sound of Hee-Young Lim