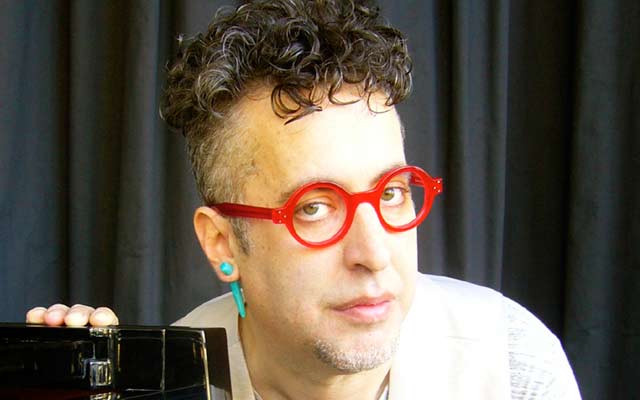 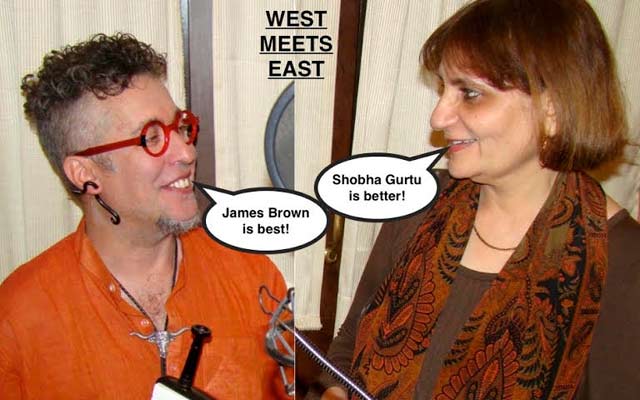 But Paula Jeanine did not. She stayed to live and learn and because she did, so did Richard Bennett. At her behest he was introduced to meet Dhanashree Pandit Rai. And soon everything changed for Mr. Bennett. As Richard Bennett described her to me, she had a look of peace about her and quietly persuaded him to look deeper. When he did, Mr. Bennett not only discovered he had discovered an artistic soulmate, but also someone with whom he was willing to go the distance. Dhanashree held a Master’s Degree in Hindustani Classical Music from University of Bombay. She studied with Pandit Firoz Dastur of the Kirana Gharana (gurukool/school), the legendary classical vocalist Shobha Gurtu, Begum Afroz Bano and Batuk Dewanji. Celebrated for her vocalastics Dhanashree had won many prestigious awards, sung at fabled venues and was one of the leading exponents of the thumri form of music. Her repertoire also includes khayal, thumri, chaiti, hori, kajri, sawan, and jhoola – all specialist vocal forms in Hindustani music. She changed Richard Bennett’s perception of India, its culture and naturally its music. Then, what began as a series of brazen experiments musical threads began to emerge like gossamer from lips and fingertips. One crazy idea led to another and Richard Bennett began to find a way to re-imagine the almost sacred nature of Hindustani classical music on the piano. So he stayed and dreamed and learned from Dhanashree and played and learned and played. Gradually ideas became artistic realities and the unusual began to flow, and both Dhanashree and Richard Bennett were ecstatic.

Oddly enough the two musicians did not release a record until 2015. But it seems India interrupted first. Richard Bennett made his first foray into the world that melded Indian classical music into a molten mix of the blues and jazz, and that was Raga & Blues (Mystica Music, 2011). The record also featured an old stablemate, Gaku Takanashi on acoustic bass and Naren Budhkar on tabla. It is a fascinating musical odyssey. It is not classic, folk blues, nor classic blues, but gets its emotional sense of the blues as elementally as a classic bluesman would. Mr. Bennett does not distort the form of the blues, but lets it flow with an almost consanguine certitude. And the wonderful music of North India seems to seep in ever so naturally into this classic American music, weaving itself into the piano of Richard Bennett. 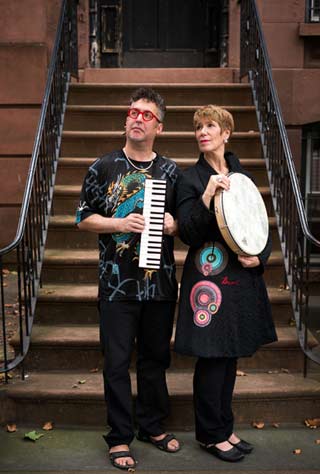 Richard Bennett is an incredibly talented musician. It’s easy to appreciate why. Magnificent technique, of course; the trickiest passages seem like child’s play – and there are unimaginably tricky passages in the music that Mr. Bennett is trying to make. But what impresses most is his musicianship – how he’s able to make the listener aware of the emotional import of each phrase, apparently spontaneously, as though he’s just thought of it, or invented it on the spur of the moment. He’s able to find new tone colour, a different touch of subtle rubato. In his hands, the music is like a living thing; one senses that each performance will have its own individual character. This is something rare even among his better-known peers. And it is exactly this ability that has brought Richard Bennett close to classical Hindustani music. The importance of emotion is stressed to sometimes impossible levels in the ‘Gharana’. In Indian music, worshipfulness is paramount. The alaap – the theme or statement – in an Indian raga demands that the music is offered to God. Not only does Richard Bennett understand this, but he is able to extract this in a very special way, which seems to magically draw the European piano into the realm of Indian classical music, which tradition is even older than the instrument itself. He does so with dazzling, almost mystical arpeggios and vaunted runs and repeated notes and scales all of which are embellished dramatically with the use of the sustain pedal. Most musicians would use electronics – the Yamaha’s and Kurzweil’s of this world, with Echoplex’s and so on to achieve the kind of glissandos and notes and sounds of variable pitch that inform the Indian music of the sitar and the veena, the sarod and the sarangi. All of this Richard Bennett achieves, through sheer manipulation of remarkable and unusual technical skill combined with a rare understanding of the piano and the music of both worlds. And this is how he’s able to make this unusually glorious music on the gloriously tuned (acoustic) grand pianos that he plays.

Tcha Limberger: Gypsy In The Footsteps Of Béla Bartók