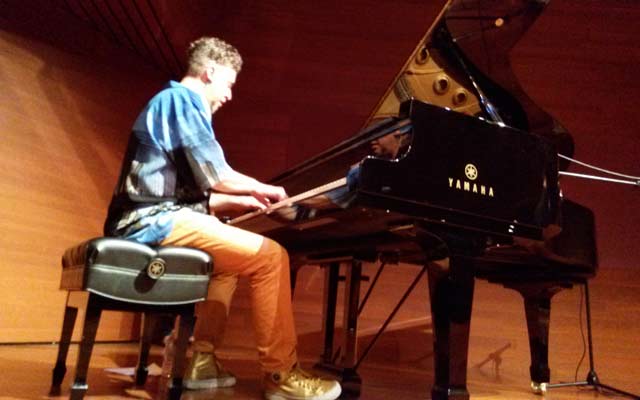 The first album came in the form of Ragas on Piano (2009). This album made waves in India but passed like a ship in the night everywhere else. The first nascent experiments had begun, though not really fully explored. The pianist would have to wait years for that to really happen. But he was not going to let that happen, or be bothered by the relative lack of commercial success of that album. Time was short and he had things to do, music that was flowing from his every pore, to lay down as tracks on a new record. And he did not wait too long. His next record was made in 2011. On Raga & Blues Richard Bennett plays a gorgeous alaap to Raga Malkauns. The raga has a very special mythological and spiritual significance that is often difficult for someone who is not Indian to grasp: often called Malkaush, which is derived from the combination of ‘mal’ and ‘Kaushik’, which means he who wears serpents like garlands — a reference to the Hindu god Shiva. As the apocryphal story goes, the raga is believed to have been created by goddess Parvathi (the wife of Shiva) to calm him down when he flew into a rage at a sati sacrifice. Remarkably, the emotional, even spiritual aspect of this raga emerges powerfully in this alaap and this is followed through as the raga unfolds in the pianist’s own reinventions of it – for instance in “Jersey Blues” and “Crow Hop”. The magic does not stop there, but continues through ragas Todi and Jogkauns. The former is based on the “todi” that literally one of the ten modes of Hindustani classical music and the latter Richard Bennett brings to life in three octaves, rarely heard even in Hindustani music. 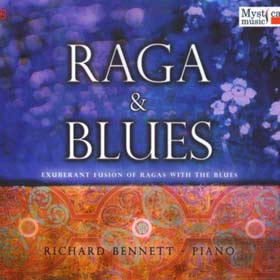 That extraordinary album was followed up by Quarkestra (Privately produced, 2012) was recorded with Gaku Takanashi on acoustic bass, Tony Lewis on drums, Paula Jeanine on surdo and berimbau and Joe Dallarda who was responsible for sound construction and manipulation. The record had just five songs and is an important one as it invites the listener into Richard Bennett’s imaginary world. The music seems to give the impression that Mr. Bennett is not unlike Jorge Luis Borges. The only difference is that the menagerie of imaginary beasts has been replaced by a Borges-like garden that exists in another dimension, but one which we can see – and in this case, hear as well – just as Borges does in his remarkable stories. It is a beguiling record and seemed likely to set the stage for much more music to come. In 2012, Mr. Bennett returned to India and continued on his fascinating journey. Rhapsody and Yaman was released and this was followed up by an album, not unlike the persuasions of Quarkestra. This utterly fascinating album not linked to his Indian musical dreams, but rather to his wild garden. The album, Wild Anacondas (2013) was made available only on mp3 through Bandcamp. The music springs from the same bottomless well of music that Quarkestra and has some of its magical cues, yet its own stories to tell. Some of these stories – quite apart from the release of the music on Bandcamp, were told to anyone who would give an ear, under the Brooklyn Bridge – busking to some, but sharing the pure joy with New Yorkers was what anyone who knows Richard Bennett would tell you.