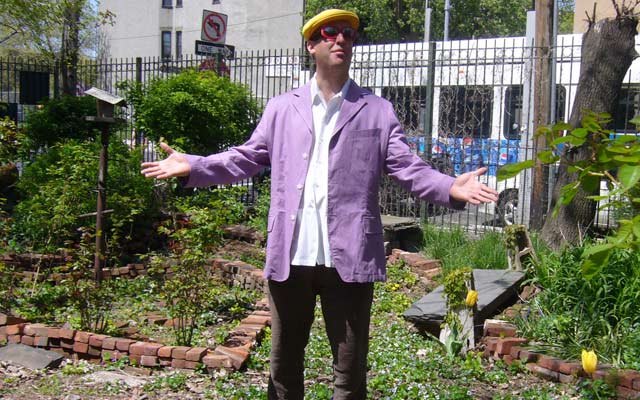 That year – 2013 – also marked the release of arguably Richard Bennett’s most commercially successful album to date. In a review of it in this magazine I wrote – and I quote in full: “It is clear that pianist Richard Bennett fell into a time warp when he and his wife arrived in Bombay to study Indian music. Almost magically, however, the pianist discovered that he could recreate the enchanted melodic invention of the sitar by advancing every aspect of his right hand on the piano, while his left hand re-created the drone of the Indian veena which accompanies the sitar while playing an Indian raga. More magically he creates the sound of swans in one of the beautiful ragas in Hindustani music: “Hamsadwani”. The raga was actually borrowed or reinterpreted from the Carnatic (South Indian) raga and is unique in that it does not contain all the swaras or seven notes in the Indian scale, but rather has only five and is based, instead on the pentatonic scale. This lends itself more easily to the western instrument on which it is played and is as exquisite as it is unusual to hear, say the flute of the Indian flute maestro, Hariprasad Chaurasia, whose version is best known throughout the world.

Richard Bennett’s fascination with India brought him to Bombay, and here he discovered the great Indian tradition which unfolds as if it were the skin of an onion and as if it were myriad worlds that invariably inhabit the heart of Bombay.” 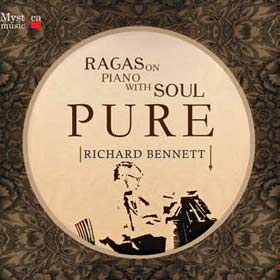 But 2015 is proving to be Richard Bennett’s breakout year. In the span of eight months, he has released what could very well be his most significant album – Pure a stirring album that explores five beautiful Indian ragas. His playing on this album is full of moments of lyricism drama and decoration. He introduces, here, a number of portamentos that serve to heighten the expressive pieces of each raga as he transforms the piano into an almost human voice singing with an air of infectious enthusiasm. 2015 is also the year when the pianist finally released an album with Dhanashree Pandit Rai. Mumbai Masala might give the impression that it is just another Bollywood extravaganza, but the music certainly has none of that brash colour, pomp and circumstance. On the contrary the record has been designed to be an intimate ‘mushaira’ a gathering of cognoscenti to engage themselves in Ghazals – a strict form of poetry in song invented by the Mughals centuries ago. The record is also a culmination of years of musical exchanges with Dhanashree, performing with her at many prestigious venues in Bombay, and in other cities of India as well. At this stage in his career and with this as well as with Pure together with his latest, most beautiful songs released on Bandcamp together with his now-wife, Paula Jeanine with the working title Into The Light. Through it all and in fact all through his working career Richard Bennett appears to offer the kind of interpretation that cajoles, engages and even challenges traditional ways of perception and of playing music. His spirited style still has its bite, but there is also a warmly communicative manner in his musicianship and that is something to be treasured. Somehow it does not seem too long when Richard Bennett is more widely known, both as a pianist and as a musical iconoclast, which is something I will wager any money that both are roles he is particularly proud of.