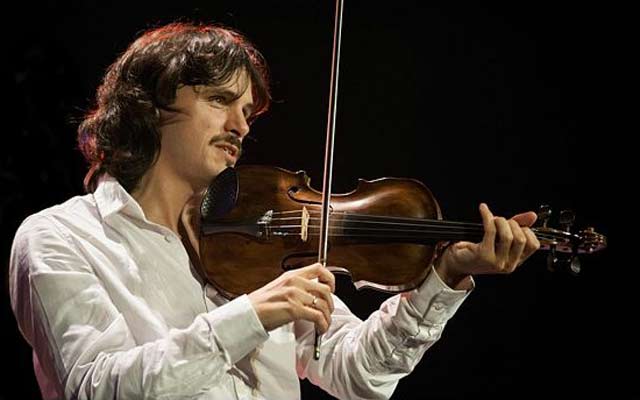 “Bura Termett Ido,” that exquisite ancient work, appears to have taken a leaf from Koen de Cauter’s book on Terug, the Guido Gezelle album, in that it creates the noir mood around the seeming disappearance of a way of Hungarian life. It also sets the perfect tone for the manner in which the rest of the repertoire of the region is played—in a powerful unison of strings and clarinet, with the only percussive element being the melodic percussion of the cimbalom, an instrument closely related to the Persian santour and the medieval English zither. Limberger is outstanding throughout. His playing is sensitive and yet carries regal authority as he bends and flutters notes, swirling in brilliant flashes in upper and lower registers. In his playing a whole era of the proud musicianship of ancestral greatness comes to life. 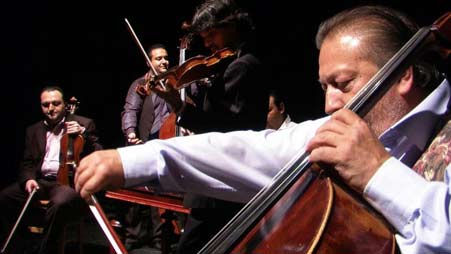 The command of his Gypsy Orchestra is complete. In Olah Norbert’s bracs (derived from the Italian, braccio, meaning “arm”) is bowed in unison and the density of his textural playing and the multiplicity of the notes he plays make up make up more than half the orchestra. Ruszo Istvan’s violin provides brave support to the instruments in this register. Szegfu Karoly’s cello adds brilliant counterpoint throughout, never interfering with the lead, orprimas voice of Limberger. Csikos Vilmos’ double-bass plays in darting arco con brio movements throughout, adding a dark, rich color to the rest of the strings. Faher Istvan’s cimbalom adds percussive color to the music, his notes gently rising barely above and receding below the melody. Lukacs Csaba’s clarinet darts in and out of the melody, adding brilliant flashes of singular personality and brilliant color to the repertoire.

Tcha Limberger turns Nota on its head here as traditionally most of the singing was by non-Gypsy people. Here, however, he combines the typical rubato playing with precision vocals—extremely hard to weave in to at precise points when the melody is so seductive and fluid. And, of course, his violin work conjures vivid images of Paganini. So in many respects, Limberger returned Hungarian folk music to its roots, despite playing in the Magyar Nota idiom, he purified it’s folk melodies that were seemingly lost to time when Bartók and Kodaly came across it, much to their own consternation.

So, like Bartók and Kodaly, Tcha Limberger—despite a brilliant project that brought to life music thought by many to be dead—also found that the existing literature of this Magyar Nota, although related to folklore, was not true to its (folkloric) origins. On the other hand, a higher level of poetic mastery existed in a much older form of Gypsy folk music at the heart of the Romany Nation. This drew him to plunge deeper into the world of folk song—a journey made with such great depth only by Bartók and Kodaly before him. This world he found, almost untouched by time, located in the Kalotaszegi region of Transylvania, in Romania. 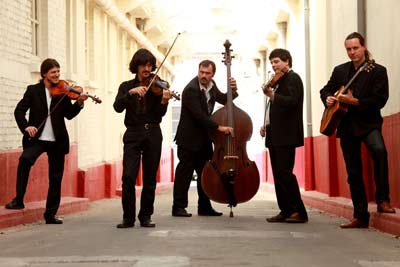 “When I told my young Hungarian friends,” he says in notes as his expedition proceeds deeper into the Carpathian region, “that I wanted to learn about it (Magyar Nota) they strongly suggested listening to and learning the much cooler, nicer and really great traditional music from Transylvania—a style that was definitely considered to be Hungarian folklore… Listening to this music, which generally doesn’t play many other styles, it seems more alive and much deeper. Another very nice discovery for me was that the musicians here are much more willing to play at any time of day and I was lucky to be accepted as one of them, by all those musicians I liked most.”

Limberger’s modesty is typical. Actually he immediately forges a relationship with the legendary Neti Sandor, who actually stopped him on a road one day, because he “thought I might be a Gypsy.” That night Limberger and Sandor got together to jam and they played until dawn. It was then that they paid him the ultimate compliment, referring to him as “Lakatos Sandor,” a name that seems to have stuck with him forever now. But from the early part of the 21st Century Limberger began to immerse himself in this music, playing with Neti Sandor until his untimely demise in 2006.