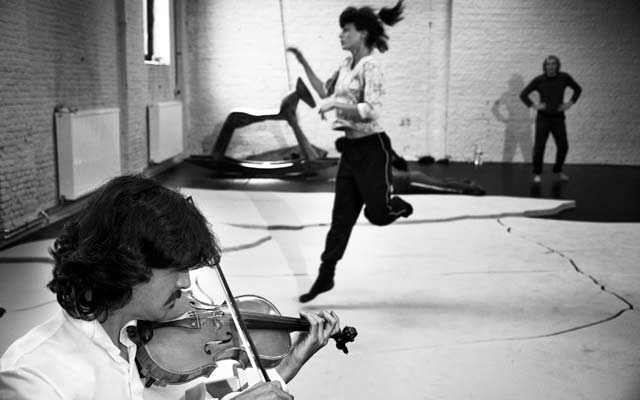 He also learned that over the centuries of this music’s existence the lines between Hungarian, Romanian and Gypsy has blurred. He often found that slow Hungarian tunes could be turned into quick Gypsy dances and a Hungarian czardas into a Gypsy lament. Although he finds the purity of the folk melody that Bartók sought, Limberger finds a much enriched source today that is pure in its folklore, but enriched with the passage of time and the mingling of all the cultures that came to be colored by the influence of the magical wand of the violin that the Gypsy virtuosos seemed to have waved over it for centuries. And it all happened in the Kalotaszegi, Carpathian region of where Hungary, Romania, Slovakia and Bulgaria meet. 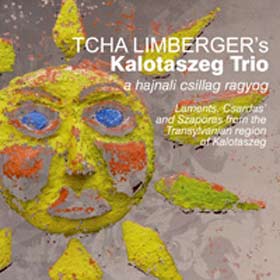 Here he also met Neti Sandor’s accompanists, the great bassist, Berki Viktor and the bracs player, Toni Rudi. After some itinerant traveling and deep study, immersing himself into the soul of the region. “What I like very much about the music of Kalotaszeg, is that it is a mixture of two cultures, very well mixed as if they would always have lived in peace next to each other,” Limberger proclaims. “These were songs traveling around the country… ornamentations [that could have been] Hungarian, Jewish, Gypsy or Romanian. If I fell in love with the music of Kalotaszeg, this is, of course, because of the beauty of the country, the pure air and the warm hearted people all around, things I can hear through the music.” The music beckons Limberger even when he was not there in Kalotaszeg. “It is as if it were a kind of home-sickness,” he says, “It even helped me, indirectly, but surely, in my research and struggle to learn and play Magyar Nota.”

What Tcha Limberger has given back to the music that seduced him fifteen, maybe twenty years ago is an album of utter genius, memorable and quite permanent. A Hajnali Csillag Ragyog (lejazzetal, 2010) is a triumph like few recorded documents in the history of the music of our times. The title of the album translates, very much the soul of the project as it awakens the region with the magnificent purity of its sound: “The Morning Star is Shining.” A collection of eight masterpieces—laments, czardas and Szaporas (the latter two, traditional folklore dances gloriously performed by the Gypsies of the Transylvanian region of Kalotaszeg. 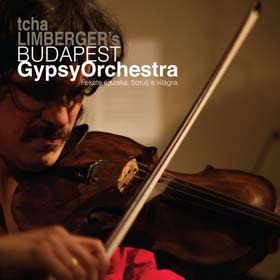 Tcha Limberger’s playing here is at its peak. His bow strokes are relaxed—almost as if there were no bow at all and it was really his arm whipping and swirling the air around the violin to create the music out of thin air. He makes notes weep and wail, then dance interminably as the strings get more animated. When telling an autobiographical story of the “bad guy” in the village, in “En Vagyok a Falu Rossza,” his playing is rapid, darkly colored and delightfully roguish. Ever the griot of the village, he extols the architectural beauty of the local church and its floral surroundings with chorus after grand chorus. On and on he plays, seemingly like an ancient Gilgamesh en route to and reaching out to a sort of Holy Grail, willing himself with unabashed love for the prize. The notes—his, Berki Viktor’s deeper ones, and the broad glissandos of Toni Rudi’s bracs —ascend upward like thick clouds of emotion as the music pirouettes into thin air dancing… then vanishing into the blue. The record is memorable.

“My aim,” Limberger said, “by playing this Kalotaszegi music is absolutely not to change it. I was very honored when Viktor asked me to play and to take them to Belgium on a tour. Some day, after a long gig, with a glass of palinka (homemade plum brandy), Rudi told me, according to him my tone is very similar to Neti (Sandor’s). He said, since Sandor died (in 2006), I am the primas whom he prefers to play the slow “lamentos” with. He was very emotional about it and for a foreigner primas it was the biggest compliment.”

This was a moment to cherish. So was the violin of Tcha Limberger, soaring above the sadness of Neti’s death: Bartók with wings…

Credits: I owe a great debt to Marie-Lourdes Saldanha, my aunt and first great teacher at Trinity College of Music, London. She first fired my imagination about so many of the great composers including Bela Bartók and Zoltan Kodaly. Thanks to Dave Kelbie, lejazzetal, for his tireless work in advocating for and promoting the music and culture of the world of Romany. Dave Kelbie also introduced me to the music of Tcha Limberger and I have not stopped flying since then. Finally—and most importantly—thanks to Tcha Limberger, for opening his extraordinary life and music to my questioning heart and for everything he shared so generously.