To virtually every Indigenous Artist, almost anywhere in North America Miss Sainte-Marie is – what would be considered in the world of a sort of contemporary Holy Roman Empire – something of a Saint Cecile, patron saint of music. She is also certainly something of a legend among Indigenous Peoples, elevated to the rarefied realm where the greatest of artists – past and present – reside; men and women such as Pete Seeger, Bob Dylan, Leonard Cohen and Joni Mitchell; on her way to joining Woody Guthrie, Charlie Patton, Robert Johnson, Son House, Howlin’ Wolf, Willie Dixon and others – to put her in the context of traditional American music, or Chabuca Granda, Bebo Valdés, Ignacio Piñero, Arsenio Rodriguez, Violeta Parra of South America and the Afro-Cuban/Afro-Caribbean or the great Māori Prince Tui Teka, of the equally great Australian Aboriginal musician and composer Mandawuy Djarrtjuntjun Yunupingu. 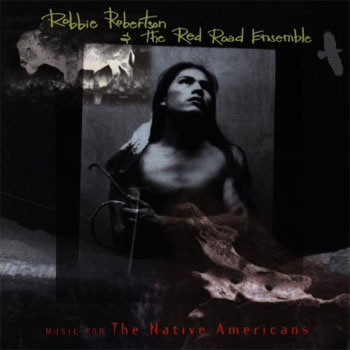 But while the music of the Indigenous artist may be listened to and enjoyed enormously – as has been proved by phenomenal enthusiastic crowds at mainstream events such as The Festival International de Jazz de Montréal (Montreal International Jazz Festival), year after year there is an enormous barrier to entering the world of the Indigenous musician. This is in large part apathy. Language, though a significant element in the process of deep-diving into this world, can always be overcome as has been seen with approaching the music of the Latin world – French, Portuguese, Italian and Spanish. Still the issue of unique and, for now at least, seemingly insurmountable for language experts describe Inuktitut, the Inuit language, as highly contextual and so structurally complex and minutely interleaved that nouns and verbs are formed as they are spoken, according to the current state of the thing or action they are describing. This feature of the language has made it very difficult – if not impossible – to produce an Inuktitut dictionary. To reach a larger audience the Indigenous artist must therefore sing bilingually, sometimes even when the audience is indigenous, thanks to the virtual destruction of their language by the colonial attitudes of Christian missionaries and successive Canadian governments.

As with Inuktitut, perhaps, so also with other Indigenous languages in which the one of the richest (Indigenous) cultures on earth is sung and has been sung for scores of generations. Which also speaks to the greatness of artists such as Buffy Sainte-Marie and succeeding generations of artists who have taken it upon themselves to preserve the wisdom of the ancients in languages that most – if not all – colonial societies did their best to suppress and destroy – none more viciously than those controlled by the iron-fisted rule of conquering Roman Catholics at the height of the spread of Portuguese, Spanish and French colonialism and by the Dutch and English under the guise of commerce to fatten the coffers of the monarchies that no doubt survived under the blessings of their respective churches. After all there is nothing that was taken from the long-suffering Indigenous people that was not taken in the name of God and country. Nothing, that is, until Miss Sainte-Marie and others like her who melded traditional languages with English and French to express their art which often involved not merely language, but other wondrous techniques such as throat singing.

Miss Sainte-Marie awoke the genius in so many of her peers and, of course, those of other times. One of these was Tanya Tagaq, a Canadian Inuk throat singer from Cambridge Bay (Iqaluktuuttiaq), Nunavut, Canada, on the south coast of Victoria Island whose searing and visceral vocalastics set the world of music aflame whenever she alights on stage or in the studio to make her music, which she sings in Inuktitut. Miss Tagaq has forged a bold new form of a capella throat singing primarily by singing her repertoire solo despite it coming from a tradition where it is normally sung by two women. But she is also so riveting an artist that even audiences of traditional women in traditional settings have bought into her brave and unique artistry.

The line of Indigenous musicians of course goes further back from Buffy Sainte-Marie and also spreads like a fertile delta across North and South America. However, the music industry – even one that profits from its latest invention: “World Music” – has only ever supported a handful of artists. One of them, Robbie Robertson, was probably more celebrated than any other Indigenous musician, albeit not for traditional Indigenous Music. Mr Robertson, the only child of an only child his mother, Rose Marie Chrysler, a Cayuga and Mohawk woman who was raised on the Six Nations Reserve southwest of Toronto, Ontario, was the prime songwriter of the legendary rock group known simple as The Band. Having started out as one of The Hawks, as part of the band backing the iconic Ronnie Hawkins, Mr Robertson helped form The Band before going on to tour and play behind Bob Dylan, eventually breaking away to form one of the most famous rock bands of all time.