Indigenous music rarely figured in Mr Robertson’s repertoire until The Band eventually disbanded after (American) Thanksgiving Day, November 25, 1976; their break-up having been marked by a legendary concert at Bill Graham’s Winterland theatre, which also became the famous Martin Scorsese documentary The Last Waltz. Mr Robertson’s career in music has experienced a second wind and among his recordings has been the barely-recognised and commented-upon disc with The Red Road Ensemble entitled Music of Native Americans (Capitol, 1994). The recording was originally made to complement a television film The Native Americans and also featured contributions from Douglas Spotted-Eagle, Mr Robertson’s daughter Delphine and a rare appearance by another Indigenous artist, Rita Coolidge. Miss Coolidge has herself enjoyed much critical and commercial success in the US when she recorded with her then-husband, Kris Kristofferson, as well as a solo artist. 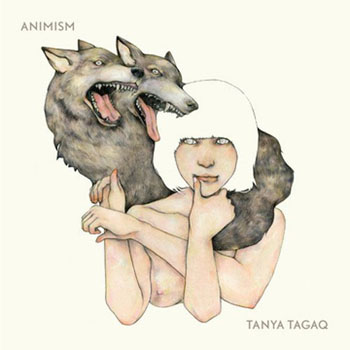 But like Mr Robertson, Miss Coolidge too has rarely taken the stage or entered the studio to create music of her tradition as artists such as from Buffy Saint-Marie to Tanya Tagaq have. Miss Sainte-Marie is perhaps the most widely-recorded Indigenous artist with over twenty albums under her own name since her debut It’s My Way (Vanguard, 1964). Miss Sainte-Marie is also the most celebrated with numerous awards on her proverbial shelf – including an Academy Award, several Juno Awards, a BAFTA and several Indigenous Music Awards too. Miss Tanya Tagaq began her recording career relatively recently but critics have taken notice of her magical musicianship and stage presence. Her brilliant 2014 recording Animism (Six Shooter Records) won the prestigious Polaris Music Prize, an annual award given to the best full-length Canadian album based on artistic merit, regardless of genre, sales, or record label.

There is no sign that the seemingly disinterested music industry that may also be ill-prepared to welcome the Indigenous artist simply because it has never thought to develop adequate infrastructure – Indigenous A&R executives, for starters – within monolithic structures to recognise the Indigenous Artist even as the roster is growing and includes Kelly Fraser, Colleen Nakashuk and Susan Aglukark, a singer from Arviat, Nunavut, who has won numerous Juno awards. And then there is the phenomenal operatic tenor Jeremy Dutcher who is an artist celebrated in the worlds of Indigenous and Classical music Still, with progressive governments such as the Liberal Government in power currently Canada and other not-for-profit interest groups such as The Iqaluit-based Qaggiavuut Nunavut Performing Arts all that may be about to change – at least in Canada.

Qaggiavuut is working to strengthen the Inuit and Nunavut performing arts through training, support, and advocacy for Qaggiq: an Inuit performing arts hub and strengthens, promotes, advocates and creates space for Nunavut Performing Artists with a focus on Inuit. It’s the hard work and advocacy groups like this one that was recently involved in co-hosting Floe-chella. It is a nick-name for an event that was held on the freezing tundra of Iqaluit, Nunavut where a small plywood stage and two tents set up in Frobisher Bay played host to a 50-strong-and ever-growing audience that welcomed Inuit musicians such as the inimitable drummer and singer Kelly Fraser, rapper Mister, electropop vocalist Riit, and Cynthia Pitsiulak and Charlotte Qumaniq who, together, make up the rather iconic throat-singing duo Silla + Rise.

Still the road is predictably uphill. And it begins right here in among the Inuk in Nunavut, which is not really as geographically forbidding as it seems almost left to fend for itself by successive governments in Ottawa. An official province, but peopled by a humanity dealing with dangerous levels of addiction, depression and suicide this is still a place for artistry to bloom and grow, its brutal history making for much of. It is a history of a people that is crying out for a reprieve. Speaking to Luke Ottenhof of The Guardian newspaper just last month (May, 2019) Miss Qumaniq opines: “When I moved to the city, when I was with southern peers, I thought they were not normal,” she says. “Things like never having been abused, never having been molested, never having done drugs, never having been beat up … I was like: ‘That’s weird that never happened to you.’ Then I started realising they’re not weird; I am”.