“I wish I could stay [in Nunavut] and give my kids all of the opportunity they have by living in the south,” she says. “It’s sad that we have to be disconnected from our home and our land and our people to be successful.” She hopes that change is coming. “I feel racism, I feel suppression, but when I pay attention to the positive, I hear: ‘You are valuable. You are Inuk,’” Miss Qumaniq. “I have some pretty dark realities that come with being Inuk, but the beauty far outweighs all of that. I got to be born Inuk, and it’s a beautiful fuckin’ thing.” Several other musicians who participated in Floe-chella also had much to say to Mr Ottenhof. Like Iqaluit rapper Mister for instance who reaches out to his community in an act of healing himself and others around him from the dark realities of his home-base. “I bring up suicide whenever I can,” he said to Mr Ottenhof. “Even just in the last month here, there were a couple local people [who killed themselves]. It happens all the time. If I could speak up about it, and get other people to speak about it instead of just feeling so alone, I think that’s the best thing I can do.” 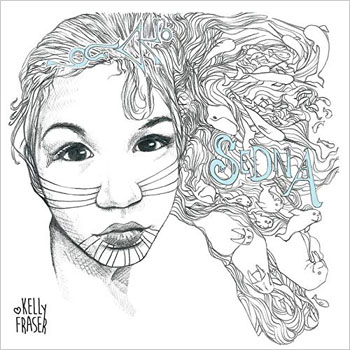 Nunavut’s music scene is the result of generations of knowledge, and helps the Inuit arts industry generate more than C$87m (£50m) a year for the Canadian economy. But their traditions – from throat singing to face tattoos to oral histories – have long been threatened by Canadian colonialisation, which, along with Christianity, outlawed critical parts of Inuit culture throughout the 20th century. Inuit families were forcibly relocated to unfamiliar, desolate parts of the high Arctic in government bids for northern sovereignty. They were given identification tags and forced into permanent settlements formed around military outposts. English was installed and Inuit languages were suppressed. The toll on the Inuit people was devastating. The Scots writer Melanie McGrath documented this heartbreaking relocation in her monumental work The Long Exile, a true story of deception and survival amongst the Inuit of the Canadian Arctic.

This intergenerational trauma has had a deep and enduring effect on the Indigenous artist. The prodigiously gifted Kelly Fraser is one such artist who has to wrestle with much of this in her past. Its scars are manifested in the visceral lyrics, the baleful harmonies and the forlorn thunder of her drumming. Miss Fraser, a drummer, throat singer and vocalist is one of the brightest stars on the Inuk landscape. She hails from the community of Sanikiluaq and is preparing to release an album entitled Decolonize, which focuses on these harms. Decolonisation, she says, “is to accept the fact that you are on stolen land, that you benefit from the suffering of another people, and that I am those people that suffer”. She emphasises that Inuit artists are nonetheless thriving – “We’re making history right now. These amazing artists are rising in real time” – but against these seemingly insurmountable odds.

Nunavut is the only province or territory in Canada without a designated performing-arts venue. Any music event in Iqaluit has to be held at the Royal Canadian Legion Veterans’ Centre, the local high school or even sometimes at the home of Steve Rigby, a drummer for local band the Jerry Cans. There is no arts council in Nunavut, no music school, or shop selling musical instruments, which have to be shipped from south of the province at forbidding cost. This is where Qaggiavuut, a nonprofit committed to supporting Inuit performing arts in Iqaluit, comes in. The group whose Executive Director is Ellen Hamilton has been raising funds for the territory’s first dedicated performance space. Qaggiavuut currently operates out of a small one-level home, where a poster reads: “Inuit performing artists need a space to learn, create and present!” Miss Hamilton says this is “a human right”. It’s hard to argue with that hypothesis when you listen to Kelly Fraser sing.

Miss Fraser wasn’t the only one who made waves during Nunavut music week. Qaggiavuut also hosted an evening performance of Arctic Song, a performance featuring ancient Inuit drum songs. The artists, gathered from across the Canadian Arctic, combined qilaut (an Inuit drum), singing, guitar and choreography into one narrative vehicle. It was an evening that will remain seared in the memory for a very long time. When it was about to end the performers invited the knowledge keeper and mentor Susan Avingaq to the stage as they prayed for the means to build the much needed performance space.

Prayers and healing are themes that are present in much of the Indigenous artist’s repertoire today. As Susan Aglukark says: “My career has also become my healer. They (Qaggiavuut) are creating musical resources that can be used in universities, in our schools, in our language, by us. As we build these culture bridges… and paths for the next generation of young leaders to take. We have an opportunity to get that all right.” And when they do perhaps we will be celebrating a different kind of Indigenous History Month; one where the artist will no longer feel that he has, in the words of Robert Frost: