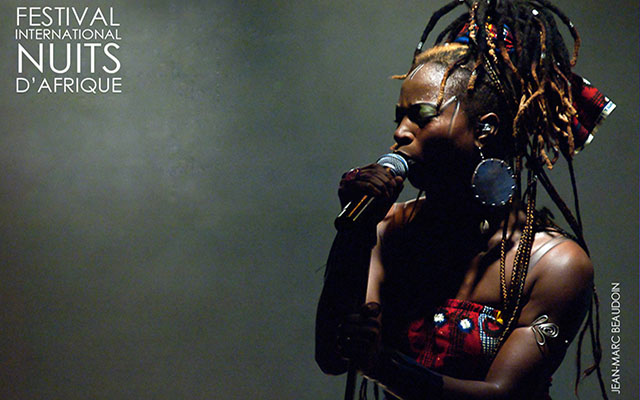 World music styles are an infinite source of creation for electro artists. The NUITS D’AFRIQUE SOUND SYSTEM series, presented by CISM at the Sala Rossa, is the Montréal hub of what has come to be called world 2.0.

Montréal is filled with talented artists who honour their roots while promoting the blending of cultures. The RYTHMES D’AILLEURS, GENS D’ICI series (Beats from elsewhere, people from here), one of the festival’s raisons d’être, is their privileged place of expression.

LES ÉTOILES DES NUITS D’AFRIQUE (The Stars of Nuits d’Afrique): The gathering place for late-night concerts, starting 11 pm at the Club Balattou: Putting the cherry on the cake. One of-a-kind shows, exclusive gatherings, lively jam sessions, a cultural blend – the very embodiment of the Nuits d’Afrique spirit. Free for all festival-goers who hold tickets to a Nuits d’Afrique show.