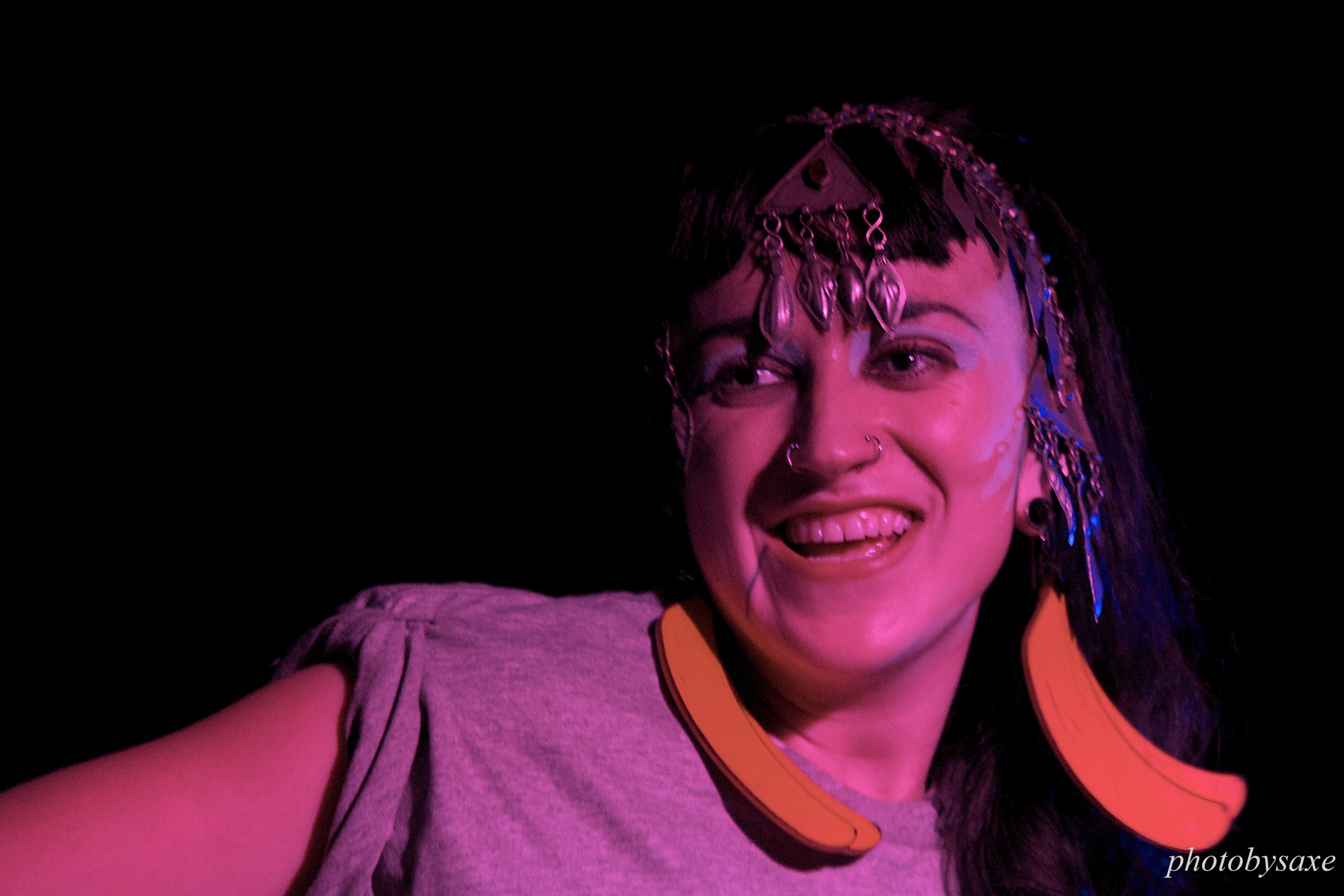 Hiatus Kaiyote are an independent future soul group based in Melbourne, Australia. The four-piece fuses neo-soul, hip-hop and electronic beats along with flavours of Latin, jazz and opera, all presented with a cinematic sheen.

The band formed in mid-2011, and ever since, they have been racking up accolades, including Best Breakthrough Artist Of The Year at Gille’s Peterson’s Worldwide Awards, album of the week on Gilles Peterson’s show on BBC Music 6, and props from luminaries such as Eyrkah Badu, Questlove, Shafiq Husayn, Miguel Atwood-Ferguson, James Poyser, Pharaoh Monch and Jean Grae. Their debut release, Tawk Tomahawk, peaked in the Top 10 played Albums on KCRW in June and July, 2012. Hiatus Kaiyote members are: Nai Palm, Perrin Moss, Paul Bender and Simon Mavin. 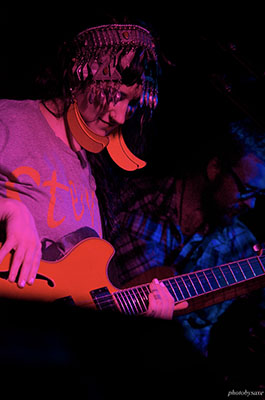 DE: Hi, basically I wanted to go the organic approach and really let you all just speak about your music, travels, how you all came to be. Also tell a little about your experience in Canada.

HK: Cool! well in terms of Canada we’ve been here for bout 4 hours and this is our first time in Canada. We went to a vintage shop and just finished sound check.

DE: How did you find the vibe coming into Toronto?

HK: Feels Different than the other side of the boarder but real good. It feels a bit more relaxed in Toronto so it’s real cool.

DE: How did you all get together and meet up with one another? I remember reading about how some of you met up at an artist community warehouse.

HK: Well, it wasn’t really so much a warehouse but more like a share house where a bunch of musicians had been living. It was like that for about 8 to 10 years. Many different generations moved in and out. We also had a studio in there at the time. We recorded “Tawk Tamahawk” in that house. Some of it was recorded in the studio and some of it in my bedroom because I lived there also at the time, and even some of it in the kitchen.

DE: I was also wondering about your experience with Erikah Badu and D’angelo?

HK: Well unfortunately D’angelo couldn’t do the tour at the time so that was a bit of a bummer but it was amazing to be on the bill with Erikah. We met a lot of  Idols back stage especially in Detroit. It was crazy even to the point that Dwele came up and spoke with us and even when he was walking up I was like this is crazy Dwele is coming to talk with us. It was such a great experience. 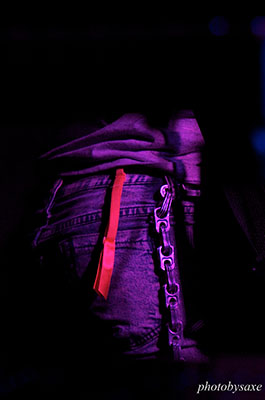 DE: It’s great to hear the stuff you all are doing musically as I really feel you have a lot of layers and sounds that you all fuse well together. It seems to give it a great feel that one can’t so easily box into one category. How do you go about the creative process when making your music? Do you find that you have a mix of various influences within the band that helps you all collaborate to get the sound you have?

HK: Yeah, we definitely feel we have various influences of different sounds and I believe over time we have really created more and more a unified sound, which is good ‘cause in the beginnings we did a little of this and a little of that and now we all kinda speak the same language even more. Now it’s like when Nai brings a song to us acoustically we start from the skeleton of the song and then we put ideas down. In the beginning it was harder to capture what we all wanted to put into it -influence wise- but now we are all at a point that it’s much easier to create what we all are thinking. The main thing is that we have developed a shared language that all the band members speak so it makes the process easier. There are times where someone has strong ideas and we take the time to work it out experimenting until we get something that works. We are really enjoying the process of it. We many times write songs all together at the same time also by starting out with jamming a song. Allowing ourselves to play stuff though and create on the spot. It’s always an interesting and great time. When we have these kinda sessions it allows us to build stuff we can pull from and drop into various other songs we create. A lot of great stuff happens when jamming songs out, even if it doesn’t fit the specific song that we are working on we find it a great challenge to find a special place where we can fit all these bits and pieces of these creative sessions. 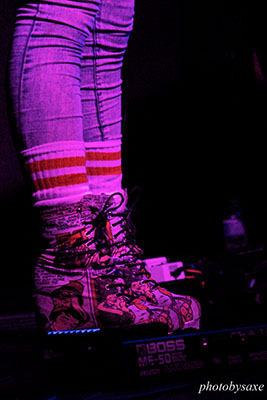 DE: I was wondering about the new stuff you all are doing as far as the location, your recording it and your approach to how you record the album and specific changes.

HK: The main thing is it’s going to be different in terms of how we record it. We’ve been using some high end gear to record this whole upcoming album that will give it the sound we are looking for. Some songs will take longer than others to produce but we are excited about it.

DE: Have you been playing a lot of new material on this tour?

HK: I guess we are but we still got old songs that we learned a long time ago, that we probably should play on tour but were not ‘cause we haven’t played them in a long time. So, when we get into the studio we will record them completely different than how we intended it to go, so, that will be fun. One of the new songs we have been playing on tour is a song called “Breathing Under Water”. It’s a new song Nai wrote and we’ve been playing it a lot now.

DE: I always hear a lot of interesting sounds in your music. I was wondering have you been experimenting with some new stuff for this upcoming album? 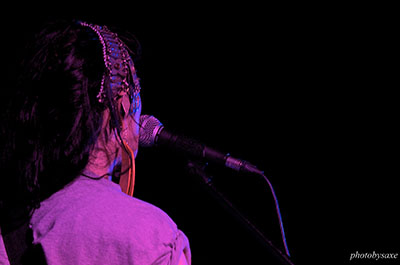 HK: I think the last album was a little different approach. We did a lot of recording in my bedroom where it was literally like 2 meters wide by 5 meters long. We did Bass, drums Vocals, and such. We got a thing called Luxury Budget which is what we called our production crew name, ha ha. We made do with what we had at the time available to make it sound the best it can. This time ‘round we will be using higher end equipment to capture what we are creating so it should produce some interesting stuff. It will still have its gritty real feel to it but it just will be even better captured sound wise. We may go with a little less layers so we can hear everything in detail. It will be a mix of different stuff though. I’m sure it’s not going to be too much layers as the process we will be recording the new album is going to be on reel to reel tape so once you’re done you’re kinda done. The sound that you get that way is really full and sounds great. Actually on the last record we recorded a song with the style of recording I mentioned. A song called Nakumara which is one of our most published songs. We recorded Nakumara in the reel to reel process. We are going to be using the same gear we used to record that song. That song was recorded with like one take and because it was on tape there was no time for playing around. We were happy with how it came out.

DE: Well, keep up the good works. It was great to chat with you all and I look forward when you all come out to Toronto again. Positive Vibes. 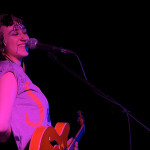 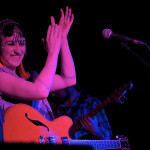 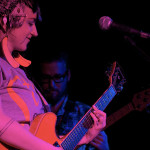 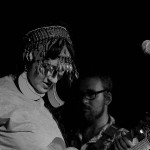 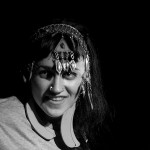 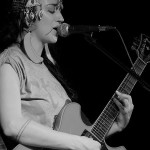 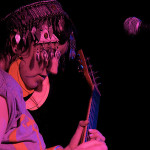 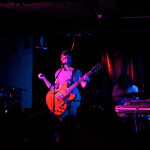 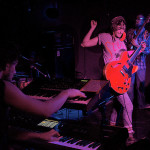 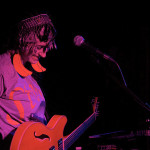 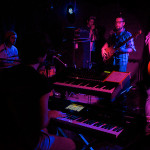 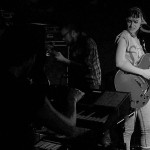