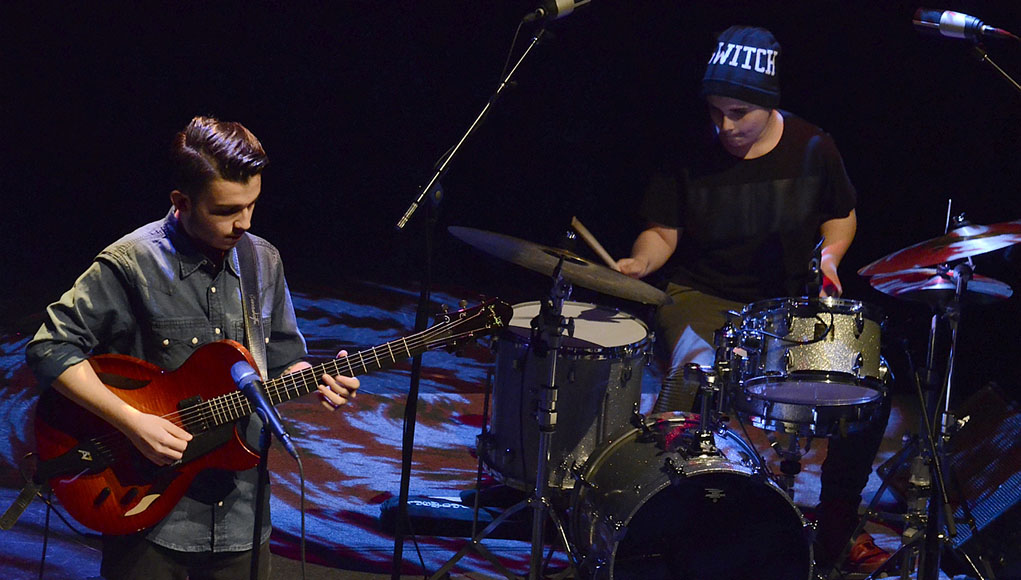 Protégé of Quincy Jones and David Foster, Andreas Varady is only 18 years old and has already made a name for himself in the world jazz circuit. Impressing critics and fans alike with his virtuosic musical skill, he has played some of the world’s top jazz festivals, including Bray Jazz Festival, Festival Django Reinhardt, Sligo Jazz Festival, Glasgow Jazz Festival, to name only a few.

Andreas Varady first picked up a guitar at four years old and began learning songs by ear. Since then he’s been unstoppable – from being the youngest headline performer (only 13 years old) at Ronnie Scott’s Jazz Club in London, UK, to releasing his first solo album Questions in 2010. A true musical wunderkind he has often been compared to the great George Benson, a personal hero of his.

Andreas Varady quartet is a real family affair. His dad, Bandi Varady is playing the bass and his younger brother Adrian is an outstanding, beyond his years, drummer. The quartet includes top Slovakian saxophone player Radovan Tariska.

This exceptional concert presentation on April 29, 2016 at Flato Markham Theatre was the perfect way to close the Theatre’s outstanding 30th season.

Andreas Varady was born in Slovakia into a Hungarian gypsy family. He began learning the guitar at the age of four under the direction of his father, Bandi. In 2007 Varady’s family moved to Limerick, Ireland and after two years of busking in Limerick and Cork he met Irish drummer and producer David Lyttle after writing to him on YouTube.Lyttle began featuring him in his band and in 2010 produced Varady’s debut album Questions for Lyte Records.The release of Questions and Varady’s growing presence on YouTube brought him to the attention of Martin Taylor, Louis Stewart, Tommy Emmanuel, and later Quincy Jones. In 2011, at thirteen years of age, Varady performed at Ronnie Scott’s Jazz Club, London, and historically is the club’s youngest headliner. He also appeared on the front cover of Guitar Player magazine and at festivals in France, the UK and the South Pacific. In 2012 Varady was invited by Claude Nobs to perform at Montreux Jazz Festival as part of Quincy Jones’s Global Gumbo, which Jones presented. Varady performed with the same group in New York and Los Angeles later in 2012, and signed to Jones’s management company in January 2013.

Andreas Varady signed a record deal with Verve Records in October 2013 and recorded his first album for the label in January 2014. The first album is self-titled “Andreas Varady” and was produced by David Paich, Jay Oliver and executive produced by Quincy Jones. The album was released on 5 August 2014.