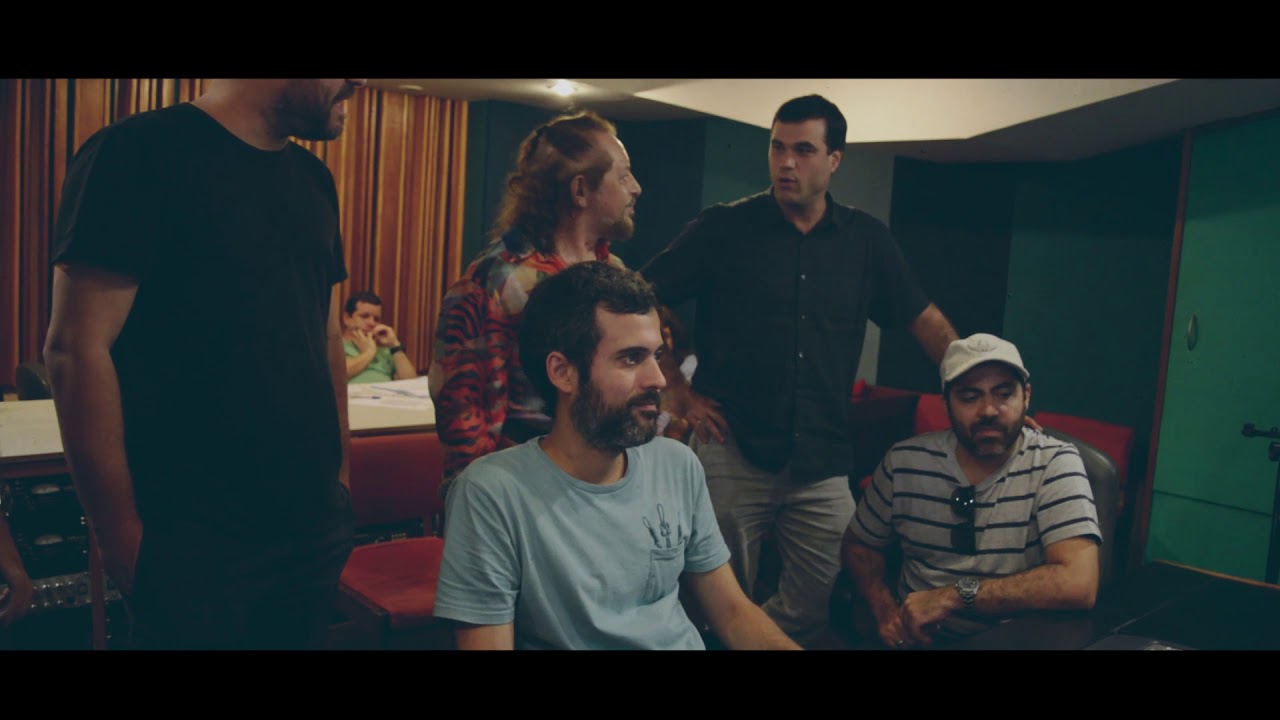 Official video of the single “Embira” from the album “+ 100”, by Casuarina with special participation by Geraldo Azevedo.

Created in September, 2001, Casuarina is one of the top groups of Rio de Janeiro’s new samba and choro scene. Formed by Daniel Montes (7 string guitar), Gabriel Azevedo (percussion and vocal), João Cavalcanti (percussion and vocal), João Fernando (mandolin and vocal)and Rafael Freire (cavaquinho and vocal), the group is part of a generation which, lacking the influence of the more traditional and representative part of Brazilian popular music, started by listening, searching, researching, and consuming the sambas that one day gave Brazilian music its own identity, the same sambas that for long were becoming exponentially disregarded.

This new generation of musicians, producers, and admirers of the samba and the chorinho brought back the taste of the Brazilian people to the rhythms. New monothematic groups and, inspired on the work of genius composers, started to present set lists that were already part of our subconscious, with new arrangements and production. Rio’s neighborhood, Lapa, a meeting place for bohemians within the first half of the twentieth century, was once again the place to be if one was looking for cold beers and long nights to the quality sound of songs by Cartola, Jacob do Bandolim, Chico Buarque, Nelson Cavaquinho, Ataulfo Alves, Ary Barroso, Zé Keti, Waldir Azevedo, Nei Lopes, and so many other creators, ancient, and modern artists.

Leading these group of “bambas”, Casuarina performed (and keeps performing) many important venues, not only on the neighborhood, but throughout Rio, like Ballroom, Carioca da Gema, Rio Scenarium, Fundição Progresso, Dama da Noite, and Circo Voador, disregarding great events like, projeto Roda de Samba and the 2003 and 2004 Carnavais, at Lapa – both promoted by the state of Rio – and also the 2004 edition of Samba no Trem, uniting the best there is on the genre to celebrate the Dia Nacional do Samba (national day of samba in Brazil), December 2nd. During their live performances, Casuarina already had very special guests like Arlindo Cruz, Wilson Moreira, Lenine, Walter Alfaiate, Noca da Portela, Délcio Carvalho, Luis Carlos da Vila, Marquinhos de Oswaldo Cruz, and not to mention the bateria da Portela and Imperatriz Leopoldinense.

Angelique Kidjo: Once in a Lifetime