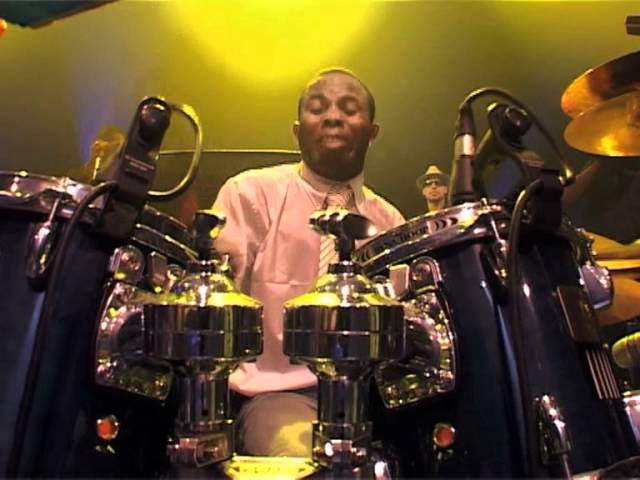 “Tabou Combo is to Haiti what Los Van Van are to Cuba or Kassav to Guadeloupe and Martinique” (La Presse, 2014). Two years ago, this legendary group from the Pearl of the Antilles ignited the outdoor stage in front of 25,000 people at the closing of the 28th annual Festival international Nuits d’Afrique. Fuelled by a powerful brass section, the energy mushrooms as the notes unfurl; such is the signature of this monument of Haitian kompa. Not to be missed under any pretext !

It was 1968. The world was changing, morals were evolving, and revolutions were rumbling all over the world. In Pétionville, on the outskirts of Port-au-Prince, two young men, Albert Chancy and Herman Nau, were making their own revolution: with friends, they created “Los Incognitos,” a name inspired by their total lack of recognition.

The following year, they changed the name to Tabou Combo. Since then, Haitian kompa has been adorned with influences from merengue, funk and soul, but the energy remains undiminished, and audiences keep asking for more.

In 1969, less than a year after it was created, the group won a competition on Haitian television and earned a countrywide reputation. In a few months, Tabou Combo became one of Haiti’s best known groups – before it disappeared after some of its members went into exile. Fortunately, they soon got back together and, despite a few changes, the group got going again in 1971.

In 1974, Tabou Combo became known in Europe through its new piece New York City. The following years were a time of new albums and international tours. In 1989, their album Aux Antilles became a best-seller for weeks on end in various European and Caribbean countries. Some of their pieces were used in films, in particular the song Juicy Lucy chosen by Maurice Pialat for Police.

Some of the musicians have been with the group since its early years of existence. They maintain a communicative energy and an irrepressible desire to convey their passion and enthusiasm to their audiences. As noted by Jonas Imbert, who jointed in 2005: “I watch the audience during our concerts and, whatever their origins, I feel their joy go back and forth between them and us. That’s the best sensation in the world! I feel privileged to play among these magnificent musicians.” A fine tribute to this group that has succeeded over the years in rising to the rank of legend.