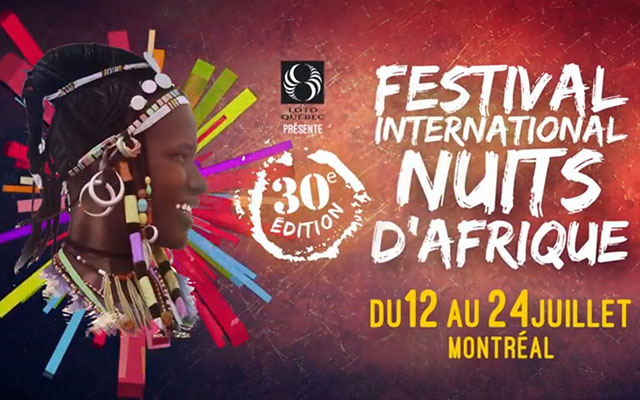 It’s been 30 years already! This year, Montréal’s Festival International Nuits d’Afrique is celebrating its 30th birthday – a historic edition to mark three decades of world music in a big way!

Just think back to 1987, at the Festival’s first edition, on Saint-Laurent Boulevard in front of the Balattou. What if Touré, the Festival’s president and founder, had been told his endeavour would become one of Montréal’s major events and a global benchmark, and that audiences would keep growing larger, with more than 550,000 festival-goers in 2015, would he have believed it? Yes, for sure, because Touré is a visionary. Right from the start, he understood the extent to which Montréal, a city open to the world, was the perfect place to establish an event of this kind.

Today more than ever, the Festival is the North American gateway for music from Africa, the Caribbean and Latin America, 30 years of bringing audiences to discover top international artists such as Youssou N’Dour, Amadou and Mariam, Tiken Jah Fakoly and Papa Wemba.

For this anniversary edition, the Festival holds in store for you an even bolder, more diversified and more innovative program. It will reflect the breakout of current musical trends and will also present the top legends of world music who have marked these last three decades. Among them are Algerian musical icon Rachid Taha, Haitian musical monument Tabou Combo and Cuba’s emblematic Orquesta Aragón.

And to embody the spirit of this 30th edition, the Festival International Nuits d’Afrique pays tribute to Manu Dibango, an emblematic artist who has marked the history of world music and of the Festival, playing the role of godfather many times.

Herby Moreau, the most loyal of friends, will be the spokesperson of this 30th edition, rolling out the red carpet for the world music top artists.

July 12 to 24, 2016, will be 13 days of festivities, of original concepts and of special events that await the public. More than 700 artists from 35 countries. More than 110 concerts and activities, eight series of shows featuring every trend in world music, at six venues in downtown Montréal. Not to mention, from July 19 to 24, six days of concerts and free activities in the heart of the Quartier des spectacles! 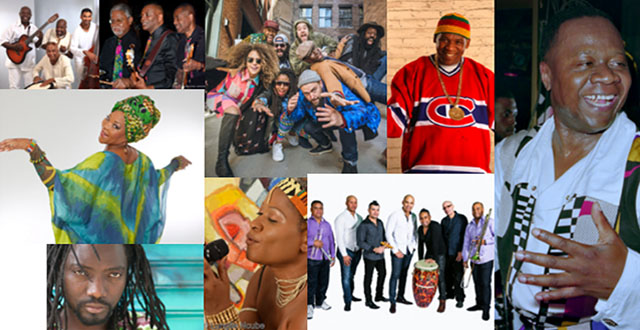 ***For this historic edition, the Festival is innovating***

For the first time in its history, the Festival will issue the Prix Nuits d’Afrique pour la francophonie, to Manu Dibango. Through his career and his personality, the father of world music presents a unifying vision of the French-speaking world and of the cultural diversity shared by the Festival. This award, created specially for the 30th birthday, will be recurrent and will be issued to an artist in each future edition.

At each edition, the Festival welcomes artists who stand out for their voices. This year, a new series is dedicated to them: “Voix du Monde” (Voices of the World).

With 30 candles on the cake, Les Disques Nuits d’Afrique will be issuing not one but two compilations of pieces by Festival artists. It’s a matter of keeping the highlights of this edition – and of earlier editions – alive all year long!

Another big new feature: on its 30th birthday, the Festival will be adding a sixth day of free activities and concert events, outdoors on the Parterre of the Quartier des spectacles. For the occasion, the Village des Nuits d’Afrique has been expanded and enriched. The public can discover the new ESPACE AGOR’AFRIQUE on the adjacent Îlot Clark (at Clark and de Maisonneuve), offering tons of activities for the entire family, including the SPHÈRE NUITS D’AFRIQUE – more than 40 daytime activities and an original immersive experience delving into the Festival’s history in the evening.

From July 12 to 24, 2016, Montréal will shake to the beat of the Festival International Nuits d’Afrique!