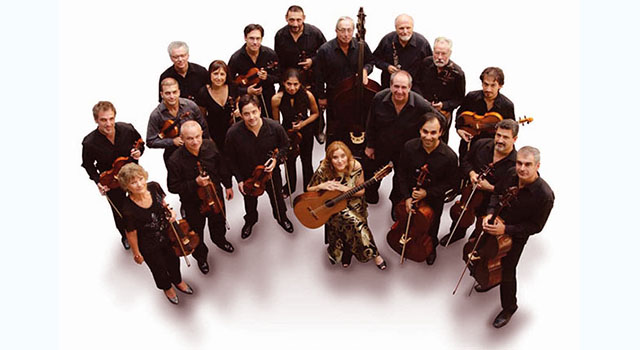 “History of Tango” was recorded in collaboration with the iconic Argentinian orchestra Camerata Bariloche, with 12 pieces than render a special tribute to the genre. 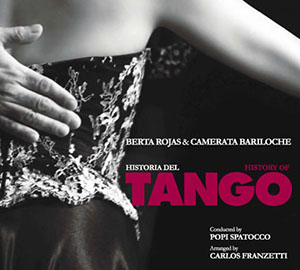 “History of Tango” was recorded in Estudio ION in Buenos Aires, where Astor Piazzola himself recorded 5 albums. The album covers some of the most iconic tango pieces specially arranged by Carlos Franzetti, Grammy and Latin Grammy winner.

In the heart of the album is La historia del tango (history of tango), originally written for flute and guitar by Astor Piazzolla and arranged for guitar and orchestra by Franzetti at the request of Berta Rojas.

Different periods and tango styles sound throughout the album, such as Astor Piazzola’s Oblivion; El día que me quieras, by Carlos Gardel and Alfredo Le Pera; Nocturna, by Julián Plaza; Taquito Militar, by Mariano Mores; Sur, by Anibal Troilo; Palomita Blanca, by Anselmo Aieta; Por una Cabeza, by Carlos Gardel and Naranjo en Flor, by Virgilio Expósito. The pieces of the álbum were arranged by Carlos Franzetti specially for this project.

“Popi” Spatocco, one of Argentina’s most respected musicians was in charge of the musical production and the orchestra. Spatocco  was producer and musical director of the renowned Mercedes Sosa and producer of “Cantora”,  awarded a Grammy and a Latin Grammy. Néstor Marconi is guest starring as “bandoneon” player.