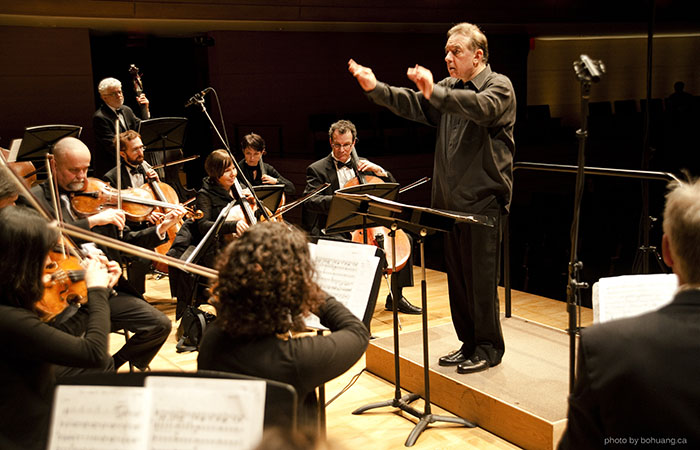 An Incredible Line-Up for this Season’s Opening Concert, Con Brio

Our 2015-2016 series opens on October 4th with a concert titled Con Brio, named after the work of German composer Jörg Widmann, whose piece sets the pace for the program.

Hurtling along at a speed set to create a sense of being “on the verge of the unplayable”, Widmann’s Con Brio produces a sense of daring and excitement as it transforms fast, furious characteristics from Beethoven’s 7th and 8th symphonies into an effervescent torrent of sound.

Canadian star Zosha Di Castri was the first young composer chosen for the New Voices project organized by conductor Michael Tilson Thomas with the New World Symphony (Miami) and San Francisco Symphony and music publisher Boosey & Hawkes. Esprit will perform her work Lineage, a major work alluding to an imagined culture from the past. The work was commissioned as the centrepiece for Zosha’s New Voices stint.

Two pieces by the prodigious British composer Thomas Adès appear in Esprit’s line-up this season, with the October concert, including the witty and surreal arrangement for large orchestra of Dances from Powder Her Face. Powder Her Face is the composer’s chamber opera depicting the sex scandal and gossip surrounding the Duchess of Argyll in mid-20th century British aristocracy.