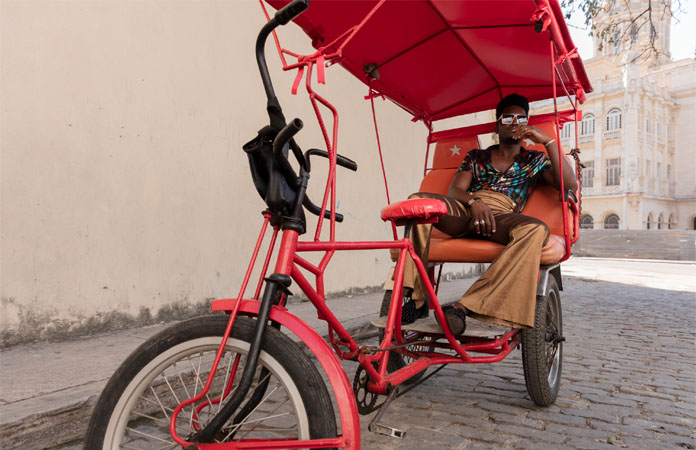 Cimafunk is an ambassador for the young Cuban movement that’s pushing traditional music in unexpected directions. His unique contribution to that scene draws from 1970s funk and African beats to create playful, high-energy Afro-Cuban music that Latin legend Fito Páez calls “the future.” Cimafunk himself calls it “Afro-Cuban Funk for your body” because it’s so hard to hear it and sit still.

Just over a year ago, Cimafunk was writing, recording, and self-producing his first solo album Terapia in a little home studio in Havana. Now lines for his shows go around the block. He has a shelf full of Cuban music awards, praise from Latin America’s top artists and critics, a deal with Cuba’s national record label, and a spot on Billboard’s list of “Top 10 Latin Artists to Watch in 2019.” 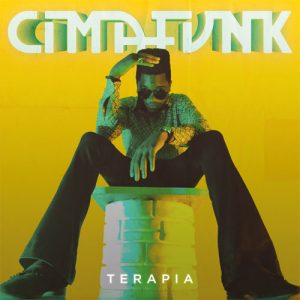 That’s just the beginning: Cimafunk and his ensemble are about to hit the U.S. on a coast-to-coast tour. Cimafunk is gearing up to electrify venerable venues like Tipitina’s in New Orleans, Old Town School of Folk Music in Chicago, and the Grammy Museum in Los Angeles. Cimafunk kicked off the tour with a SXSW debut that lived up to enormous buzz, lighting up Austin just like he’s lit up Havana.

“Cimafunk” is the artistic name adopted by Erik Alejandro Rodriguez and a statement of his musical philosophy. “Cima” pays homage to the Cimarrones. “Runaway slaves fled to remote areas of the island in order to form their own free communities with a new culture, neither African nor colonial.” Cimafunk explains. “That Afro-Cuban identity has been essential to my music for a long time.” The name signifies an openness to sounds from all over that tradition, wherever music has the same zest for cultural mixing, joyful survival, and self-determination. From that perspective, American funk is another strand of African diaspora music, one that Cimafunk loves for its power to get people dancing.

Cimafunk’s love affair with American sounds started early, when a lone Lionel Richie cassette provided the soundtrack to childhood rides in his uncle’s car. After eating, digesting, and recombining American music ranging from Marvin Gaye to Prince for years, Cimafunk is finally visiting the U.S. for the first time on this tour. Is he feeling the pressure? Not really, he grins, “I just want to see how people respond. I’m going to enjoy it, and make sure everyone goes home in a good mood.”

“Me Voy” (I’m leaving), Cimafunk’s breakout single, fuses Afro-Cuban carnival rhythms with funky slap bass and a flavor of Nigerian Afropop. Cimafunk’s voice sizzles as he sings what happens after the party’s over with sly innuendo: “I’m going home, but if you want, I can go to yours.” An award-winning music video follows Cimafunk as he dances on the streets of Havana with school kids, hipsters, and old folks, accessorizing his signature flat-top with mirror shades and a cheeky smile that’s as infectious as his funky groove.

The rise of Cimafunk’s star has been meteoric, but he’s earned it with a musical apprenticeship that crosses Cuba and its music scene. After youthful flirtations with trova and reggaeton criollo and a couple of years of medical school in his hometown of Pinar del Rio, Cimafunk made his way to Havana. He scraped by painting and buffing cars until he got a break singing backup for fellow Pinareño Raúl Paz. Singing and songwriting with Interactivo, the acclaimed Cuban musical fusion collective, completed Cimafunk’s education and readied him to go solo.

Friends from Interactivo, including Roberto Carcassés and Brenda Navarrete, lent their talents to some of his album’s tracks, but Terapia is all Cimafunk: his personal love-letter to the sounds of Cuba and America.

Everyone who heard Terapia knew it was something new and exciting, but Cimafunk credits his band for the energy that powers his live shows. The stage at a Cimafunk concert is crowded—a drumset and a set of congas, keyboards, backup singers who also play trombone—but Cimafunk never considered touring with a smaller lineup. “We are like a family, and we need to share the energy,” he says. “The whole process is like therapy. When you feel the connection between the musicians, something starts to wake up.”

Encanto Tropical: The Evolution of the Sound of Monsieur Periné