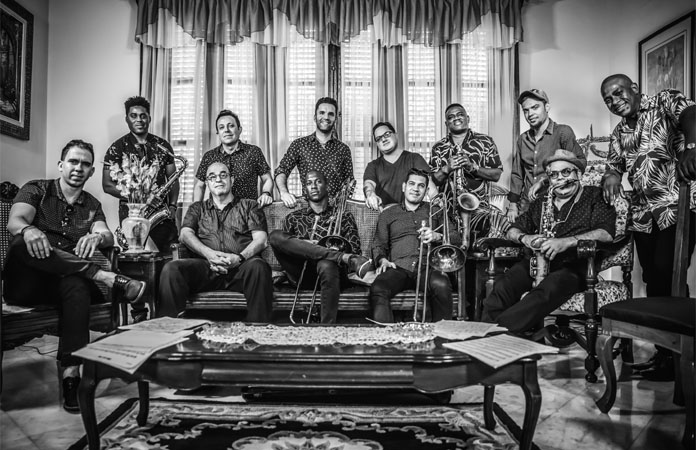 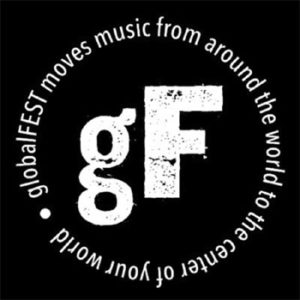 The showcase festival of global artists returns for its 16th year in a new home at the historic Copacabana in Times Square.

A storied nightclub, awe-inspiring music, and a pivotal time in American culture collide at this year’s globalFEST (globalfest.org). The springboard showcase festival returns on January 6, 2019 to Times Square to the Copacabana, the Latin, jazz, and pop hub with decades of culture-shaping history to its credit with three stages under one roof.

globalFEST artists are shaping history, keeping doors and ears open to the world’s ancient and contemporary traditions and innovations. Their sounds know no boundaries, speak to global audiences while drawing their strength from local traditions. Three stages host four acts each, giving musical travelers and performing arts professionals attending the APAP (Association of Performing Arts Professionals) conference a chance to sample a spectrum of styles. Artists who make their mark at globalFEST will likely be seen on stages across the US and internationally in the coming seasons.

Alongside the announcement of its new home at the Copa, globalFEST is announcing the first four artists for the festival, while simultaneously launching its annual crowdfunding campaign, which aims to engage several hundred music and culture lovers in support of bringing this mission-based not-for-profit event to fruition.

It’s been said that joy is a form of resistance, and this year’s lineup is a joyful celebration of intensely committed musical artists. globalFEST’s work and the work of its artists feels more urgent, more culturally relevant to the global conversation than ever. The festival sprang from the overheated rhetoric and overly restrictive visa policies following 9/11, committed to keeping US audiences connected and moving world music into the center of the performing arts field in the USA and around the world.

“That’s the mandate,” explains Shanta Thake, globalFEST co-founder and Director of the Public Theater. “We have to keep going and doing the work, because these artist voices from around the world, and in our own backyard, are important. It’s increasingly complex to bring international ensembles to the US, so as a presenting community, we need to push this genre forward.”

That mandate never eclipses the festival’s goal to celebrate the artists’ work, however. This year’s edition will unite a dozen ensembles from Réunion Island in the Indian Ocean to Ukraine, from South Africa to the American South. Some are committed to a lineage or to unearthing the neglected wonders of their home communities. Some are omnivorously listening and playfully combining beats and hooks, without forgetting who they are. Some turn musical experience into sheer intensity, into punk-inspired theatrical mayhem. Some do all of the above.

Among the artists announced initially are Cuban musical powerhouse Orquesta Akokán, whose brassy music harkens back to the 1940’s and 50’s heyday of Afro-Cuban music in New York, inspired in part by the festival’s new venue at the Copacabana; B.C.U.C. a high-energy group drawing on lesser-known South African styles and global pop sensibilities debuting in the US at the festival; Jeremy Dutcher, the winner of Canada’s prestigious Polaris Prize, follows in the paths of artists like Arcade Fire, Feist, and fellow globalFEST alumnus Tanya Tagaq. Dutcher, a classically trained pianist and opera vocalist, has revisited 1917 recordings from his indigenous Tobique community, which only has 100 remaining fluent speakers, to create powerful new arrangements of the songs in an profound project of cultural preservation and extension in his people’s native tongue. Magos Herrera & Brooklyn Rider: Dreamers combines lush arrangements and settings of socially conscious poetry by writers such as Octavio Paz and Violetta Para for Herrera’s smoky jazz vocals and a string quartet group which has collaborated with other globalFEST alums like the Silk Road Project and Kayhan Kalhor. New Orleans brass band-meets-Mardi Gras Indian outfit Cha Wa radiates the energy of the city’s street culture. Their album “Spyboy” (a nod to frontman J’Wan Boudreaux’s role in the Golden Eagles) is a modern mix of fiery, super funky sounds. One of the world’s greatest instrumentalists, Debashish Bhattacharya developed a unique approach to the rendition of Raga on the Hindustani slide guitar, synthesizing features of other instruments such as the veena, sitar, sarod, and sarangi. He is a frequent collaborator with musicians from other traditions, including Ustad Zakir Hussain, John McLaughlin, Driss el Maloumi, and Derek Trucks. A professed Southern Gothic songster based in Johnson City, TN, Amythyst Kiah’s commanding stage presence is only matched by her provocative and fierce voice—a deeply moving sound that stirs echoes of a distant and restless past.

The backdrop for the evening has inspired countless musicians over the years, and proved a source of inspiration for globalFEST in programming this year’s edition. “Since the 40s, the Copahas been one of the defining clubs in New York, with connections to the Afro-Latin, Cuban, Brazilian, pop, and jazz scenes,” say globalFEST co-founder Bill Bragin, who is executive artistic director at The Arts Center at NYU Abu Dhabi. “The club has an incredible history, and that sense of heritage influenced some of our artistic selections (like Orquesta Akokán).” We’re excited for globalFEST audiences to rediscover this venerable nightspot, which has allowed us to return all three stages back to one venue.”

The club’s focus on popular Latin and Afro-diasporic styles also suggested programming directions. “We connected some of last year’s artistic selections last year to the blues, in recognition of our home at B.B. Kings,” say Bragin. “This year we have emphasized some Latinx and tropical dance music.” These artists feel right for the times, when many performing arts venues are looking for Latinx artists and projects that speak to the complex political climate.

Another factor that plays into programming, as in the past, is the role of women, as many presenters are paying more attention on this front as well. “The gender balance of the lineup has always been part of our considerations,” notes Isabel Soffer, co-founder and head of presenting organization Live Sounds. “We have always made a point of focusing on female-fronted projects, and there are always many powerful ones to choose from. More than half are female fronted in this year’s festival, and we aim to support our colleagues in their search for artists. We hope to have an amplifying effect in terms of gender balance.”

globalFEST puts on an event with a  sweeping scope each year, yet its main function is as a service organization working to develop audiences for artists of note from around the world. In its service role, globalFEST will recognize three important players in the field with its second annual globalFEST Awards, shining a light on three professionals, artists, or organizations moving global music forward. The awards will be announced immediately before the festival on January 6.

“Over the years we have watched our colleagues engage with these artists and witness how the artists connect with audiences,” reflects Thake. “The festival is often an act of restarting a long conversation, or continuing a conversation. It’s about rediscovery and revelations that can have a real impact on what Americans around the country see on stage. It shows how necessary this work is.”