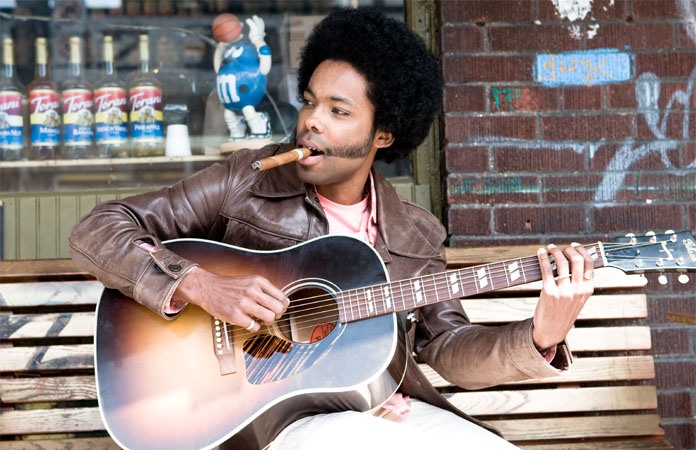 The spark of creation is a rare and special moment. That’s Alex Cuba’s favorite part of music-making: when inspiration strikes at 3 AM, stepping out into the little studio in his garage, turning on the heater (he’s made a home in the far north of British Columbia, far from the Cuba of his birth), and being alone with a new musical idea. His new album, Sublime, is all about “capturing that magic, while it’s still hot,” as Alex says, “in that moment of higher truth” (Caracol Records release: September 20, 2019).

Alex Cuba wanted to find just the right title for this new project. It had to strike a chord with his Spanish- and English-speaking listeners. It had to reflect the way he’s been distilling the Alex Cuba sound down to its pure essence. “One day I was listening to the masters, having a coffee, and all of a sudden the word crosses my mind: “Sublime,” he recalls. In Spanish, English, and even French, that title captures Alex’s goal: to find the spirit at the heart of his music, leaving out everything that doesn’t need to be there.

What’s left is that sound that brings together Afro-Latin influences into one distinctive voice, the sound that has already won him Latin Grammys, Junos, and three Grammy nominations. It’s purely Alex Cuba, while leaving space for Alex’s signature duets with artists both well known and about to break out.

For one thing, it’s Alex playing every instrument you hear on Sublime. “I’ve recorded with incredible musicians for previous albums,” Alex recalls, “but the vulnerability of these songs led me to this choice. It’s so simple, and yet so strong, I wanted to express all that myself.”

The album’s first video, for single “Yo No Sé,” gives visual expression to the process: Alex plays all the roles, from a grizzled bass player laying down a driving groove, to a beanie-wearing percussionist, to a trio of singers harmonizing syncopated staccato rhymes. “I recorded a vocal guide while I was arranging in the studio. It sounded so much like a bandleader telling the band what to do, the video idea was born right there. I knew it had to be the first single.”

Digging deep into his essential sound requires a certain maturity and honesty. As Alex’s musical career has progressed, he’s learned his strengths. “For years I was a rocker, a funky guy, but I know that my voice calls people to reflect on their own lives. The songs that stay with people are the ones that bring peace and calm, so I wanted to embrace that and be completely naked and intimate.”

That intimate feel, the careful attention to songwriting, and the largely acoustic sounds lend Sublime a vibe that could be called retro, and that’s okay with Alex. “Acoustic music just goes with my soul,” he explains. “I’m not against synths and electronics, but I’m not interested in just making a big noise and getting people to dance. I wanted the songs on this album to have some breathing space. I suggest things, leave things at a subliminal level. Every listen will tell you something else.”

Alex may be focused on his own sound and songwriting, but he still relishes collaborating with other artists. Duets with Ron Sexsmith and Nelly Furtado were instrumental in his career, after all. This time around, Alex pairs his voice with some of Cuba’s brightest lights: Pablo Milanés, a founder of the Nueva Trova sound; Omara Portuondo, the vocalist of the legendary Buena Vista Social Club; and singer-songwriter Kelvis Ochoa, the Cuban vibes king. “This album has the most important duets of my career,” Alex says. “Pablo shaped my generation in Cuba. I listened to his music almost every day of my life, so recording “Hoy Como Ayer” is a dream come true” (Single release: August 23).

Alex recorded Sublime in Canada and Cuba, the places he calls home, and also in Mexico and Spain. Sublime is graced by duets with artists in Mexico City’s music scene, both superstar Leonel García (one half of the duo Sin Bandera) and up-and-comers Silvana Estrada and Alex Ferreira. These songs came out of spontaneous collaboration, capturing ideas and emotions by bouncing ideas around together. “It is a wonderful thing to share,” Alex muses. “When you do it with the right people who think and feel alike, it’s an empowering thing to do. It’s like you expand your musical universe.”

From the pensive heartbreak of “De Los Dos” to the insistent groove of “Yo No Sé,” from the frenetic “Ciudad Hembra (La Habana)” to the easy optimism of “Dividido,” Sublime sees Alex Cuba pull off two simultaneous feats: honing his sound down to a sharp edge while expanding his musical universe.