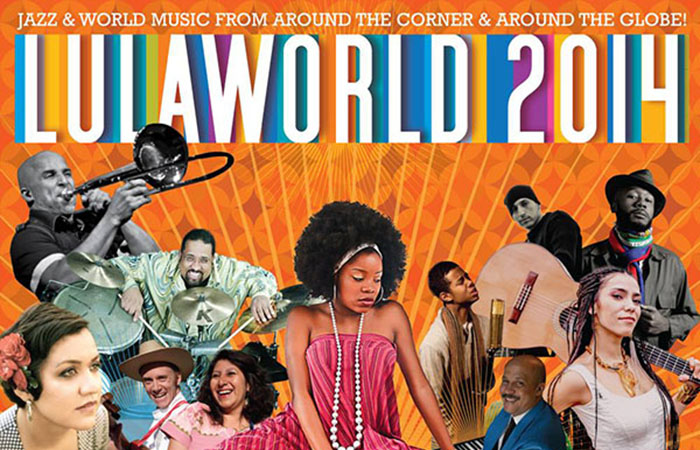 Now in its ninth year, The Lulaworld festival brings together Toronto’s finest world, jazz and Latin musicians performing alongside and collaborating with celebrated international guests. In anticipation of the Toronto 2015 PANAM games, Lulaworld will focus on artists with cultural roots in Mexico, Colombia, Cuba, Dominican Republic, Puerto Rico, Haiti, Trinidad, Guadalupe and Brazil and will also include influences from Angola, Israel, Portugal, Turkey and Italy.

The 2014 Lulaworld festival will highlight the incredible breadth and calibre of the Toronto live music scene. For the very first time, the festival will conclude with a day of free outdoor programming as part of Dundas West Fest on June 7.

Wednesday June 4
David Virelles with Eric McPherson
Followed by Rich Brown Trio
Jazz players at the vanguard of their generation from NYC.
Presented in partnership with the Music Gallery
7pm doors, 8pm show
$15 advance, $20 at the door

Reserve your tickets now at Lula.ca