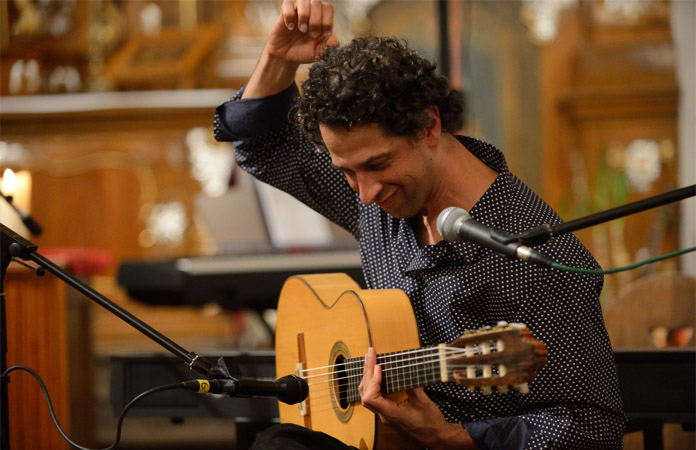 Itamar Erez is no stranger to exploring new musical territory. Trained in classical guitar, he’s roamed from Turkish music to Spanish Flamenco, from jazz to Afro-Brazilian sounds. But when Erez moved his young family from Tel Aviv to Vancouver, it felt like starting from scratch all over again. A requinto, a Mexican cousin of the guitar, had been sitting in his music room for years, as if the two needed to get to know each other. As Erez began to create a musical community again in his new home, he found inspiration to stretch his sound yet again. Picking up that requinto, Erez delighted in the playful feel of its higher register. The joyful optimism of that moment rings out in “Requinto,” the scintillating opening track of his new solo album, Mi Alegria, a celebration of all of Erez’s musical homes past and present (Released last June 20, 2019).

Erez has long been interested in pushing the boundaries of guitar. When renowned sufi multi-instrumentalist Omar Faruk Tekbilek invited Erez to join his ensemble, Erez had semi-frets installed on his guitar to achieve Turkish quarter-tones. They let him tease sounds reminiscent of the Arabic oud from his European guitar. His previous recordings with the Adama Ensemble and Yshai Afterman explored Middle Eastern music and its intersections with other world music traditions and contemporary jazz. Nurtured by all these experiences, Erez’s distinctive musical personality shines through in his new work on Mi Alegria. 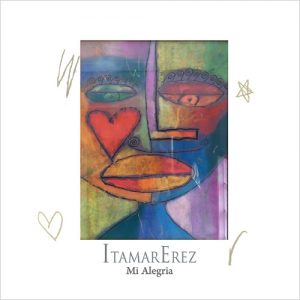 At the heart of Mi Alegria is a tribute to the family that came with Erez on this journey. In their first small apartment in Vancouver, Erez wrote and played music in a corner of the family’s living space. One night, he started improvising on his guitar, working on a new idea. His young son Yahli stopped playing to listen quietly, and said he liked it very much. Erez recalls “That gave me the push to finish the piece. I always tell this story when I play this song live, and he’s so proud that he helped create it.”

Titled “Yahli’s Lullaby,” the piece is meditative, even haunting, with the strong middle eastern flair of Erez’s guitar interlaced with Hamin Honari’s tombak and Francois Houle’s clarinet (evocative of the melancholy sound of the duduk). Yahli also contributed the abstract face on the album cover art, and he’s the figure in an atmospheric photo illustration on the inside.

Erez doesn’t play favorites- he dedicates the title track to his daughter Mia, weaving her name into wordplay on the Spanish phrase “Mi Alegria,” my joy. “That track also captures some of Mia’s playful mischief,” Erez smiles. It’s a lively, jazz-inflected conversation between Erez on the piano and guest artist Ilan Salem, Israel’s most influential flute player. 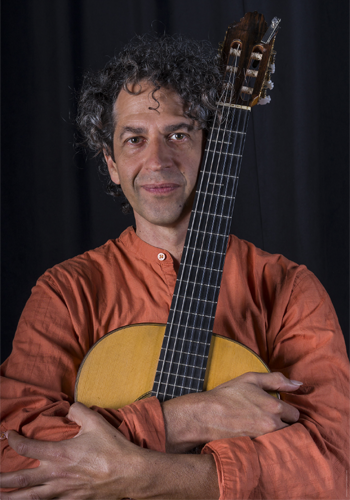 That’s right, guitarist Itamar Erez on piano. “I’ve been playing and composing on the piano for years, but this album is the first to feature my piano playing so prominently,” Erez explains, “It’s an interesting process to write on piano and shift to guitar, or vice versa. You need to find creative solutions to solve difficulties.”

On “Mi Alegria” and other tracks, Erez’s piano unites with James Meger’s bass and Kevin Romain’s drums to form a classic jazz trio, although they take on the intricate rhythm of the  traditional Middle Eastern “Samai” with equal aplomb. Guests Ilan Salem and percussionists Celso Machado and Dani Benedikt expand the album’s sonic horizons. Members of the musical community Erez has built in his new home are also important presences: clarinet player (and current Adama Ensemble member) Francois Houle and Persian percussionist Hamin Honari, with whom Erez frequently performs as a duo.

Despite the political dissonance between their homelands, Iranian Honari and Israeli Erez work in harmony. “We totally understand each other musically,” Erez remarks. “Hamin really supported me throughout this album project. He encouraged me to seek the grant support from the Canada Council for the Arts that made the recording possible.”