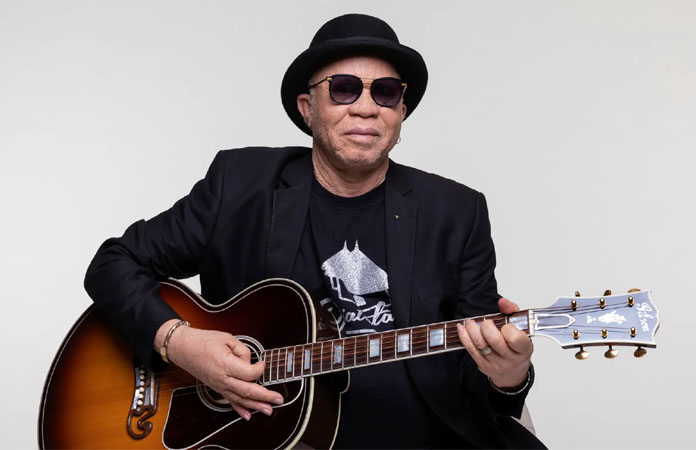 Some master artists transform their personal perspective into universally resonant art. That has been Malian icon Salif Keita’s way, since his first releases. Never shying from the bold contradictions of his own position as a white-skinned African (as he describes in the moving “La Différence”), as an adored outcast, Keita’s songs have moved people across the planet for decades. 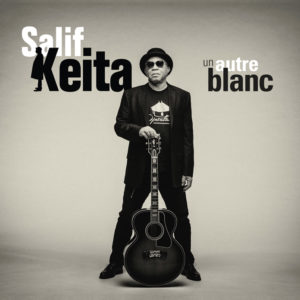 Now he asks listeners to consider Un Autre Blanc, his latest (and likely last) studio offering. The album invites his fans to celebrate our many differences and savor the many shades of experience. Un Autre Blanc showcases Keita’s songwriting prowess and his skill for lush, emotional arrangements, all revolving around the earthy gravitas of Keita’s voice.

“When some people sing, they create social change. Salif changed the old ways in Mali, our relationship to musicianship, to classifying people,” muses Dr. Chérif Keita, Salif’s cousin and biographer, as well as a professor at Carleton College. “Because of his condition, he had to latch on to what he could do to survive in a harsh environment in Bamako. Music became his salvation.”

Keita’s international notoriety began in the late 70s, as Mali established itself as an independent country, though the bard and prodigy had cut his teeth for years prior. Though he was not from a griot family, not a hereditary musician, he struggled and fought to be accepted as a new kind of voice in a new nation.

“He had to find a musical identity that would fit him,” Chérif explains. “He worked on it for decades, and over the years he came to identify with the idea of the hunter, with that body of secret knowledge that helps a hunter overcome the trials of the hunt in the wilderness.” Hunting knowledge included musical performance, and Salif drew on those images to craft a place for himself in Malian music and society. Then he worked to expand the possibilities for others.

Fifty years, numerous albums and numerous world tours and international collaborations later–projects with Carlos Santana, Wayne Shorter, Joe Zawinul, Vernon Reid, and Esperanza Spalding, among many others–Keita is retiring, leaving the world with one last vital statement. Though his work has highlighted the needs and rights of those with albinism in Africa, an experience he knows personally, his critique and clarion call for acceptance ring true for differences of all kinds.

“I’m a white man with a deep black African soul, and I have accepted that. Now you have to accept that difference and that contrast,” says Keita. Even if Keita leaves the studio behind, his activism on behalf of those with albinism will continue, as will his call to embrace diversity and honor people’s heroic everyday struggles for respect.