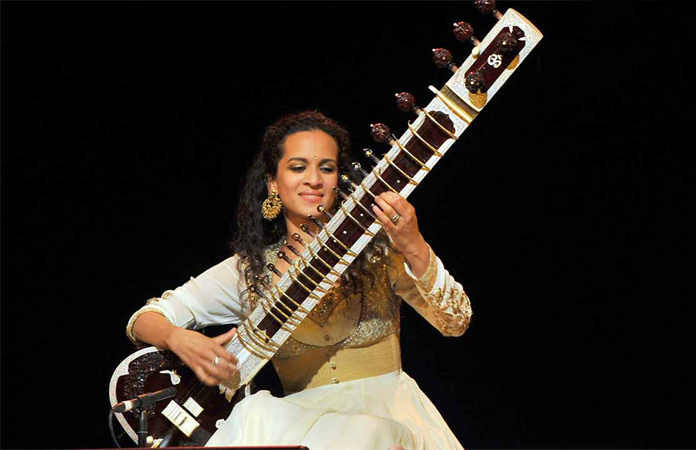 FUNDS TO BE RAISED FOR NONPROFIT “HELP REFUGEES” AT SUMMER CONCERTS

Touted as an Asian Hero by TIME magazine, Anoushka Shankar aligns visionary artistic pursuits with her impassioned fight for women’s rights and social justice. For more than a decade, Shankar has spoken out against sexual violence, human trafficking, gender inequality, and the refugee crisis. Shankar’s forthcoming U.S. tour is a call-to-action in support of people fleeing civil war, oppression, poverty and unbearable hardship, and offers an uplifting message of hope for these dark times. 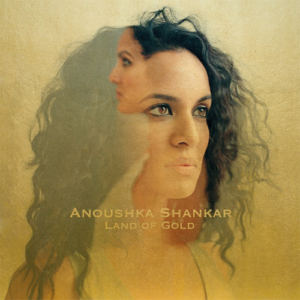 Land of Gold contemplates the common thread of humanity and its power to reconnect people divided by hatred and fear. An immediate response took shape while exploring the stories of the voiceless with 11 empowering original compositions featuring foremost female activists including global hip-hop star M.I.A. (“Jump In, Cross the Line”) and actress Vanessa Redgrave (reading a Pavana Reddy poem on “Remain the Sea”). German singer Alev Lenz lends an evocative vocal to the title track, and the inspirational Girls for Equality children’s choir closes out the album on “Reunion.”

Anoushka Shankar tours with two of the album’s guest artists including Manu Delago (Björk) and master player of the Indian reed instrument the shehnai Sanjeev Shankar, who was a student of her late father Ravi Shankar. Tom Farmer is on double bass and keyboards, with Dennis Fernandez and Natalie Brown leading the sound production. Immaculately intimate and urgent, the live performance of Land of Gold contemplates the common thread of humanity and its power to connect people divided by hatred and fear. The two yearlong tour of this album has experienced unprecedented success with over 60 shows across five continents, including performances at the Copenhagen, Rabat, WOMAdelaide & Glastonbury Festivals. The forthcoming U.S. tour has been added due to the overwhelming demand from audiences to hear this album live and the continued global relevance of the refugee crisis.

“I had recently given birth to my second child in the summer of 2015, when the nightmarish trauma of the plight of refugees began to sweep across our news channels,” comments Anoushka Shankar. “I was horrified by the intense contrast between my ability to provide for my children, and others who desperately wanted to provide the same security for their own children but were unable to do so due to unimaginable hardships. Land of Gold, which I was writing at the time, seemingly of its own accord became a response to the situation: a cry against injustice and a plea for empathy and connection. Although I felt overwhelmed with a sense of powerlessness to alleviate the suffering of others, I was painfully aware that, whilst I was physically remote from their harrowing experience, it was impossible for me to deny my emotional connection as a human being. My heart broke when the lifeless body of Syrian infant Aylan Kurdi washed-up on a Turkish beach, and the title song ‘Land of Gold,’ is a direct response to that tragedy. Since 2015, very little has changed, but fortunately there are excellent organizations like Help Refugees working to minimize the extensive suffering occurring as a result of the global refugee crisis. This summer, there will be bucket collections at my concerts in aid of this fantastic charity, thank to whom more than 722,500 people have received essential aid. It would mean the world to me if people at the shows could donate anything they are able to this cause.”

“We are absolutely over the moon that Anoushka Shankar has chosen Help Refugees as charity partner for her Land of Gold USA 2018 tour,” says Josie Naughton (CEO, Help Refugees). “Anoushka’s support and that of her incredible fans means the world to us, and will help us provide life-saving support for people fleeing war, conflict and persecution. There are currently thousands of refugees arriving in Greece every month, and funds raised through this fantastic partnership will go a long way towards providing them with essential items including food, diapers and clean dry clothes. The media is no longer talking about the situation so now, more than ever before, we appreciate Anoushka highlighting this cause and raising desperately-needed funds.”

Please join Anoushka Shankar in her support of Help Refugees’ Choose Love campaign along with other outspoken celebrities such as Oprah, Toby Jones, Emma Thompson, Tom Stoppard and Florence Welch as they share this simple yet powerful message to help refugees around the world. Direct donations to Help Refugees can be made on helprefugees.org

About Anoushka Shankar
Sitar player and composer Anoushka Shankar is a singular figure in the Indian classical and progressive world music scenes. Her dynamic and spiritual musicality has garnered several prestigious accolades, including six GRAMMY® Award nominations, recognition as the youngest — and first female — recipient of a British House of Commons Shield, credit as an Asian Hero by TIME magazine, and a Songlines “Best Artist Award.” Most recently, she became one of the first five female composers to have been added to the UK A-level music syllabus.

Deeply rooted in the Indian Classical music tradition, Anoushka studied exclusively from the age of nine under her father and guru, the late Ravi Shankar, and made her professional debut as a classical sitarist at the age of thirteen. Since launching her lauded career, Anoushka has led cross-cultural collaborations with artists such as Sting, M.I.A., Herbie Hancock, Pepe Habichuela, Karsh Kale, Rodrigo y Gabriela and Joshua Bell demonstrating the versatility of the sitar across musical genres. As an international solo sitarist, Anoushka has performed to sold-out crowds on many of the world’s most distinguished stages such as Carnegie Hall (NYC), Barbican Centre (London), Sydney Opera House, Philharmonie (Paris), and San Francisco Opera House.