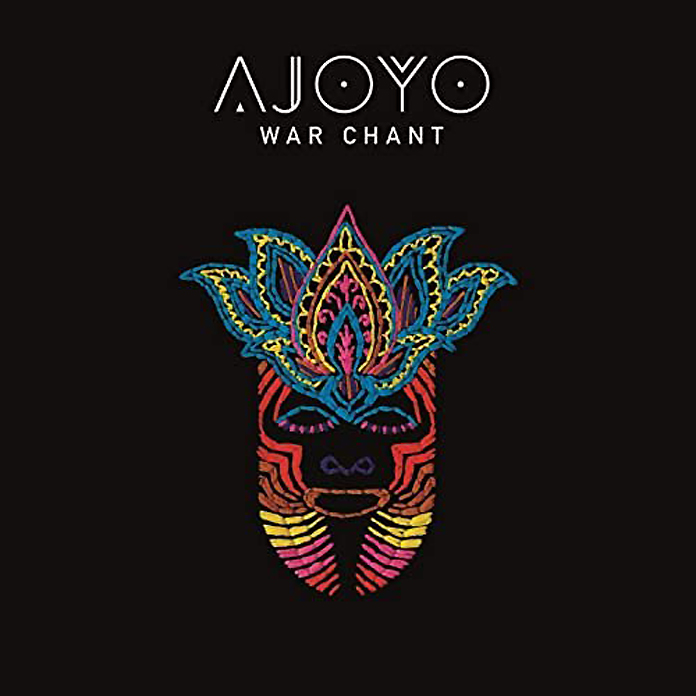 Ajoyo released their EP War Chant in the Fall of 2019 and have since followed that four-song release with a full album in the Summer of 2020. The album was always going to be eagerly awaited, especially after the group’s first – eponymously entitled – album. Yacine Boularès and Sarah Elizabeth Charles have, together, crafted music that is uniquely questing and joyfully alive, melding the undulating rhythms of North Africa – a fine and glorious mixture of Chaabi, the sounds of Arabic-Andalusian classical music such as Sana’a, Gharnati music and Ma’luf, woven into classical Arabic, Bedouin, Berber styles such as Staifi, Raï, Kabyle, Shawi, Tuareg, Gnawa and more. But the glue to all of this is to be found in the lofty vocalastics of Sarah Elizabeth Charles which, in themselves, are informed by an aria-like eloquence that sits majestically in the rhythmic realm of funkified Blues and Jazz.

That might sound like an elegant topographical railway system linking musical styles as far removed as Algiers is from New York City. But to leave it at that would be to give the impression of overcooking when in actual fact the whole project is a masterpiece of musical subtlety. The opener, “War Chant” picks up the thread of earlier Ajoyo music as African “hi-life” rhythms collide and knock about with Mr Boularès’ soaring woodwinds and the gutty guitar of Michael Valeanu, shimmering keyboards of Jesse Fischer and the human smears of Foluso Mimy’s djembe; each of them solo distinctively and sound equally exquisite in ensemble.

Songs such as “Assyko” are informed by a rippling jazzy groove that gently builds under Mr Boularès’ complex saxophone runs. Ajoyo has also brought in several wonderful musicians as guests on particular repertoire. The sensational South African vocalist Vuyo Sotashe brings his celestial voice to the hopeful song, “Better Love”. Trumpeter Takuya Kuroda informs “Assyko” and “Somber Joy” with his mighty wailing. “Syzygy” sparkles with the radiance of Joel Ross’s dazzling bluesy vibraphone runs; the brilliant percussion colourist Keita Ogawa bolsters the timbres and textures of “Assyko”, “Somber Joy” and “Same”, while Jonathan Levy holds down the low rhythms with his growling and rumbling bass and Akie Bermiss voices “Jojo’s Groove” as the rest of the rhythmists help launch the music into a rumbling, percussive groove.

The group has grown enormously in terms of creativity since Mr Boularès and Jacques Schwarz-Bart first shaped their sound with the advent of their early music. The new release – War Chant – with its exquisite balance and integration of melody, harmony and rhythm, composition and improvisation, exploration and tradition is superb and has been worth the wait. It is touching and toe-tapping in equal measure and – best of all – leaves you waiting to hear what the prodigiously-gifted Yacine Boularès together with Sarah Elizabeth Charles and the rest of the musicians will come up with in future.