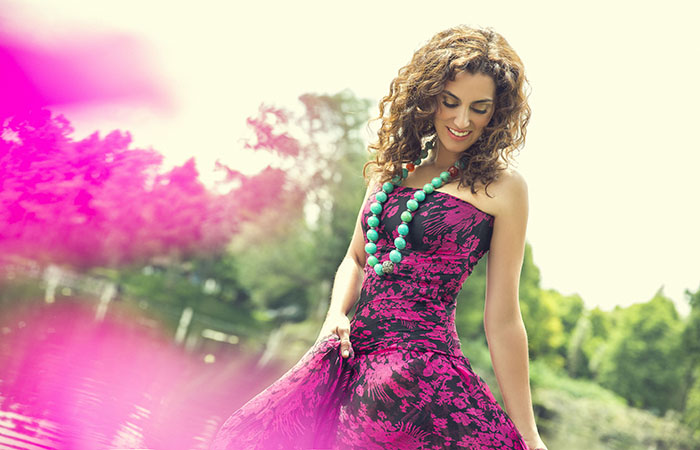 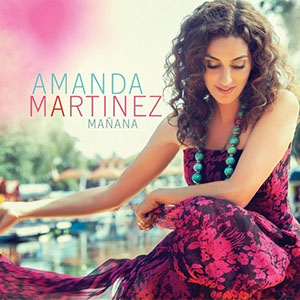 Amanda Martinez has been concentrating on her own music for some time since she made way for Laura Fernandez to take her Saturday afternoon spot on Toronto’s Jazz FM 91. And she has been doing a rather good job of it. Her album Mañana is her third since she went solo in 2006. Ms. Martinez has made dramatic progress since that year. She has exhibited supreme control over her voice which is a sensuous, husky contralto. And this she commands to be at her bidding as she swoops and sometimes soars like the proverbial bird on the wing of a welcome thermal. On Mañana Ms. Martinez puts her voice through its paces as she moves from deeply emotional charts that suggest she could “bleed” very easily. This is not to suggest any brittleness of sentiment, either personally or professionally, but rather that she comes at the listener from a well-spring of emotion. And when this happens, Ms. Martinez is ready to capture it all in what she writes and what she sings. She writes with great distinction, paying attention to minute shifts in tone and manner. She sings with attention to phrasing and nuanced expression; both of which she is very good at. Being of Latin extract, her enunciation of the language is impeccable and being Canadian, she sounds excellent as she sings in English and French as well.

Ms. Martinez has done better than she has ever done before. She has brought in the Grammy-winning producer Javier Limón on board to shape the sound design of this album. This is a master stroke and while it makes a departure, somewhat, from earlier work, which was informed by a Latin Jazz metaphor as well as—at times—an Afro Caribbean metaphor. There is a tendency here for the music to have a more Spanish flavour. This is dramatic and enriches the music; the horn of Alexander Brown adding the fiery, bronzed zest that is found in the music of Granada. And because of that the Mediterranean feel of the album simmers beneath the surface. “Mañana” is one of the charts that brings out this flavour in the grand manner. “Tenemos De Todo” is another one of those charts on which Mr. Limón puts his personal touch and the song is exquisite—handclaps and all. Ms. Martinez does return to Afro-Cuban fare even if it is in the English: “Let’s Dance” features some swaggering music especially in the outro sequence, where Pablosky Rosales lets loose on the tres as well as in his improvised vocals. Another superb touch by Javier Limón is the colour and timbre that he has added by employing dramatic voicings in songs such as “Días Invisibles”.

Just as important to the project is the renowned Canadian guitarist, Kevin Laliberté, whose virtuosity is absolutely sublime. In fact there are moments when Mr. Laliberté reaches such highs that his tricky guitar phrases are reminiscent of some of the great Flamenco virtuosos. Although Mr. Laliberté has always sounded wonderful every time he plays, he is especially outstanding on Ms. Martinez’s project. In the end, however, it is all of the above, but especially Amanda Martinez’s outstanding compositions and voice that carry the album to another level.

Amanda Martinez on the web: amandamartinez.ca

Amanda Martinez is a Toronto-based singer/songwriter whose music exultingly blends her unique Mexican and South African roots with flamenco soul. Her solo CDs have garnered her multiple nominations for Latin Jazz Performer of the Year, and her songs have appeared on three Putumayo world music collections: Bossanova Around the World, Latin Dreamland and most recently, Cafe Latino. Her third and latest CD “Mañana” was helmed by GRAMMY-winning producer Javier Limón and is set for release in 2013. Limón, whose production credits include acclaimed singers such as Buika, Mariza and Diego el Cigala, hails Martinez as “one of the greatest voices in the world.”

Martinez has headlined at the legendary Blue Note jazz club, at the 2010 FIFA World Cup Festivities in South Africa, and at the 2011 PanAmerican Games in Guadalajara, and is now honorary co-chair of PanAm 2015’s Ignite program. She will be performing in a series of countdown concerts to the 2015 Games, as well as speaking at events connecting athletes and sports fans with musicians and art lovers.

In addition to her music career, Amanda has worked as a radio host (launching Canada’s JAZZFM91 Latin Jazz program), TV personality (BRAVO Arts & Minds, Star TV!) and actress (Regnesis and Disney’s Life with Derek). She is also an ambassador for SOS Children’s Villages, a global organization that helps abandoned and orphaned siblings stay united as families. A young mother of three, Martinez calls the SOS mission “a cause close to my heart.”