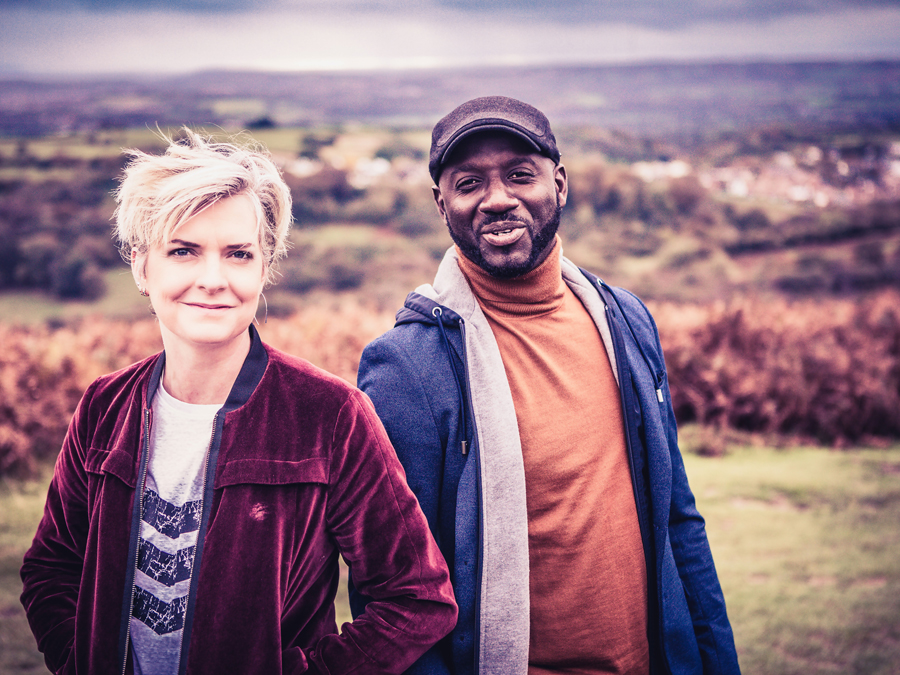 A string gently caressed, somewhere between pizzicato and a curved legato seemingly played with soft flesh; a chord strummed on a set of strings, a pedal depressed quietly changing the harmonics that embrace a melody… The music of Echo appears to be fashioned out of the hands of the ineffably brilliant Welsh harpist Catrin Finch, entwined with the harmonies of Seckou Keita, the master kora player born of a legendary line of Senegalese griots… It suddenly seems that all their earthly endeavours have a celestial beginning.

Certainly between the two ends of the taut strings of both harp and kora is a partnership made of the spirit – so much more than the machinations of the fingers of the hand on strings… more like giving the musical notes wing compelling them to fly off the staved paper as these notes then pirouette in the rarefied air.

This is exactly what appears to happen when the music soars in “Gobaith”, “Chaminuka”, “Dimanche” and “Dual Rising”, and on to the climactic finale of the recording – on both “Jeleh Calon” and “Julu Kuta”. At times the musicians appear to be so close together that not a ray of sunlight passes between them, despite the air of the harp, redolent of heraldic springing and spiraling cascades rippling through the air in the listening room…

Meanwhile, the kora, with its often coy tintinnabulations and lofty ululations seems to be more the “earth-mother” of the two instruments, so to speak [although the personifications of the instruments is often changeable] to reflect the yo-yoing and yin-yang of melody and harmony, sung – as it were – by male and female locked in an interminable and dance of fecund sensuality.

This is the third collaboration between Miss Finch and Mr Keita – perhaps the most monumental of the three [so far]. On songs such as “Tabadabang” Mr Keita employs the raw silk of his silvery falsetto to create vocals that swirl like ephemeral vapours around the melodic lines of his kora. Meanwhile the string septet adds much more than harmonic content to the four pieces – adding, instead an uncommon gravitas to the works.