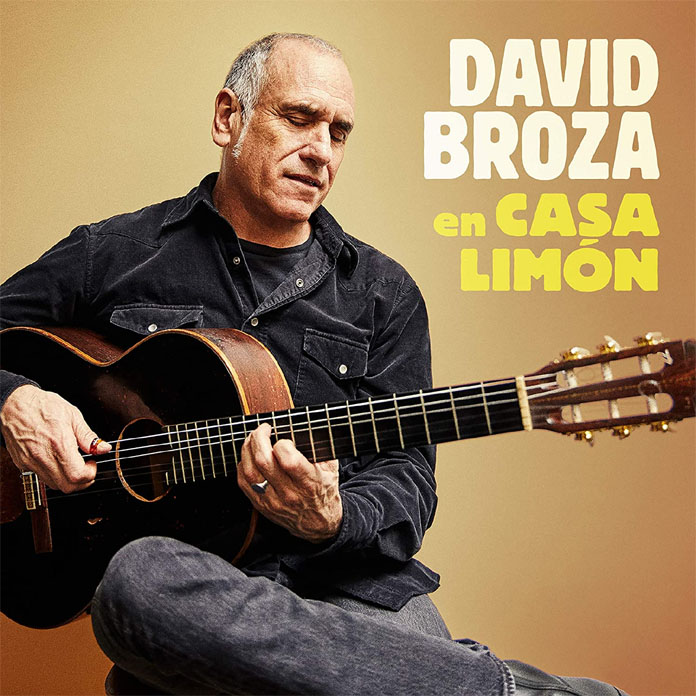 David Broza’s declaration that the internationalism of humanity lies in music – no matter the extent of numerous Diasporas across the universe – has never been in any doubt. We have had two examples of this not long ago: the first was the 2016 documentary East Jerusalem | West Jerusalem and the album Andalusian Love Song. However, this artistic thesis has never been more powerfully stated or – more exactly “sung” – than on en Casa Limón, a brilliantly conceived and [perhaps even more brilliantly] executed by the prominent and seemingly ubiquitous Javier Limón, himself a guitarist, but even better-known for his association with the legendary flamenco musician from Andalucía, Paco de Lucía.

More than anything else, the surprise of listening to a recording where he doesn’t sing a word of the lyric is quite extraordinary. Perhaps more extraordinary for many will be discovering just what an extraordinary guitarist Mr Broza actually is, as well as the fact that he is also a superb songwriter. He proves this song after song on this disc. The latter ought hardly to be in dispute as Mr Broza has several albums to his name; each of which strengthens his reputation. Somehow, however, this instrumental performance comes with its own rather attractive musical “nudity” – and not simply of body [so to speak] but of soul and spirit as well. This, too was not in doubt. But the eloquent power of this music is rather overwhelming.

Most striking throughout this repertoire is that Mr Broza’s humanity permeates the depth of this music and the guitar[s] on which it is played becoming, as the album progresses, a supreme means of Romantic self-expression. But whereas many of his contemporaries might [and do] use the instrument to create heroic portraits and vast panoramas, Mr Broza is an introvert and miniaturist, infusing the conventional song-form with an intimacy and an emotional intensity which can only be described as the poetry of feeling. Mr Broza is also a sublime technician and in his hands the guitar – with such techniques as “nut-side”, “nail-sizzle” and other percussion effects – becomes a veritable orchestra.

I feel sure that no matter how great this album is, its boundless beauty would be quite diminished were it not for the virtually invisible hand of Javier Limón. Well, not so invisible, it might seem, as the guitars – instruments made by luthiers so great that they merit being named in Mr Broza’s credits. In fact at least one of them has been played by no less of a genius than Paco de Lucía himself. No matter that fact, Mr Broza certainly proves that he certainly is a virtuoso worthy of putting his fingers to the instrument[s].

Also, with his being on board, Mr Limón has also brought with him the great percussion colourist Israel Suarez “Piraña”, while as Mr Broza plays his heart out the bottom-end of things is held firm by the superb rumbling of Dany Noel’s bass lines. Mr Broza’s artistry is also supported by a wonderful string quartet on the ethereal and elegant “Tears For Barcelona”. And although we didn’t need a reminder of the authentic beauty of Mr Broza’s Sephardic music we have a superb example in “Flor En Masada #3”. Also not to be missed in the almost diffident contribution of Randy Brecker on that song. All in all, an album to literally die for…