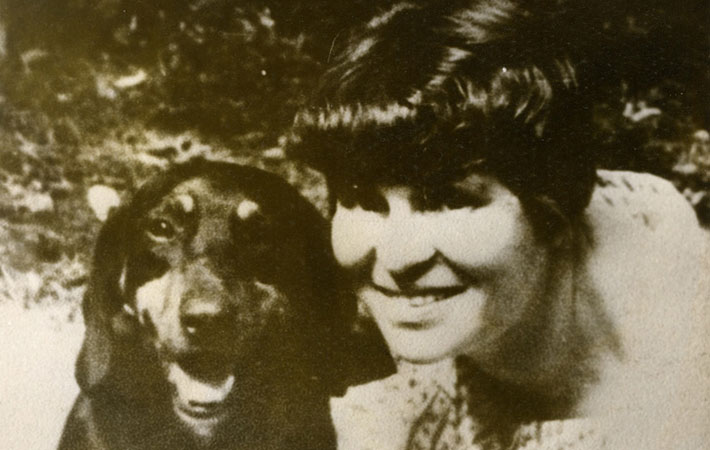 There is an intimate spiritual and artistic relationship between Shostakovich and Galina Ustvolskaya; one that has been compared to that of Schoenberg and Webern. Musically, however, she owed allegiance to no one, but ploughed her lonely furrow as if she existed in a time warp. Ms. Ustvolskaya also had a flair for the dramatic, which was perfected by her very existence in that “lonely” place. The composer liked to insist that “there is no link whatsoever between my music and that of any other composer, living or dead,” however there is counterpoint in her music, melded, of course, with her own wild idiosyncrasies: considerable use of extreme dynamics; employing groups of instruments in order to introduce tone clusters; and the use of piano or percussion to beat out regular unchanging rhythms (all of her acknowledged works use either piano or percussion, many use both. And then there is the use of few melismas, but of repetitive motifs and of sound and silence. The selection here of three great pieces reiterates her musical values and the Camus-like strangeness–L’Étranger in music. 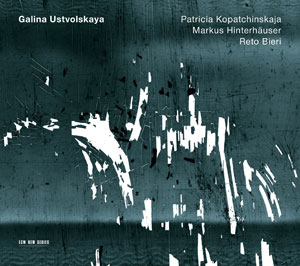 Markus Hinterhäuser’s three-dimensional performance is well-controlled as is his deft fingerwork on all of the pieces. His playing is expansive, subtly textured and full of hazy magic. His reading of the pieces stands out for the beautiful internal balances and melodic awareness and he fares best on “Duet for violin and piano. Mr. Hinterhäuser clearly and intelligently scales the composer’s constantly shifting dynamics, while bringing a degree of crispness and definition to the rapid, chattering passagework that surpasses some of the best-known interpretations of Galina Ustvolskaya’s difficult work. It is radically different from many of these interpretations and features headlong, Ustvolskayan flourishes that only become evident after the beauty of the music has vanished into thin air.

Galina Ivanovna Ustvolskaya was a Russian composer of classical music. From 1937 to 1947 she studied at the college attached to the Leningrad Conservatory (later renamed the Rimsky Korsakov Conservatory). She subsequently became a postgraduate student and taught composition at the college. Her composition teacher Dmitri Shostakovich said of her: I am convinced that the music of G. I. Ustvolskaya will achieve worldwide renown, to be valued by all who perceive truth in music to be of paramount importance. On several occasions Shostakovich supported her in the Union of Soviet Composers against opposition from his colleagues. He sent some of his own as yet unfinished works to Ustvolskaya, attaching great value to her comments. Read more…