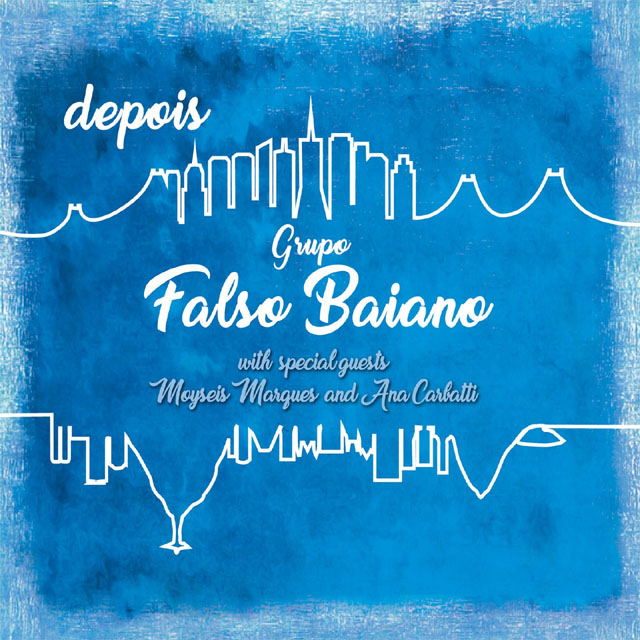 Charming as it sounds, choro is actually the hardest and most complex Brasilian music to master, much less to compose. Remarkably, Grupo Falso Baiano have not only done both on Depois, their third outing on disc but they have done so exceedingly well. Brian Moran, Morangão to his friends both in Brasil and elsewhere around the world suggests that Grupo Falso Baiano may also be the oldest choro ensemble outside Brasil but the group ought to claim greater bragging rights and go as far as to say that their music is also the most singular in the exclusive “choro club”. I would venture to add Anat Cohen and her Choro Ensemble to that list as well as the incredible Choro Club of Japan, which includes Oh Akioka on bandolim and guitar, Shigeharu Sasago on guitar and Jyoji Sawada on contrabass and effects. But I digress…

Brian Moran and his band of merry women – with a superwoman (if ever there was one) in the form of Ami Molinelli on pandeiro and other percussion – has, however, raised the proverbial bar on the three groups in question; not that there is a war going on, of course. However the musical chemistry between Morangão and Miss Molinelli, Zack Pitt-Smith and Jesse Appelman is intuitive and gratifying. As a result, their music sparkles with playful vigour and the immaculately dusty poetry and shuffling rhythm that rises from the streets of Rio de Janeiro. Recorded in glowing sound at several studios between the US and Brasil, which feels astonishingly lifelike this recital is a triumph for Morangão, Miss Molinelli, Mr Appelman and Mr Pitt-Smith.

Jacob do Bandolim’s “Bole Bole”, performed by the master himself years ago, is finger-cripplingly difficult and it can also sound thoroughly unseductive in the wrong hands. But by indulging the more lyrical passages with lashings of golden tone, Morangão makes it sound like a near-masterpiece. However, all members of Grupo Falso Baiano quite simply outdo themselves throughout this recital. In particular Miss Molinelli smoulders on “Vignette do Pandeiro” throughout its various sections. She even finds time for humour between some aperto de dedo sleight-of-hand when the notes start flying, while elsewhere, so radiant and eloquently natural are her responses to Morangão’s guitars and cavaquinho, Mr Appelman’s mandolin and Zack Pitt-Smith’s reeds that this feels like carping in this context.

The invited guests give of themselves equally generously – with the stars of vocalists Ana Carbatti and Moyseis Marques, trombonist Jeff Cressman and the extraordinary Lorca Hart ascendant – it appears that there’s no stopping the ride to glory. Everything sounds just perfect; freshly minted, so achingly supple and seductive, and ravishingly free of bar-lines and pyrotechnical display.