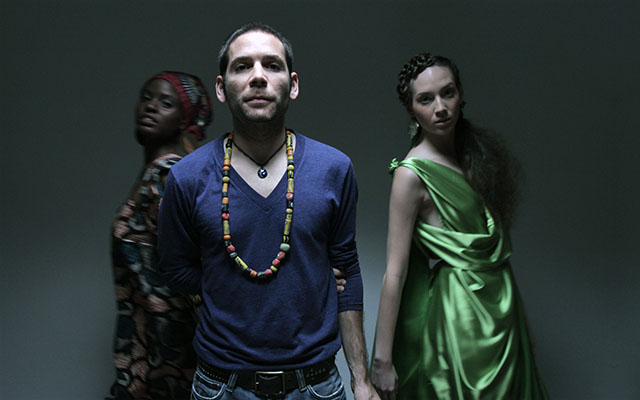 The deep energy of Henry Cole’s drumming comes from a singular ability to fond the rhythmic center of the music. Creating a wall of rhythm around this pulse, Cole wields a palette of astounding color and hue. Henry Cole is a unique musician. A spiritualist first, this aspect of his character informs everything else that follows. Cole’s music has a hypnotic effect on the inner ear, and it strikes deep inside the soul transmitting its powerful electricity to the whole body en route. Then there is that seductive energy that radiates from the skins of his drums, fibrillating at uncountable beats a minute as they are propelled by the magical wand like effect of his sticks as they strike those skins, eyeless, but leaden with the rhythms of heart and soul. In his first effort as leader on a record with a telling title, Roots Before Branches, Cole returns to the heart of his Puerto Rican origins, melding plena and bomba, like a medieval apothecary, with the giant root of all music in spirit—the Afro-centric beat that was so soulfully expressed by Fela Kuti of Nigeria, where Yoruba expression first grew and spread like wildfire throughout the Southern American part of the continent as well as the Caribbean and islands like Puerto Rico. 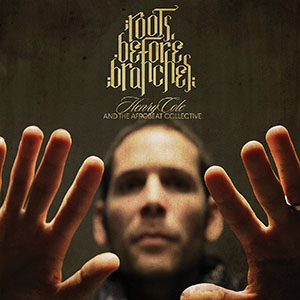 However, Cole’s music is not without a goldmine of melodic content. This he gets from the late classical style of composers such as Bartok, who enriched music with folk forms, and of course, in the world of jazz, or Afro-American music that was first changed by composers such as the great Charles Mingus, who recreated the world of music by imbuing the idiom of blues and jazz with holy rolling spirituality, mixed in with mariachi, cumbia as much as he did with the folksy classicism of Bartok and Khachaturian. Likewise Cole’s music is infused with all that the folk world of Puerto Rico has to offer, mixed in with the world of Afro-American and European music. This is especially exquisitely expressed on two tracks: “Solo dos Veces” and “Uncovered Fear”. The latter piece incorporates masterly arranged strings that set the stage for the dramatic uncertainty in the harmony of a truly well-conceived piece.

The deep energy of Henry Cole’s drumming comes from a singular ability to fond the rhythmic center of the music. Creating a wall of rhythm around this pulse, Cole wields a palette of astounding color and hue; these are energetically melded in a swirling motion that captures the very beating heart of the instrument through its variously tuned peripherals—snare, tom toms, bass and tympani’s—and he keeps the colors a mystery by tweaking the keyboards overdubs as he rotates his arms in wide arcs to strike various drums. “Solo” is a classic and it is so visual as to almost capture in moving pictures the energy and movement of his body as it lays siege to the drum set that he has such great command of.

With magnificent performances from a large, well-oiled machine of a group, plus guests of the stature of alto saxophonist, Miguel Zenón, tenor giant, David Sánchez and guitarist, Adam Rogers, Henry Cole has left an indelible mark on music with a singularly memorable debut record, so aptly titled as to almost point in the direction in which the master drummer will be headed in the near future.