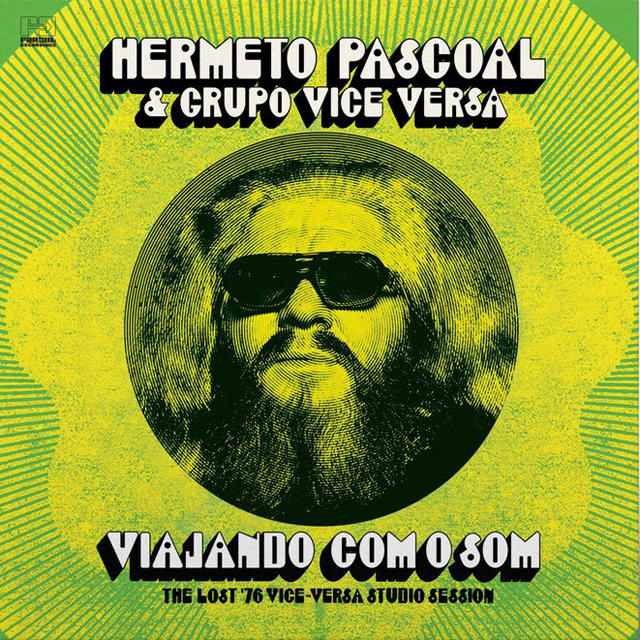 Every hundred years or so the world receives a rare (a musician, poet, sculptor, painter or dancer) an artist the like of whom the world has never experienced before. Hermeto Pascoal is one such musician. The raw and visceral music of the Brasilian multi-instrumentalist often sounds as if it has sprung into being from a point before or beyond the modern world, evoking elemental human or natural forces that are then channelled through musical instruments – often made by Mr Pascoal himself – and the voice, which is, in turn, is often found mixed in with vigorous gargling (sometimes with wine) or used to indulge in a series of yelps and shouts, or guttural noises. All of these sounds are melded into a magical sonic fabric to always produce the most wonderfully outrageous music.

Many of the compositions of Hermeto Pascoal possess the massive, rough-hewn quality of a prehistoric monument but are then infused with his native Brasilian rhythms to ultimately produce music of spare lyrical beauty and, on occasion, haunting delicacy. These four tunes on Viajando Com O Som (subtitled The Lost ’76 Vice Versa Studio Session) contain elements of everything essentially ‘Hermeto Pascoal’, although Mr Pascoal’s aesthetic is anything but predictable. However, no matter where his music takes you it can always be counted on to carry with it all that is quintessentially Brasilian. It is music that was conceived together with these musicians some of whom practiced regularly at Mr Pascoal’s studio space in his home in São Paulo and also performed at the legendary CAMJA (The Friends of Jazz) club.

The often raucous musical imagery is featured in these songs laden with choruses of shrieking woodwinds and madly plucked guitar and bass strings alternating with rumbling drums and percussion and – most magically of all – with hushed interludes of intense but muted lyricism produced by vocals and other vocal effects. The music appears to begin hesitantly in the preamble to “Dança Do Pajé’ which soon gathers momentum through the middle and end sections. After this there is no holding back Hermeto Pascoal and the musicians of Grupo Vice Versa. True to their name the music that follows in “Mavumvavumpefoco” has no precedent and simply seems to take its impetus from its virtually unpronounceable name.

That song is followed by a song (“Natal”) seemingly evoking natural forces that shape the planet, shaped by an extraordinary bamboo flute solo by the drummer Zé Eduardo Nazario. And the album then ends with the playfully entitled “Casinha Pequenina” which is like a brilliant jigsaw puzzle of brightly coloured musical fragments that all come together in the powerful crescendo that lights up the finale. Like anything produced by Hermeto Pascoal these musical gems, hitherto hidden from the world have been graciously served up by Far Out Recordings, a British label dedicated to Brasilian music.