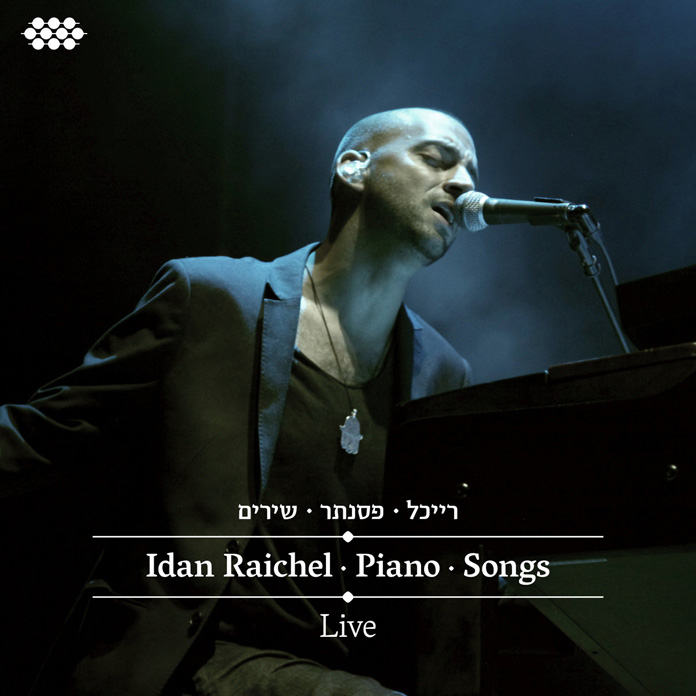 To share intensely private moments of artistry with audiences small and large is both rare and courageous. Idan Raichel exhibits both on Piano • Songs an epic double disc set that combines performances from seventeen performances – the notes tell us – at Israel’s Shuni Amphitheater. The booklet also tell us (through photographs) that these were complex and extraordinarily choreographed events but that ought not to detract from the urgency and earnestness of the music. The two discs combine both spiritual and secular music that has become a kind of high standard for Mr Raichel whether he has performed (largely) solo – as on this recording – but other recordings, such as the ones he released with Vieux Farka Touré.

And the obvious theatre, and rehearsed and choreography apart, and why Mr Raichel remains earnest and while he does not make any apologies for who he is and why he seems strangely reluctant to engage in a discussion on the plight of the Palestinians who live on his doorstep makes no difference to the impact of this music. It is profound and Mr Raichel is extraordinarily eloquent as he describes the life of the Israeli in modern Israel. And even if one did not take him at his word (or the absence of it) when he was black-balled for offering those on the Israeli left a reason why he does not engage in protest and/or dialogue (depending on which part of the political spectrum you fall), still Mr Raichel seems sincere – even a tad prophetic – in his determination to “preach” that change is probably going to come, through the epic lyricism of the music on these two discs, most especially on “Lisloach Ve’Lishkoach”, the English lyrics have been included in the booklet notes.

So even if you are unable to take him (so to speak) at his word, the fact is that this is a monumental live recording which, choreography and theatre apart, will be remembered as one of his best recordings to date. Here is music not only about everyday Jewish life and about worshipful spirituality, but also about hope in human endeavour and triumph. Best of all it is music that is earnest and performed in a manner that is inimitably Mr Raichel who delivers his music in a pure, high and lonesome velvet tenor frequently dwelling – musically speaking, of course – in the upper registers to capture the emotion of this heart-music. It is in this music that he throws caution to the winds and flies in the face of convention, drawing you into the narratives and characters, bringing both alive with his mesmerising voice. There is an unforgettable troubadour in Mr Raichel and he opens up to this aspect of his singing with quiet, yet enormous power.

The result, as this recording indicates is an ability to connect with his audiences in the same way as any popular superstar, something he also seems to know well, but the awareness of which he does not flaunt, relying on abject honesty to connect with his audience. The reflective suppleness of his songs and his ability to wear the emotions of each on his sleeve contribute enormously to making the music on these two discs something quite breathtaking to behold.